We Still Have to Address Problematic Shipping 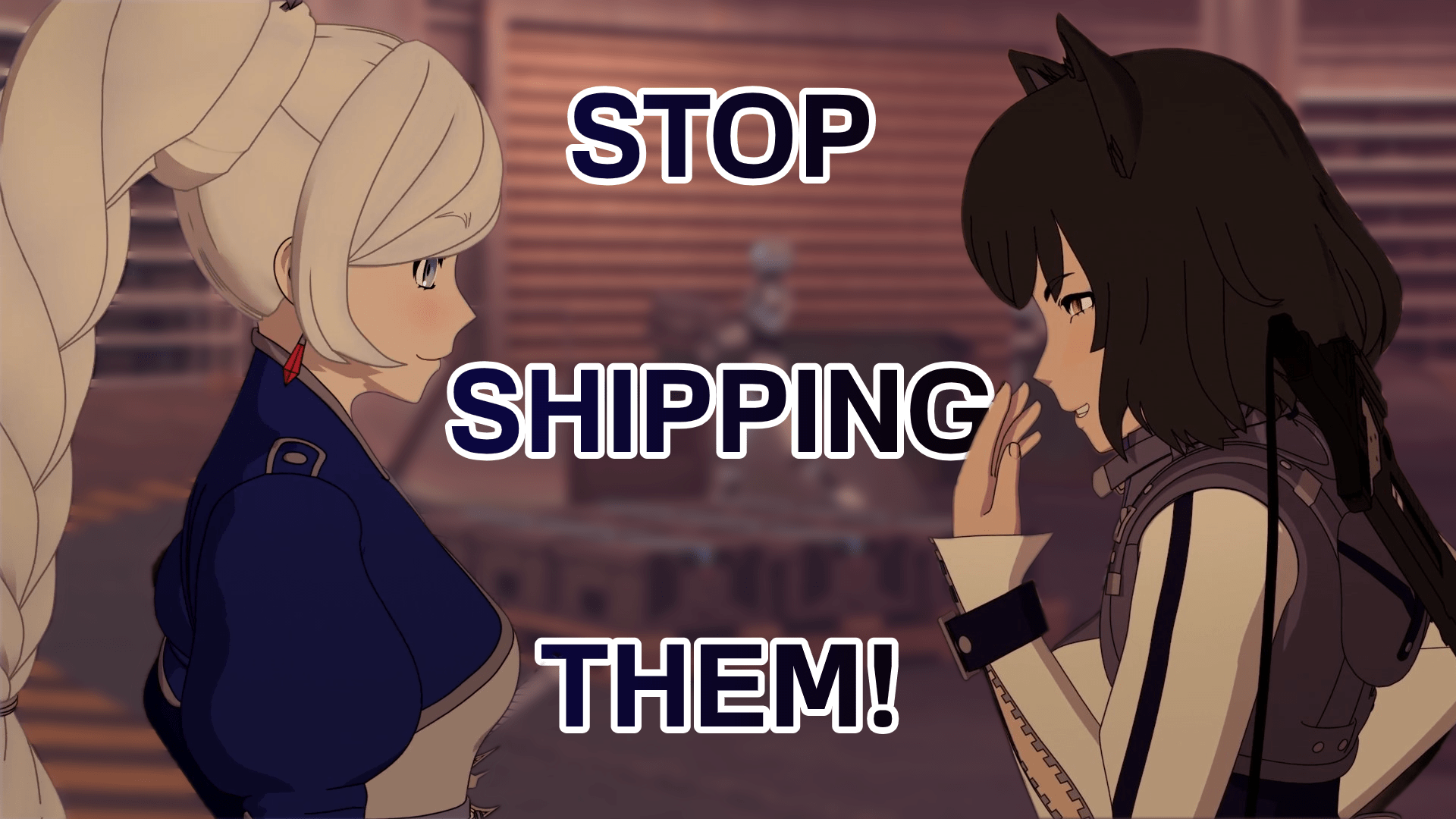 Although the vast majority of recent troubles were surrounding Mantle, Atlas did get its fair share of problems, including hacked elections and strange flying women. You can add another point to this list, something I never expected to type out in my career. They began to ship people in Atlas.

Yes, you’ve read that correctly – shipping people. Of course, if you’re a keen reader, you might remember my previous piece on problematic shipping, where a deranged madman shipped his dog. You could even start questioning whether shipping people is worse than shipping dogs. Well, they began shipping something far worse than dogs. They began to ship Schnees.

Leaked footage from a worker droid enslaved in the Snowshoe Shipping company, owned by notorious billionaire and crook Jacques Schnee, revealed that several people were shipped using the pneumatic tubes in the facility – most recognizable of them being the fugitive Weiss Schnee. Now, why would anyone care if someone ships a Schnee or not? Well, we must first realize that shipping someone is extremely dangerous and carries a great toll upon one’s body, possibly even the risk of death. And if a corgi got shipped, as terrible as it is, there’s plenty of more mutts on the street. However, if we risk losing even a single Schnee to shipping, the consequences can be dire. Jacques is a brilliant genius, his daughter Winter learned how to fly just to get back her pet robot and their son Whitley, while a total loser, still shows potential. It stands to reason that Weiss could also be something of a gift to humanity! But even besides all that, there are very few Schnees in the world anyway. We should try to preserve them, not ship them!

The other people shipped were identified as some of the fugitives that Weiss Schnee escaped custody with, including the murder-bot Penny. Doreen Bielka, a manager at the facility, spoke more about the shipping of young girls. “Shipping people is generally frowned upon, but it’s not all bad, in fact it happens more often than you think! We even offer different packages for people who wish to try out the pneumatic tube way of transportation.” When asked about the most popular people shipping packages, Doreen cheerfully responded: “Well, our most popular package by far is the one where you’re being shipped in a crate, comforted by thousands of hand-plucked rose petals. It’s a soft and safe journey to Atlas! Due to the discoloration that occurs to the rose petals after travelling at such high speeds, we call it the White Rose. Of course, it’s expensive, so we also offer the package where you’re shipped in a crate by yourself. We call it Monochrome thanks to the discoloration of your face after travelling at such high speeds. For some reason it’s far less popular…”

When we asked Doreen Bielka if she has heard of people being shipped through a pneumatic tube without any crates, her eyes went wide: “Of course not! They’d obviously die!”

There you have it folks, apparently we have lost another great Schnee, this time to the dangers of shipping… Be careful, stay safe and ship responsibly.

This article drastically underrates the elasticity regimens academy-trained huntspeople undergo. In fact, I daresay tubeshipping is the wave of future personnel transportation once that annoying Centinel ambush issue’s worked around.