Billionaire Inheritor Storms Off a Party in His Own House 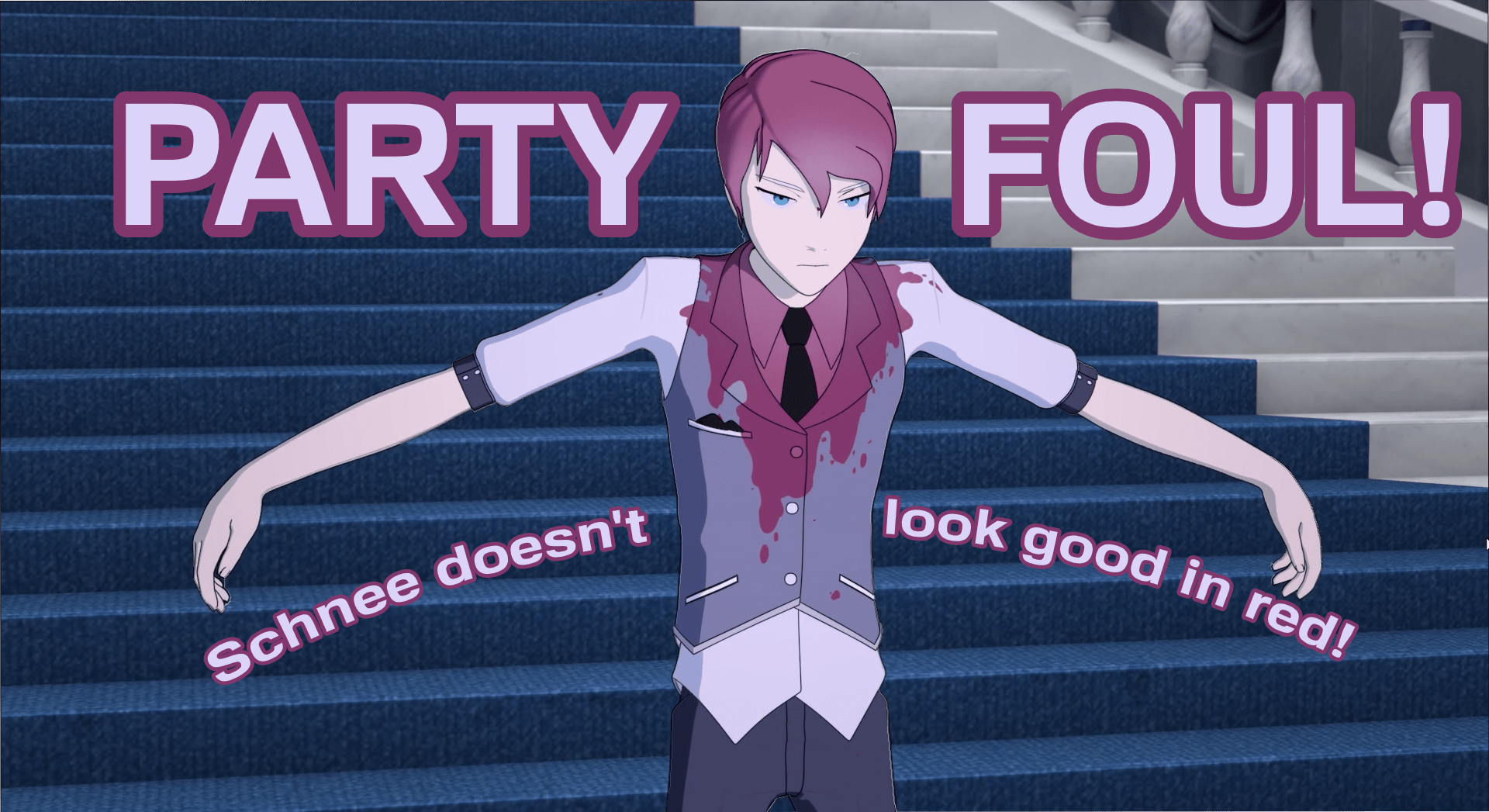 Son of the richest man in Remnant, Whitley Schnee, has reportedly stormed off during a party in his own family’s mansion, after being generously decorated all over with red wine.

During the party, eyewitnesses report that a woman only known as ‘Nora’ accidentally let go of her food, smearing an unfortunate party-guest who wished to remain anonymous. Shocked, the guest spilled her drink right into Whitley Schnee, immediately recoloring his hair, shirt and vest wine-red.

“That’s what that little brat gets for treating Weiss like that!” shouted ‘Nora’, while fist pumping in celebration. “I’m glad the plan worked! I mean, uh, I’m glad they have those tiny sandwiches on toothpicks!” It is currently unknown of what kind of plan the woman known as ‘Nora’ was talking about, but if it were to see how Whitley Schnee looks with red hair – it wasn’t worth it.

Update: it appears Atlesian police officers arrived at the Schnee family manor and have arrested councilman Jacques Schnee. Although the officers declined to comment, it appears it might have something to do with his son’s party foul.