We Have to Stop Problematic Shipping 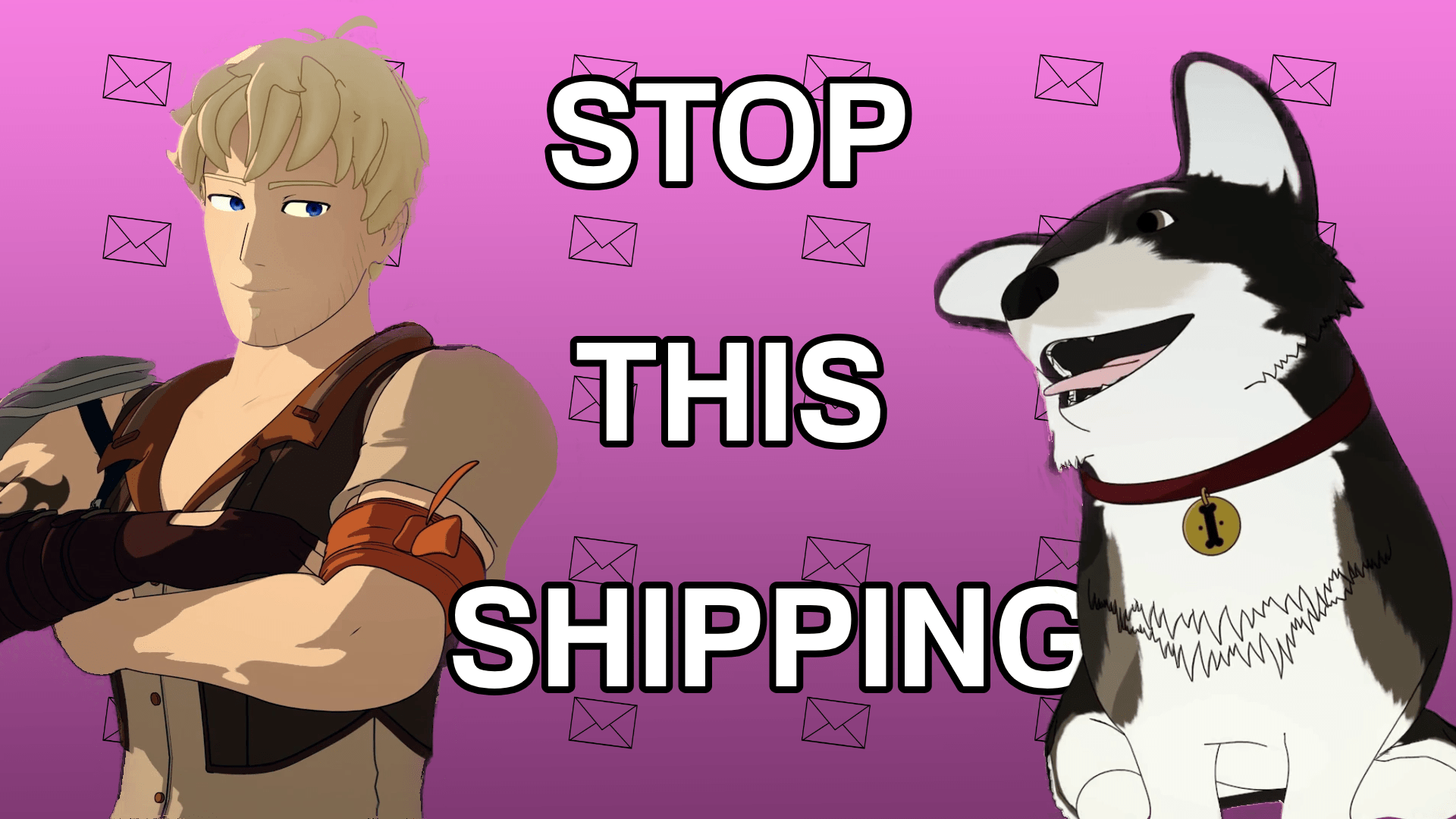 In the small, unassuming island off the western coast of Vale lives a middle-aged father, who unbeknownst to most harbors a terrible secret. He did vile things to his pet dog.

“Listen, I got the idea to do that when I was young… I mean younger. I used to watch this show called Sphere Creatures, where they used to put animals into tiny spheres. So I figured, hey, why not?” Taiyang Xiao Long told our reporter.

Yesterday the Vale Postal Office have confiscated a package that was sent by Mr. Xiao Long. Inside the tube-like container, postal workers were horrified to see a Corgi breed dog, as well as 42 cans of cheap no-brand dog food and a can opener. Miraculously, even after being shipped in an impossibly small container filled with metal cans and a sharp can opener, the dog, named Zwei on the collar, seemed unharmed and even cheerful.

A postal worker Navi Joy commented on the situation: “We did a random x-ray checkup, since the tube seemed so heavy. We noticed something strange and when we opened the tube up, this poor thing just plopped out. He seems pretty happy here, though, and my colleagues already took a liking to it. Thinking I’ll ask the boss if we can keep it.”

Vale Police Department took a boat to patch, where the sender, Taiyang Xiao Long lives. When questioned about the reason he treated an animal so cruelly, he explained: “Right now, I’m alone and I’m leaving for work stuff in a day, so I thought I’d ship Zwei over to my buddy’s house, so he could take care of him for a while. Sending an animal through a dedicated service costs a lot, so I decided to save like three hundred Lien. I mean, Zwei is fine, right, and it’s not like this is his first trip.”

After officers noted down T. Xiao Long’s confession to performing this vile act multiple times, the animal abuser commented further: “It’s not that bad for him there, I mean Zwei wouldn’t agree to this if he didn’t enjoy it. I put food there and a can opener, so he can’t be hungry. I’m pretty sure I made air holes this time as well, what’s the problem?”

This horrific incident follows another case last year, when a blonde male illegally shipped himself in a crate on a ship from Mistral all the way to Vale. Officers note the similarities between the mysterious blonde man and Mr. Xiao Long, noting their hair style, general build and a distinct lack of care towards laws and basic human decency.