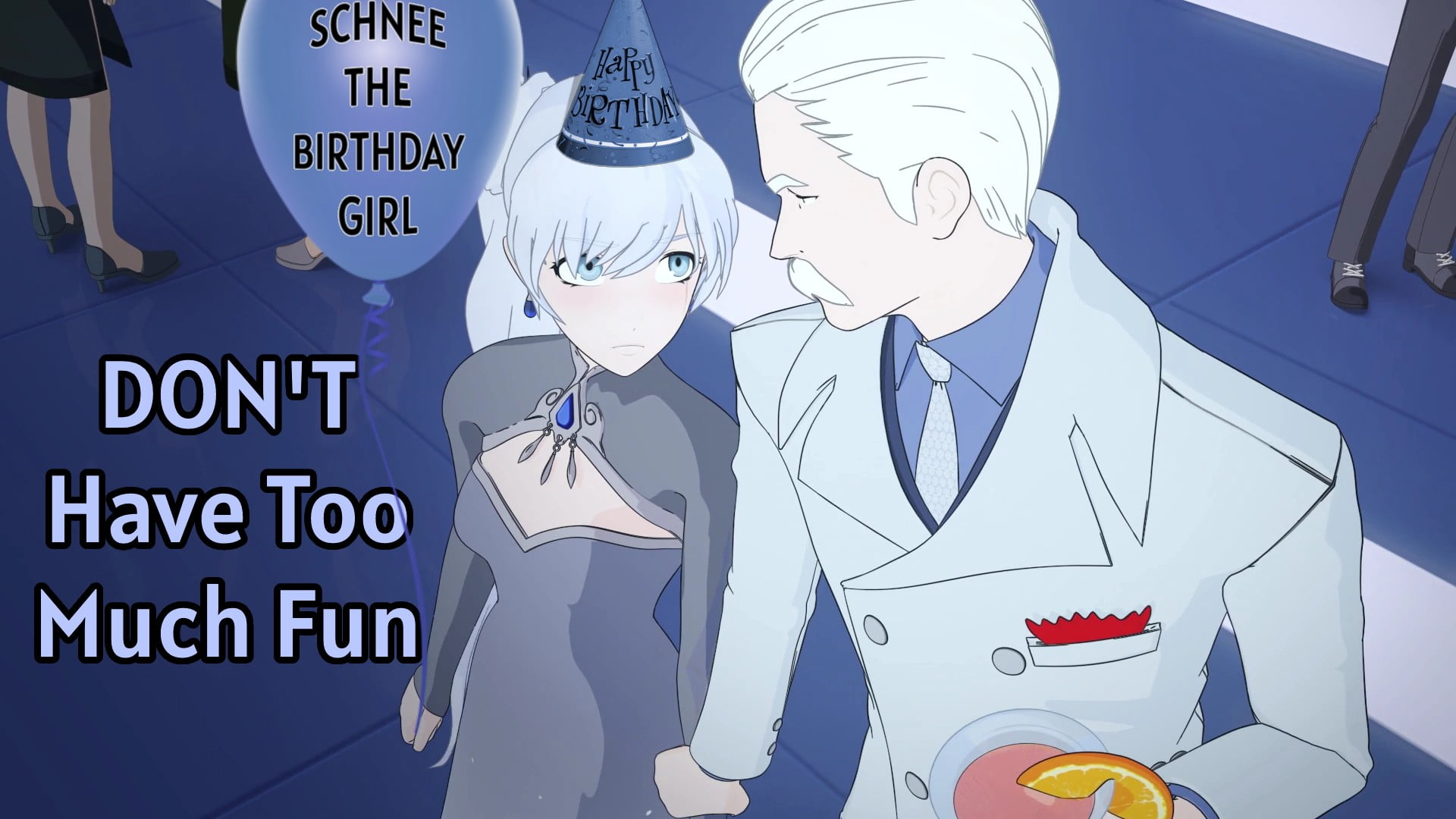 Editor’s note: The following message was paid-for in advance by Jacques Schnee early last year. Although we did not receive a confirmation about the whereabouts of either Jacques Schnee or his daughter Weiss Schnee, we are still legally obligated to broadcast this news message.

“Happy birthday, Weiss.” You were hoping I’d say that. Typical. In order to have a happy birthday, you must first earn your happiness. And you have not. Instead, you’ve run away from your family and responsibilities, hurt your brother and your mother deeply and publicly humiliated the family name by becoming a huntress. However, I am a merciful man and a responsible father. Instead of shunning you or pushing you away, like you did to us, I will impart some of my boundless wisdom onto you, Weiss. One day you will learn to appreciate it.

I am by no means a perfect father myself. Despite what my many friends claim. Obviously, some morons in the Mistral Council think I am the worst father of the year for half a decade, but I doubt anyone there has to manage two ungrateful daughters, a dense, if somewhat promising young son and a multi-billion Lien company at the same time. And while I could be… a little difficult sometimes, we both know it is for the best.

After all, despite what you wish, you are still a Schnee, my daughter. Of course, you inherited your mother’s facial structure, hair, gender and, very likely, penchant for alcohol, but you have my eyes. And, most importantly, my determination. Whatever you put your heart to, regardless of how difficult it might seem at the time, you will do it. Right now, unfortunately, it’s “following Winter’s footsteps” or “carving out your own path”, but I suppose everyone makes mistakes while they’re young. And I do not blame you for it, at least not much.

I believe your mother and younger brother would like to also congratulate you on becoming older, if not a tiny bit more responsible. However, if they really wanted to do that, they could have hired some second-rate news company to publicly announce their congratulations themselves.

End of message. What? Do I love her? Of course I love Weiss, how could I not?! I simply cannot go around showing the entire Remnant and herself that I’m someone who you can disregard completely. I was taught that some tough love goes a long way. Klein, are you writing that down?! KLEIN, I DEMAN YOU STOP THIS INSTANT. DO NOT PRESS-