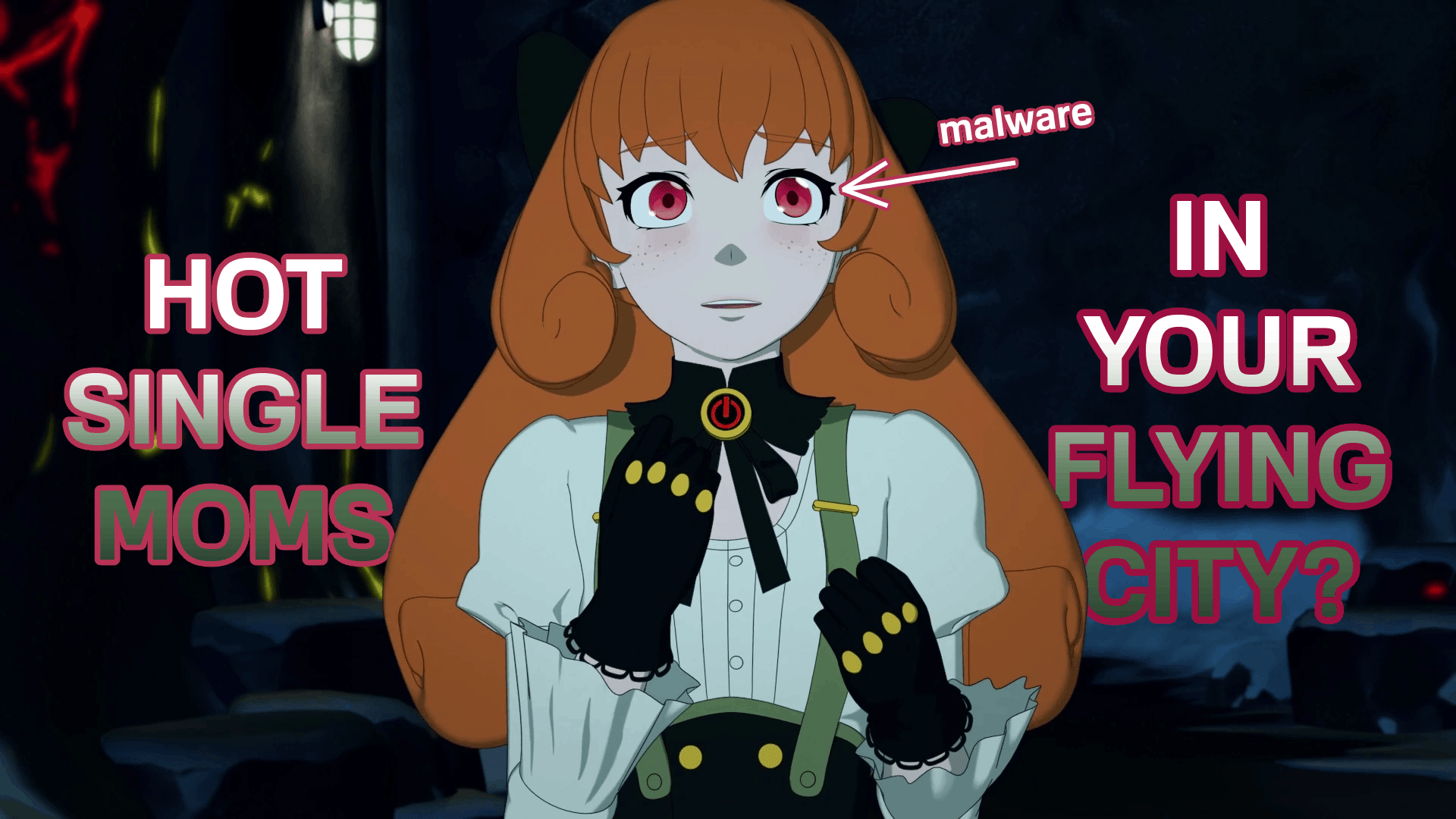 It’s 1 AM, there’s almost a thousand of us cramped inside a tiny evac shelter and this entire time Baby Beowulf is playing from the loudspeakers. Life here is hell even without the incomprehensibly large Grimm whale just outside.

After staying stuck here for entirely too long, the people slowly came to the realization that almost every single one of them have had problems with malware recently. Cases of inappropriate ads on scrolls and suspicious messages on social media are plenty among the people I’ve talked to here, not to mention that we are all stuck here because the software controlling the shelter door crashed and is now demanding a 500,000 Lien ransom to work again. We came to the conclusion that the non-stop blasting of Baby Beowulf was a also move by the hackers to make us hurry up and raise the demanded sum.

Various cases of cybernetic attacks have been occurring with frightening frequency lately. Game developer Human Nextwork has just announced that the source code to their game Amity Arena has been stolen, among other things like classified company documents and letters. Fortunately for the studio, they were shutting their game down anyway so it isn’t too much of a loss. Still, it has to be embarrassing for the company to get hacked by someone who left a massage saying they “EPICALLY pwned” the company. To add insult to injury, the hackers apparently forgot to post demands, leading to the Human Nextwork developers being slightly confused and mostly tired.

Several witness accounts claim they saw the former “Protector of Mantle” Penny Polendina get infected with a nasty virus that makes her attack people and, most importantly, changes her eye color to red. Those accounts are lame because I broke those news already ages ago. Some people are so fascinated with the idea of Penny being hacked, they draw her assaulting civilians and going so far as illustrating her performing acts of unsolicited advertisement. We here at vytal_news do not condone slander, but we do find it absolutely hilarious.

Other, more important malware attack cases have been reported here in the shelter. One person whose name I forgot to ask mentioned that their “microwave tried to kill them” this morning by “not cooking their food enough and hoping for death by food poisoning.” Another person said that their Scroll constantly gets something that’s called a “blue-screen”, but I am unwilling to call that malware just yet – don’t they know all scrolls have blue screens?

Of course we know Atlas hasn’t got a great track record with cybersecurity lately, but that could only be the fault of immoral lawless criminals likely inspired by the hacker Ruby Rose. The only person we can actually trust to protect us from hackers and malware is the great General James Ironwood, but unfortunately he is probably a bit busy saving Remnant from the giant whale. Still, I would hope he saves us soon as people here are already going insane from Baby Beowulf being on repeat for the last 200 times.