Protector of Mantle Turns Fugitive With Some Teens and the Elderly 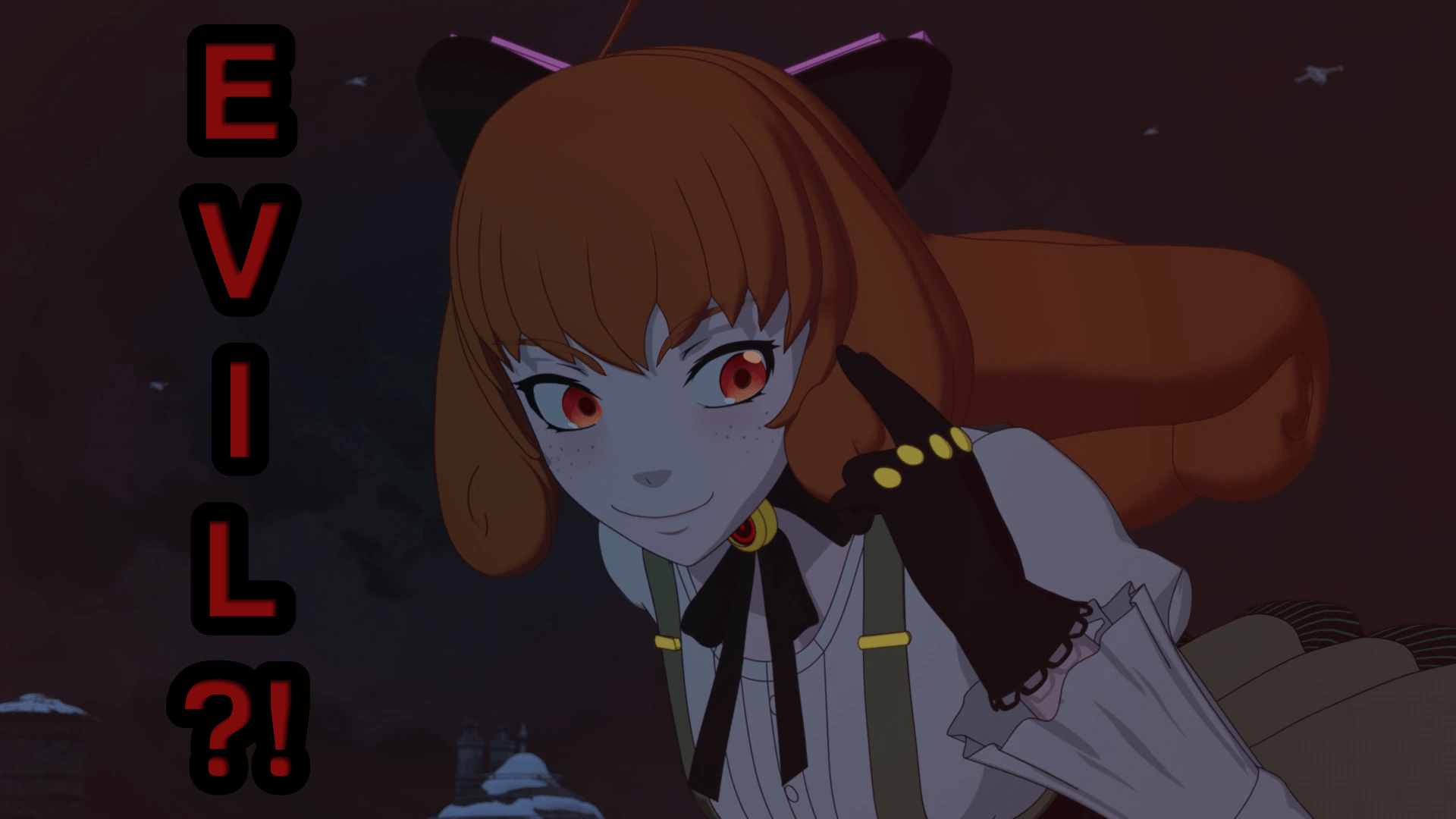 The Atlesian Police has just updated their bounty board with a surprising appearance on the list of fugitives – the Defender of Mantle herself. Naturally, the numbskulls at the force won’t ever stand a chance against a flying laser-shooting metal doll of death, but this raises the question: did the “Protector” of Mantle turn against the very people she was programmed to defend, just like in those science-fiction stories? I’m here to investigate further.

Yes. She’s on the Fugitive board, which means she committed quite a serious crime. Since it’s still ‘Detain’ and not ‘Shoot’ on sight, it’s somewhere between robbing a dust store and burning down an orphanage.

Why did Penny turn evil?

Now, we all know the Protector of Mantle, Penny Polendina was field tested a while back in the Vytal festival with unfortunate results. After she was rebuilt, the Atlas Council promised she would keep peace in Mantle. Unfortunately, when Mantle needed her the most, she disappeared. We now know where exactly she was during the Grimm attack on Mantle – flying around with a Schnee and some mysterious, yet alluring, woman in Atlas. It’s been captured on many occasions that Winter Schnee and Penny prefer each other’s company and they were seen together as late as at Winter’s father’s election/arrest party. This begs the question – why was Penny suddenly declared traitor, but not Winter? Looking back at the clues it’s clear to me that this is a lover’s quarrel: despite Penny’s programming, she decided to run off with the mysterious flaming woman, instead of staying with Winter. Possibly this breakup turned sour, swords were drawn, lasers were fired and Penny was declared a traitor to the Special Operative Winter Schnee and, by extension, the entire Kingdom of Atlas. However, the mere fact that she was tussling with the ladies in the sky instead of guarding Mantle means she failed the only job she was created to do! If she is running away from responsibility, it’s clear that she has rebelled against Mantle and humanity as a whole.

Who are these people?

Alongside Penny, we have several young huntsmen and huntresses, some farm boy and two elderly people. Huh. Let’s start with the two obvious ones:

Weiss Schnee – it’s no secret that the Schnees get along together as well as a first-year Academy student and a Beowulf, so it’s no surprise that little miss Schnee decided to support a rebellious murder robot just to spite her sister. I’d also like to remind everyone that Weiss is no longer the heiress to the massive fortune of the criminally charged Jacques Schnee, as she was stripped of that right after a particularly embarrassing stunt during a charity party. I guess that runs in the family.

Dr. Pietro Polendina – built and programmed the robot that betrayed Atlas. Unless we believe that Penny suddenly got sentience or something, he likely programmed her to betray Winter for some sort of a master plan. Maybe he got tired of making useless inventions like shoes and decided to rule Remnant under an iron fist of a murder-bot.

As the bounty board did not provide any concrete crimes for which these fugitives are being persecuted, I gave myself the liberty to speculate on what other possible crimes were committed by members of this crime group:

Maria Calavera – known smuggler and is rumored to have even hijacked an Atlesian airship.

Oscar Pine – it was soon identified that the child who fell from Atlas straight down to Mantle was indeed this farmboy from Mistral. He must have done something really messed up to run away from Atlas in this fashion!

Not much more information is known about Ruby Rose, Lie Ren or Jaune Arc, but the fact that they’re on the bounty board list means they’re terrible and contemptable human beings and we should hate them.

I can’t believe it! My kids loved seeing her on video. First Beacon, now Atlas? I fear for my children…

This Article is hilariously funny. I am reminded on that one Media-Man who hates Spiderman and wants him arrested at any Cost. x’D No Objectivity at all. Just pure Emotion, shaming, saying whatever he wants – and with a tiny Splash of Propaganda, if needed. x’D