Please Stop Shipping Me With My Coworkers 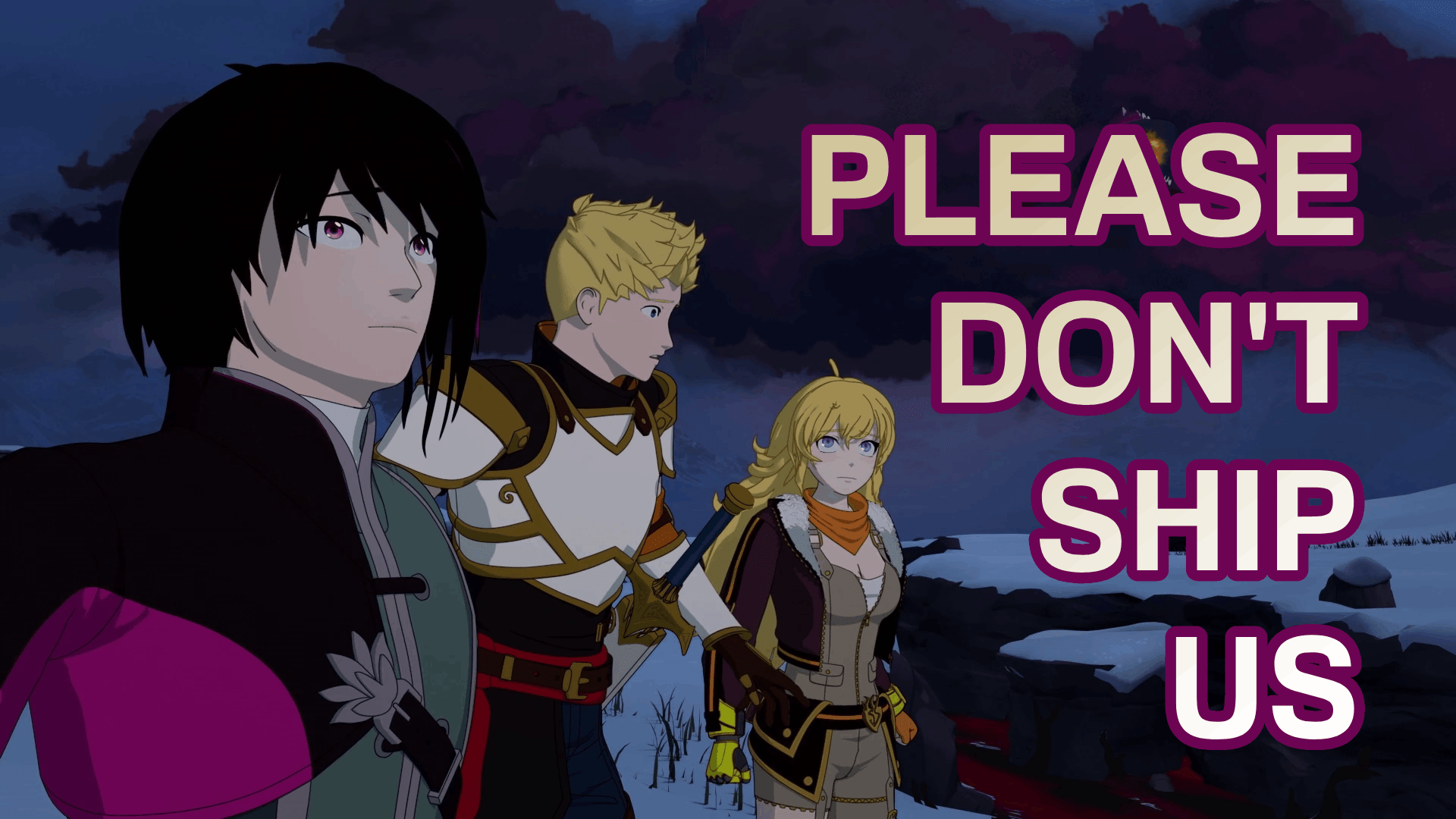 It’s this time of year, the single most dreaded day in the year for all bachelors and bachelorettes in Remnant… It’s the day of love… It’s Shipping day. I hate it so much.

As you all probably know, Shipping day is the day when young couples spend time only with each other, while those that have been together for a while renew their vows. Meanwhile anyone who’s single has to suffer through all the store and social media ads targeted at couples and cringe in embarrassment from their family matchmaking them with others in make-believe couples.

The name ‘Shipping day’ comes from the old Valean legend of Saint Shippe, a priest that secretly wed young couples and used his boat to ship them out to safety. In fact, the very word “ship” might have come from writing the Saint’s name in the olden Vale script! Additionally, Saint Shippe is especially beloved by the Faunus, as he was the only one at the time to approve the marriages between Faunus and human, helping them live peacefully outside the Kingdoms. Well, consider me one Faunus who wishes he kept his nose outside people’s love business!

Nowadays, the Shipping day traditions are entirely different – it’s customary to give couples tickets to rides on ships, boats or even cruises. Thanks to an aggressive ad campaign by Vacuo’s dying tourism sector, it’s now perfectly acceptable in this ruined society to gift ship rides to people you hope become a couple. Without their knowledge or consent of course.

Sure, you can just not go on an extremely luxurious all-expenses-paid cruise trip along-side the Valean coast, or miss out on breathtaking airship rides across Argus. You can, but that would be a huge faux pas, akin to stabbing the back of the person that gifted you the tickets. Nobody wants such embarrassment, so you just suck it up and go, taking the person that you, at best, tolerate. Sure, some shipped couples turn out to actually stay together, but that almost never happens. Trust me, almost everyone being shipped together have no reason to stay with each other.

And as a young, gorgeous and single (no thanks to a lack of trying) huntress, I too am constantly shipped with people, none of whom actually interest me. Worst of all, those gifting me expensive ship tickets believe I’d make a great couple with my coworkers. Yuck! Let’s go over the list to see why that bothers me so much:

Speaking of Ash, she too lamented Shipping day. Apparently, friends and family ship her with her teammates! Imagine you’re in a relationship with one teammate, and the other two are just there… Super awkward…

In the end, it’s more than likely I’ll get tickets to an airship ride, some fancy swim on a boat or even a ride together in a shipping tube. Heck, I’ve heard some people actually selling rides in the gigantic Grimm whale that’s still beached on top of Atlas. Some witnesses already claim seeing three young people running into there. If anything happens to them, it’ll all be the fault of those who shipped them!

Oh I did not know I was shipped with you, Bianca. Would be hard to go on same ship trip, seeing as we are continents apart 😀
Most ships that I know are with my teammates, in particular our wolf faunus team leader. I think people like calling us “GreyWolf”