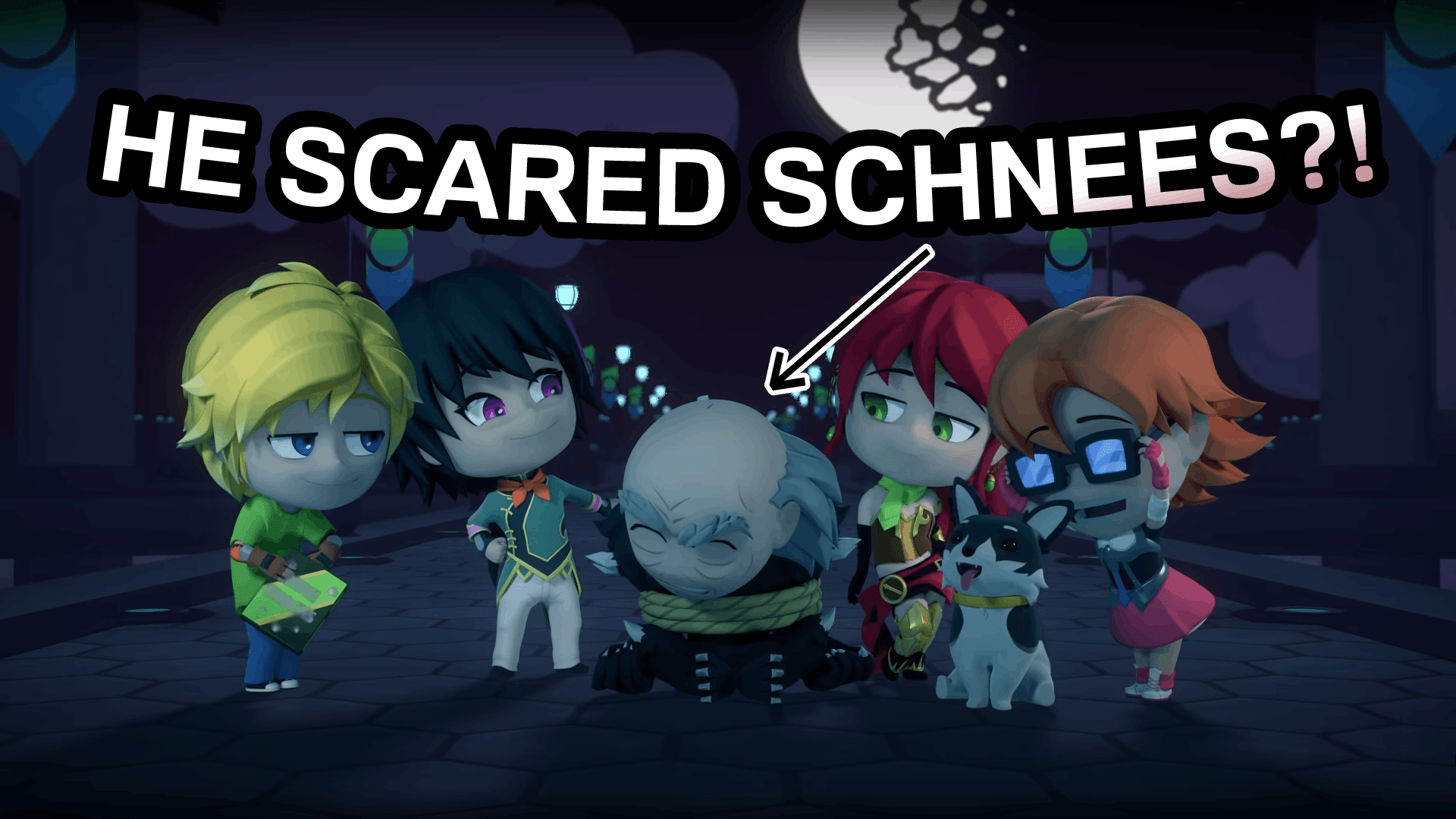 This evening saw an unfortunate tragedy occur inside the lavish Schnee family manor as it was attacked by a large amount of Grimm, even by today’s standards. The agency that initially broke the news, Atlas Eye, has interviewed a young man working as a butler in the mansion, who witnessed the entire event.

Boris Blanksen, who has been working as a butler in the mansion for over two years, recalled the traumatic events: “It was horrible! First, a strange girl literally falls from the sky, then right after the owners bring her in, the mansion becomes flooded with Grimm! Nasty ones too, bug-like buggers and a seriously fat acidic one. I almost vomited but I’m not allowed to eat after 6 so I figured that’d just be a waste,” said the butler, shaking his head. It’s likely that the “bug-like” Grimm are Centinels, while the “fat acidic one” might be a Cenitaur, which is believed by some to be an ‘alpha’ version of the Centinel. “Still, the scariest of them all was that horrifying one, it looked close to those you call ‘Bearwolves’. Now that I think about it, I might have seen it in a contest once…” Indeed, as although witnesses came to the initial conclusion that the frighteningly intelligent Grimm was a mutation of a Beowulf, it also bore striking resemblance to the contest-winning design ‘Dogi’, drawn quite unimpressively by the seven-year-old Timmy of Mistral.

Turns out the secret of the Beowulf was far simpler. “Most of the staff were sent away home, but I and a few others stayed, as we don’t really have a home. We didn’t ask for permission from Master Schnee, but he doesn’t have to know that. Anyway, for some weird reason the Grimm dog ignored us and went straight after Master and his friends. That’s when I knew something was up!” proudly declared Boris Blanksen. “So they use some explosives and push that thing out of the window. Well, it climbs back up and it turns out it was just some guy in a costume! Apparently he tried to prank everyone by disguising himself as a ‘Bearwolf’ and give the Schnees a good scare!” Boris Blanksen then chuckled for a few moments, before suddenly turning quiet with a blank stare in his eyes. “Oh yeah, he died…”

Apparently the man in the costume, who is thought to be a professional actor, was asking for medical help, before a giant statue, pushed by both Willow and Whitley Schnee, crushed and instantly killed him. The unfortunate tragedy is considered to be an accident instead of a homicide, per the court decision of R. Pebble vs. the Huntsmen of Atlas, where a hunter, dressed as a Grimm to camouflage from animals, was shot by a passing-by Hunstman. Because the actor, whose identity is still unknown, was dressed as a Beowulf in the middle of a Grimm attack, he was unrecognizable from a Grimm to a spectator from a distance, such as the Schnees.

The Atlas Eye attempted to get Willow Schnee to tell more about the incident, but she simply said: “I need a drink,” before leaving.

Even though I am still stuck in this evacuation shelter, I must perform my best duty as a journalist. As I’ve read the outline of this article to entertain others in the same predicament (or just to distract them from the never-ending blasting of “Baby Beowulf” from the speakers), one person spoke up with comments of their own. Karina Marbles told me she perfectly understands the man who was unfortunately crushed and claims she even might have known him personally! “So you see, some of us are Grimm appreciators and enjoy seeing depictions of anthropomorphic Grimm. The most dedicated of our community, we call ourselves Grimmies, enjoy dressing up in Grimm costumes and attending Grimmie conventions. I personally know a few who bought ‘Dogi’ costumes as the design is perfect for our community! Its probable that the poor soul that was crushed could have been one of my friends who simply got a bit too much into character…”

Although the decision to scare the Schnees during an actual Grimm attack is certainly not a wise one, I must commend the actor for his performance – he was able to convince many people, among them actual huntresses, that he was an real mutated Beowulf. Regretfully, at this night Remnant has lost a clearly talented person, who was coincidentally also a Grimmie.