I Interviewed an Atlas Seismologist, But He Fell Off the City 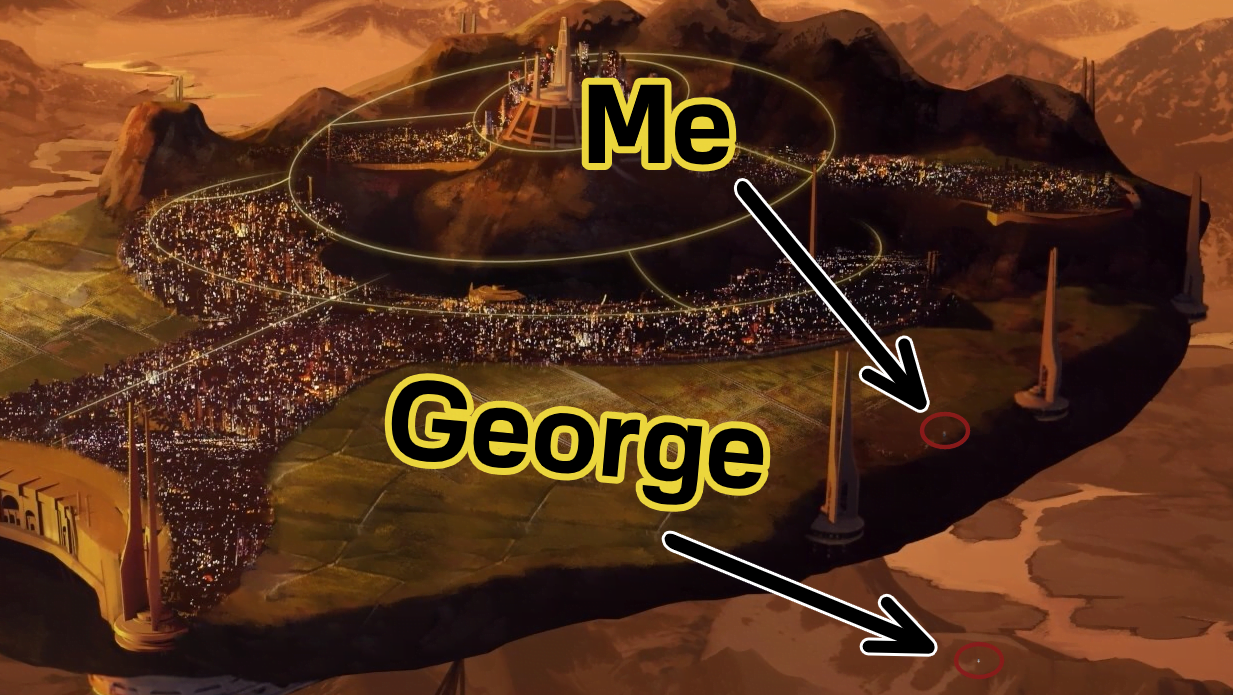 The eastern border of Atlas, Kingdom of Atlas.

It’s pretty rare for me to get a call from a guy without me taking the initiative first. It’s even rarer if that guy isn’t my stupid landlord or that one Mistral scammer who wants my contact info. Now imagine my surprise an unknown guy calls me, he wants to meet me and, most importantly, he’s cute. I never get calls from attractive people! Think I’ll just let these odds slide? Well, I think I just did.

I meet this guy, he says his name is George Tara and that he’s a scientist. Now, I don’t hold the highest opinion on men of science, thanks to my previous encounter, but every day it feels like Remnant is ending and I’ll be damned if I die young and alone. So I take my chance with him, we hit it off pretty well, even though he does seem a bit stressed. I ask him how he’s doing, he asks me if I can double-check the readings on the seismograph since he can’t believe he’s seeing right, I ask him if he’s single, he asks me to report on unusual earthquake activity in Mantle – typical ‘playing hard-to-get’ strategy. Still, I think I caught his eye, since he asked me to meet him again the next day, meaning we actually get a date.

Tomorrow comes and I get into my fancy dress, put on my expensive perfume (Mademoiselle by Adel) and show up to our meeting spot only to find George in working clothes carrying several boxes of equipment. Apparently he only wanted my help in setting up earthquake-detection radars on the outskirts of Mantle and connecting them to Atlas’s outer fields, as there’s less interference. Great first date idea, George, I thought, but decided to still go through with it. As we were about to fly off with a government-approved research air carrier, George’s scroll started beeping and buzzing. He stared at it in shock. He said something. I can’t really remember what, I was looking into his smooth tan skin and those gorgeous brown eyes… Then we felt an earthquake.

An earthquake. In Atlas. The Floating City. Even I was interested. He began screaming about some dark river down in Mantle. I remembered why I hate scientists again. We ran over to the edge of Atlas to see the void-like river below us in Mantle outskirts. Then another earthquake, much stronger than the first. We bashed our heads into the Hard-Light barriers that surround the city. And in a blink the barriers were gone. My huntress reflexes were enough for me to jump backwards. George was a science guy, working the books instead of his legs. He just fell out of Atlas.

I managed to type the first two paragraphs of this story while he fell. I’m fairly certain he might still be falling, it’s just that he’s so tiny I can’t see him any more. I’ve heard of boys falling out of Atlas and surviving, but George was a seismologist, not a terrorist. He’s super dead right now. And if any of his family is reading this, I’m sorry you found out about it through a news article. Though I suspect we might have bigger problems to worry about.

How could you not get calls from attractive people when you are so cute? If Atlas was not being attacked by a giant Grimm whale, I wouldn’t have anything against going on a date with you. 😉