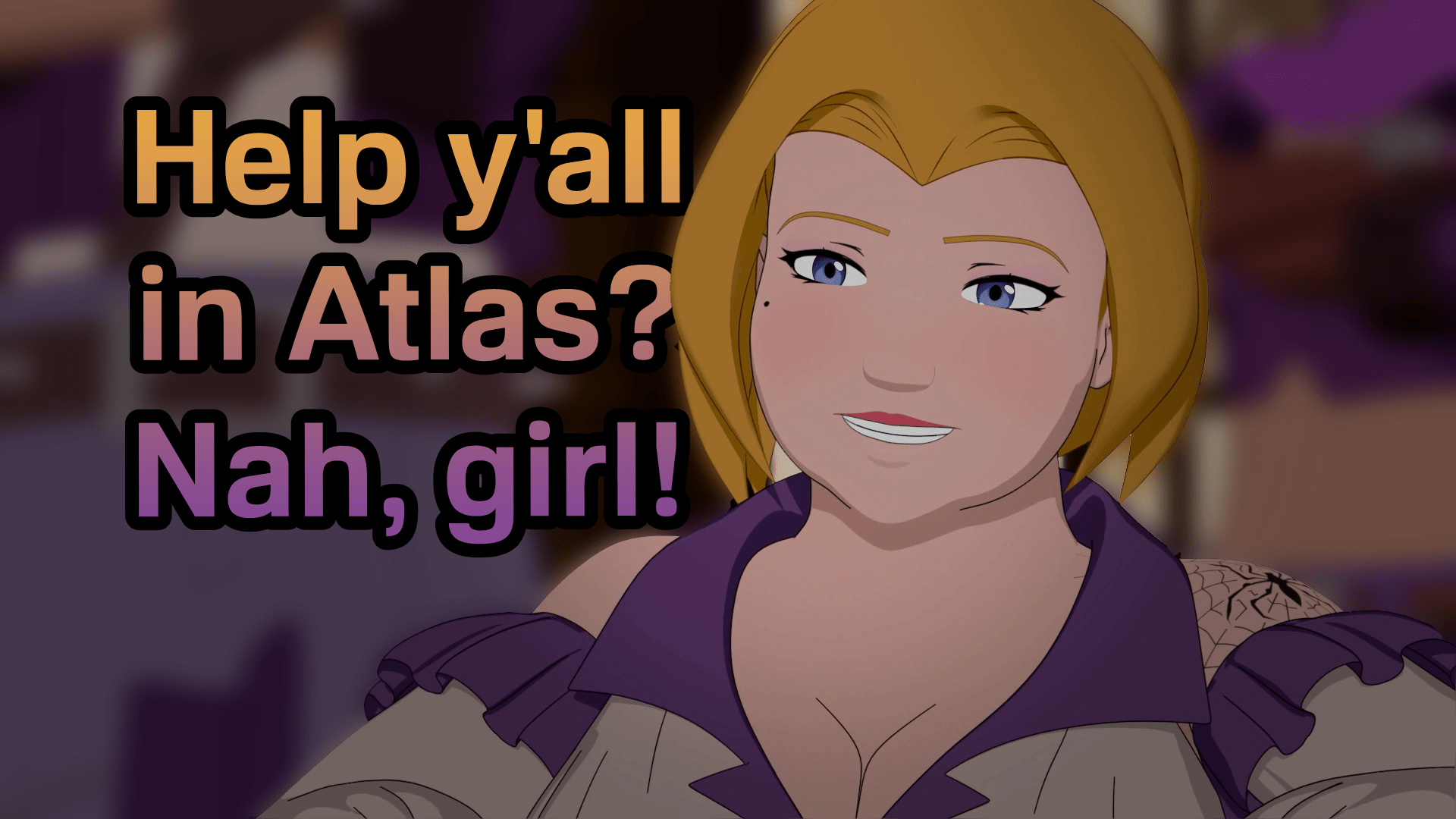 Not too long ago the legendary hacker Ruby Rose has transmitted a worldwide message to every single screen in Remnant, asking for… something. In order to gauge the response of Remnant as a whole, we interviewed several known figures on their opinion of the broadcast. Understandably, however, Ruby’s message did not manage to garner a lot of support, except perhaps for a lonely middle-aged man.

We first interviewed Headmaster Theodore of Shade Academy. During our agreed time he was still sparring against three students at the same time. Interestingly, none of them were using Dust, possibly due to the rising prices worldwide or one young journalist’s attempts to save up some money for food. Although we asked if we should postpone the interview, Theodore claimed he felt comfortable with doing it “right now.” A blonde Faunus student shouted incredulously: “Right now, dude? Come on!” while holding his sides trying to catch a breath.

“Well, I did see the broadcast and re-watched it quite a few times. The child claims to be a huntress and I believe her, I do, but my research says that she isn’t that much stronger than my own students,” Theodore said while dodging and then dropkicking a green-haired student across the hall. “I can confirm that pretty much everything she said was true, but unfortunately we don’t have the time nor the energy to assist Atlas,” Theodore proclaimed, as he was delivering a series of rapid-fire punches straight into a blue-haired student’s face. “We did have an insurgency on our hands and it seems likely we’re going to need to prepare for an invasion. Sorry, Ruby, Atlas is on its own,” the Headmaster explained after which he immediately clotheslined the Faunus student who was shouting at his green-haired friend for not using his semblance.

Although we were unable to contact the other person namedropped by Ruby, that being Headmistress Goodwitch of Beacon, we did manage to speak to another Vale citizen deeply involved in the affair. Local animal abuser and generally a lonely guy Taiyang Xiao Long has agreed to meet for an interview. He greeted us with wide eyes and a shaky smile: “This isn’t about the dog thing again, right? Okay, phew.” When we replayed the broadcast of Ruby Rose, T. Xiao Long’s eyes lit up: “That’s my girl, that’s Ruby! I don’t really understand what kind of trouble she’s in, but it’s clear she needs our help! Listen, we gotta go to Atlas!” After several explanations that Atlas has stopped all air traffic and flying there is almost impossible, the middle-aged dad finally relented. Our journalist felt it was wise to not mention that Ruby is a wanted criminal in Atlas – a fact which is explained with her father’s equally unlawful behavior. Taiyang Xiao Long then began wondering the different ways he could provide help to his terrorist daughter: “What if I… ship myself there… It worked for Zwei…” We left the man to his own thoughts.

Finally, we spoke with a famous Mistral entrepreneur. Lil’ Miss Malachite has graciously agreed to an interview in her fantastically comfortable and pleasant Malachite bar. “Why look at that, the web has finally caught a journalist for us…” she said in a perfectly sincere and non-threatening tone. After being shown the video, she shook her head and in her forever-pleasant manner explained: “This poor girl went through all the trouble to talk to all of us at once, but she forgot to explain why… Why should we care what’s goin’ on in Atlas or what kind of magics Salem is wielding… After all, she’s so big an’ mighty that she might not even notice the tiny little spiders down on the ground. And besides, lil’ Ruby never told what she wanted, she just told people to ‘stick together’ and ‘stay united’ and other nonsense: nah girl, we aren’t doing none of that.” We thanked Lil’ Miss Malachite endlessly for her deeply insightful interview and the respectful and calm way it was conducted. She responded with great kindness: “Now, I loved doing this so much as well. I might just keep you in the spider’s web for a tiny bit longer! Just kiddin’, of course!”

It seems that Ruby’s message of unity and co-operation was heard, but since she didn’t exactly ask for reinforcements, huntsmen, weapons or anything particular, her message might have been disregarded soon. Nonetheless, vytal_news wishes Ruby Rose and her allies best of luck in whatever she is doing against Salem, the whale and other non-Ironwood related things. We are also for asking anyone with experience in delivering ransom money in Mistral to contact us as soon as possible.