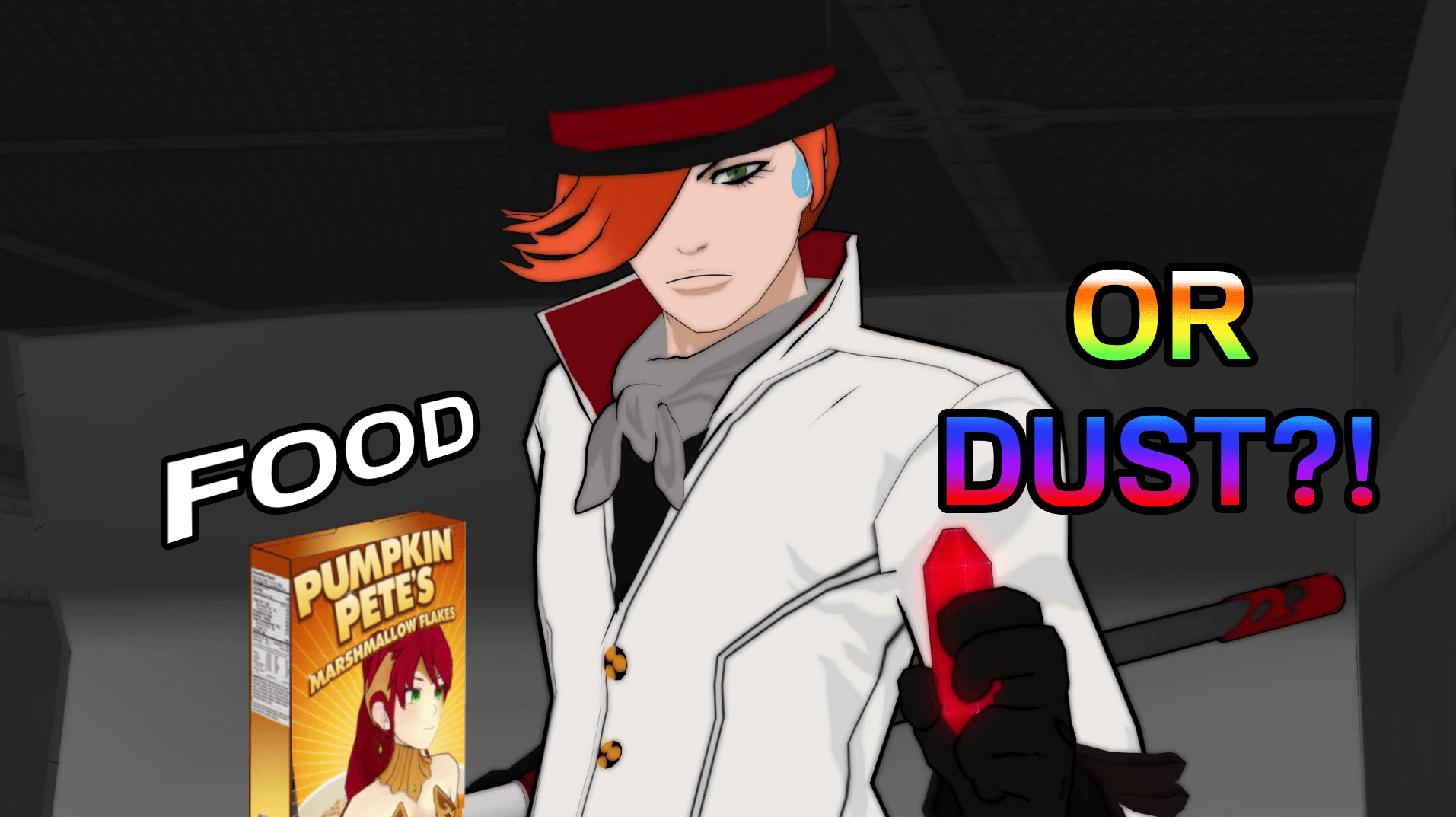 Students at Shade academy are tough, strong and persistent. This is in part due to our great Headmaster Theodore. He seems always full of youthful energy and enthusiasm, easily able to mingle with the students and cheer them up. He also like to test out the combat capabilities of his students – whether they want to or not and without warning.

Headmaster Theodore often surprises students with impromptu duels that nobody can really decline, unless they’re running late or running for their lives. While this isn’t a big deal for someone gifted with a more elite semblance, students with weaker semblances need to constantly rely on dust just to keep up, so they end up spending too much of it in training exercises. Oh, and we can’t forget that Shade Academy doesn’t provide Dust to students for free.

Personally this has left me in a bad financial situation. My semblance – Trailblazer – only leaves an invisible aura trail that I can follow back. By itself it is useless in a spar against Headmaster Theodore, who is using his gravity dust-embedded gloves to violently remodel my face with every punch. So I end up burning through my dust reserves to enhance my semblance and avoid punch-based reconstructive surgery, which means most of my income has to be spent to replenish those reserves. Now I can’t afford anything in the Academy cafeteria and mostly subside on Pumpkin Pete’s cereal.

I would like to have Shade Academy reimburse students in any dust lost during such sudden challenges or at least our Headmaster to not use his gravity dust and avoid hitting the face. I tried addressing this to our Headmaster directly, however I always ended up being tackled by him before I could say a word. I would ask the stronger semblance students to approach our Headmaster on my behalf, but most of them went to some secret fight club and returned with vacant eyes.