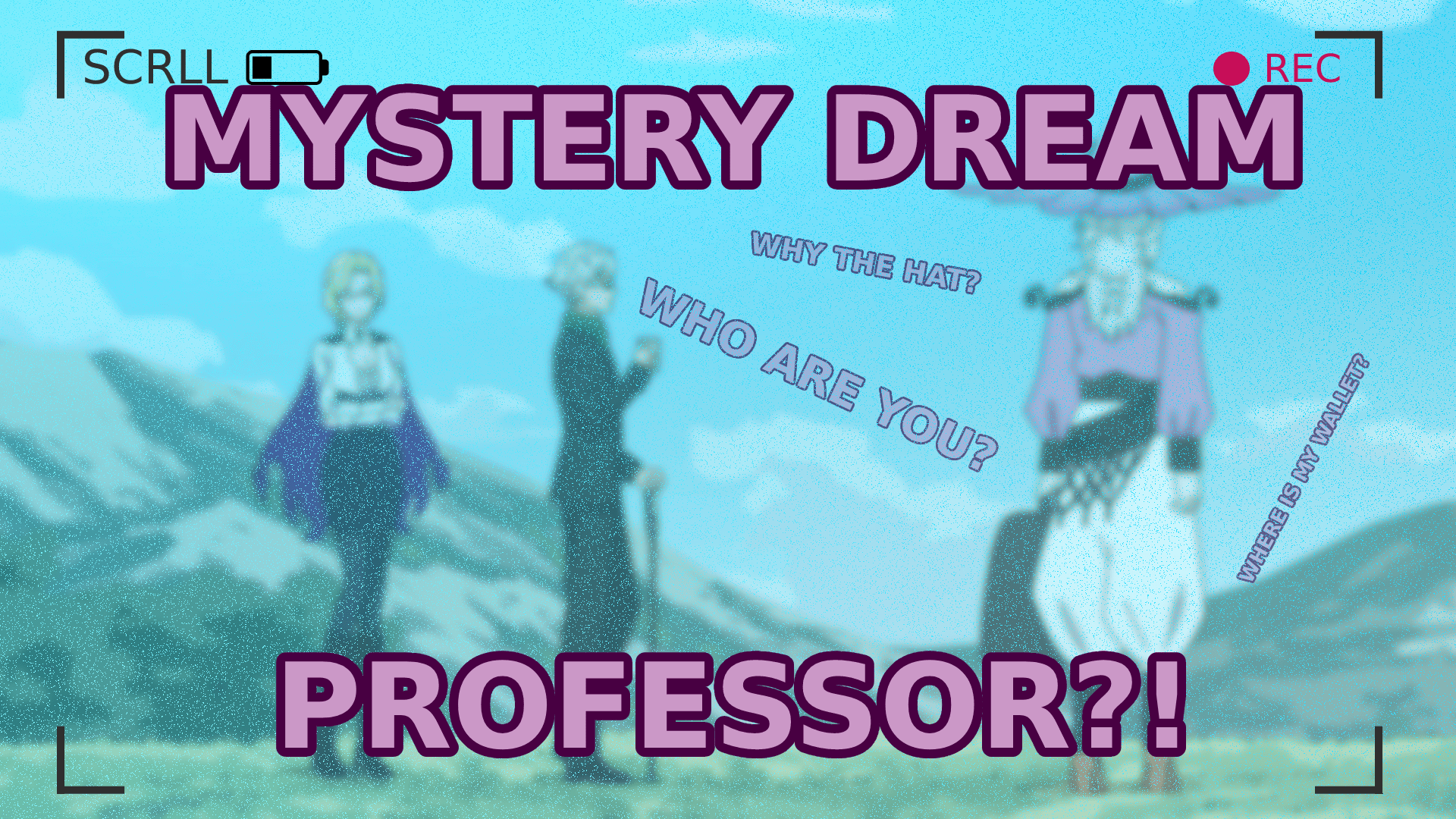 Reports of a strange academy professor have been popping up from Mistral, Vaccuo and Vale, with matching reports of slightly disturbing dreams and missing wallets. This new professor, only known by the pseudonym Shion Zaiden, has been spotted in various different Kingdoms all throughout the last two years, but their motives for being in all those different places remains to be a mystery. All that we know is wherever they go – weird nightmares and petty crime soon follow.

We spoke to several eyewitnesses to gather more information on this mysterious person. A former Beacon student and current Fall of Beacon survivor Buck Ground recalls seeing the person that claimed to be a professor: “I… don’t remember much. Much of anything to be honest – my entire school year was kind of a blur. But this mushroom-hatted weirdo definitely stood out. Said they were a wandering professor or something. As soon as they were around Beacon, I had this weird dream, same one as my teammates. We all wore these funky VR headsets and went into the mind of our teammate Lucian. He was like, an evil hot-dog salesman or something, and we beat him up. After that we all woke up and Lucian told us that recently he was having doubts about being in the academy and wanted to run his own hot-dog stand instead. Oh and all of our wallets went missing.”

A similar pattern occurred in other academies, with students and staff complaining about spotting Shion Zaiden, having strange dreams, memory loss and losing their valuables. A former Haven student and non-participant of Battle for Haven, Luse Xian, claims that all of her personal troubles began with the arrival of the mysterious travelling professor Shion Zaiden. “I began having trouble sleeping. My mom said that I should cut back on energy drinks, but now I know it was probably that dream-eating professor. Oh and around that time I realized I’m running out of disposable funds, but it was probably that Shion Zaiden, robbing me while I’m sleeping. At least that’s easier than admitting that my mom’s right and I’m terrible at saving up money…”

The person claiming to be Shion Zaiden has created a sort-of mythos around themselves, with people trying to figure out their true objective, or at least their semblance. Some witnesses claim to remember Shion Zaiden mentioning some new type of Grimm, named Night Mare. Others say that their semblance allows them to put people to sleep, wipe their memory or really-sneakily pickpocket people’s Lien. Some dubious-looking pictures surfaced online, showing the travelling professor standing next to former Beacon Headmaster Ozpin. While it seems that Ozpin might have known who Shion Zaiden truly was, we can’t really ask him, on the account of Ozpin being deceased.

Mistral Cryptogrimmologist Cystine Lavender has stated online that no such as a Night Mare Grimm exist, although some spotty witness records do exist. Most commonly, however, another infamous Grimm, the Nuckelavee is often mistaken for a Night Mare. Interestingly, Nuckelavee is considered responsible for the destruction of multiple Anima villages, including Kuroyuri and, more importantly, Shion. Does the destroyed village of Shion and the enigmatic Shion Zaiden have something more in common than their name?

Theories are abundant online – from travelling grifter, to vengeance-obsessed Huntsman, to confused specter – but it seems clear nobody knows who truly is the mysterious Shion Zaiden and where did all those students’ wallets went.

Wait… is that why my wallet is missing?