Crowds Excited For Shoes That Make You Dance 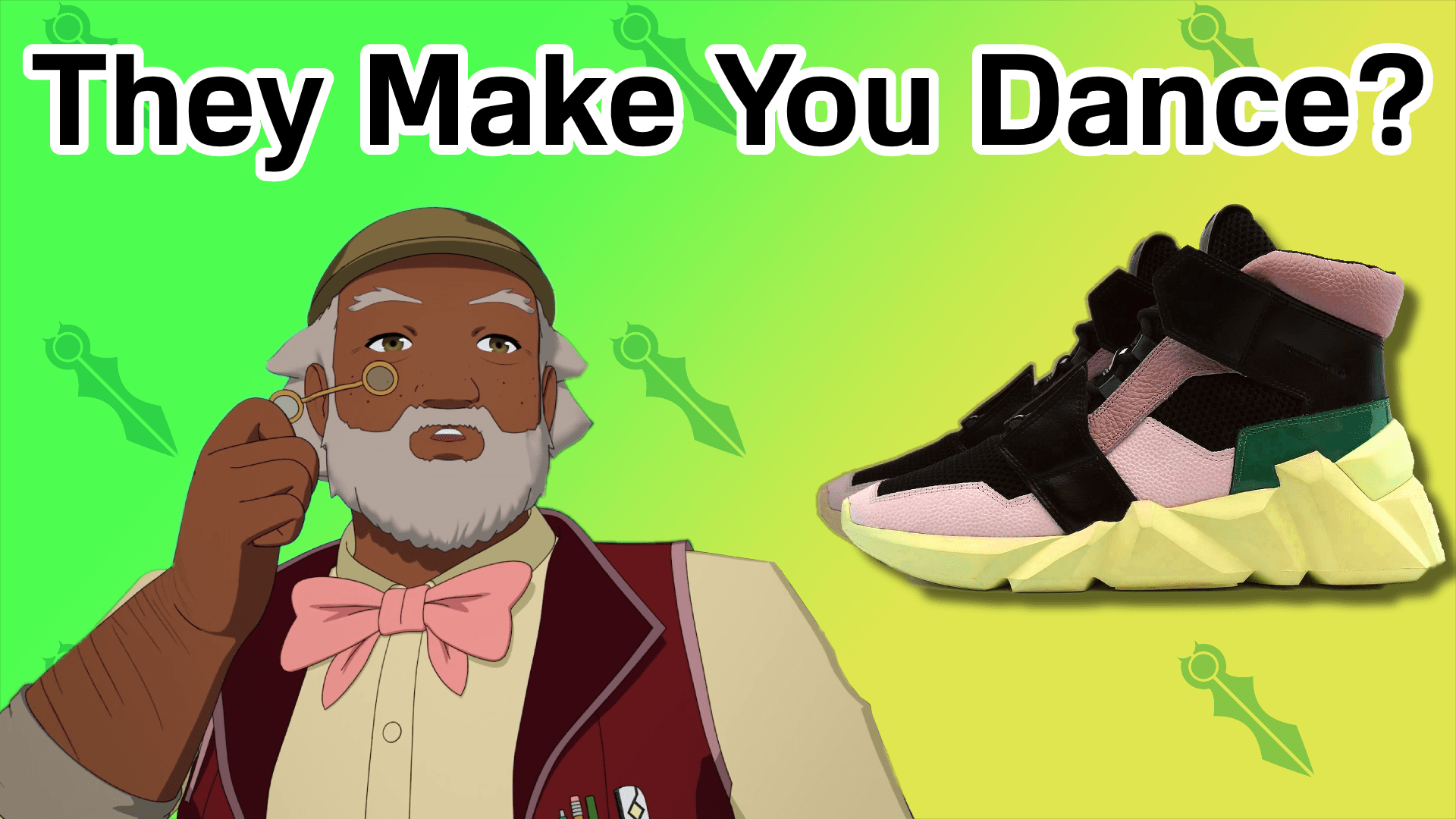 Pietro Polendina, known to many as one of the brightest minds in Atlas, has recently unveiled his newest invention – shoes that make you dance. This has excited pretty much everyone, from awkward teenagers to busy adults without time for dancing lessons.

We interviewed Pietro, known best for his creation of world’s first combat-ready artificial human with aura and a toaster that announces the time, about his newest invention. “Ah, when I was a young’un, I loved the idea of dancing! Due to a couple of very obvious reasons, I couldn’t do it myself, but so many others were too afraid to even try! I hope these shoes will help even the most socially awkward people show everyone up on the dance floor.”

When asked why did he decide to start working on the shoes now, Pietro pointed out an unlikely inspiration: “When my daughter Penny attended the Beacon school dance last year, I was so impressed by these four students and their impressively choreographed, if slightly robotic, dance. No idea why the boy was wearing a dress, but I suppose these are different times.”

A local viral sensation of a poorly dancing faunus girl has exploded all over ScrollShare recently. The video, nicknamed the “Belladonna Shuffle” features a terrible dancer by the name of Blake Belladonna, whom we asked if she was excited about the product. “Erm, shoes that make you dance? Yeah, Pietro mentioned something like that. That would be more of a ‘Nora’ thing, though, right?” Upon those words the aforementioned ‘Nora’ quite literally exploded into the interview, speaking rapidly and barely comprehensibly:

“Shoes that make you dance? Yes, yes, yes, YES, GIVE ME! Oh, imagine what could Ren do with these!” Upon this sentence the so-called ‘Nora’ began slowly drooling. One of our journalists identified ‘Nora’ as one of the four in the famous Beacon dance, which would likely mean that ‘Ren’ is the boy with extremely toned muscles and the dress.

Pietro got that drip tho