No, General Ironwood Did Not Say ‘Martial Law’, You Misheard Him 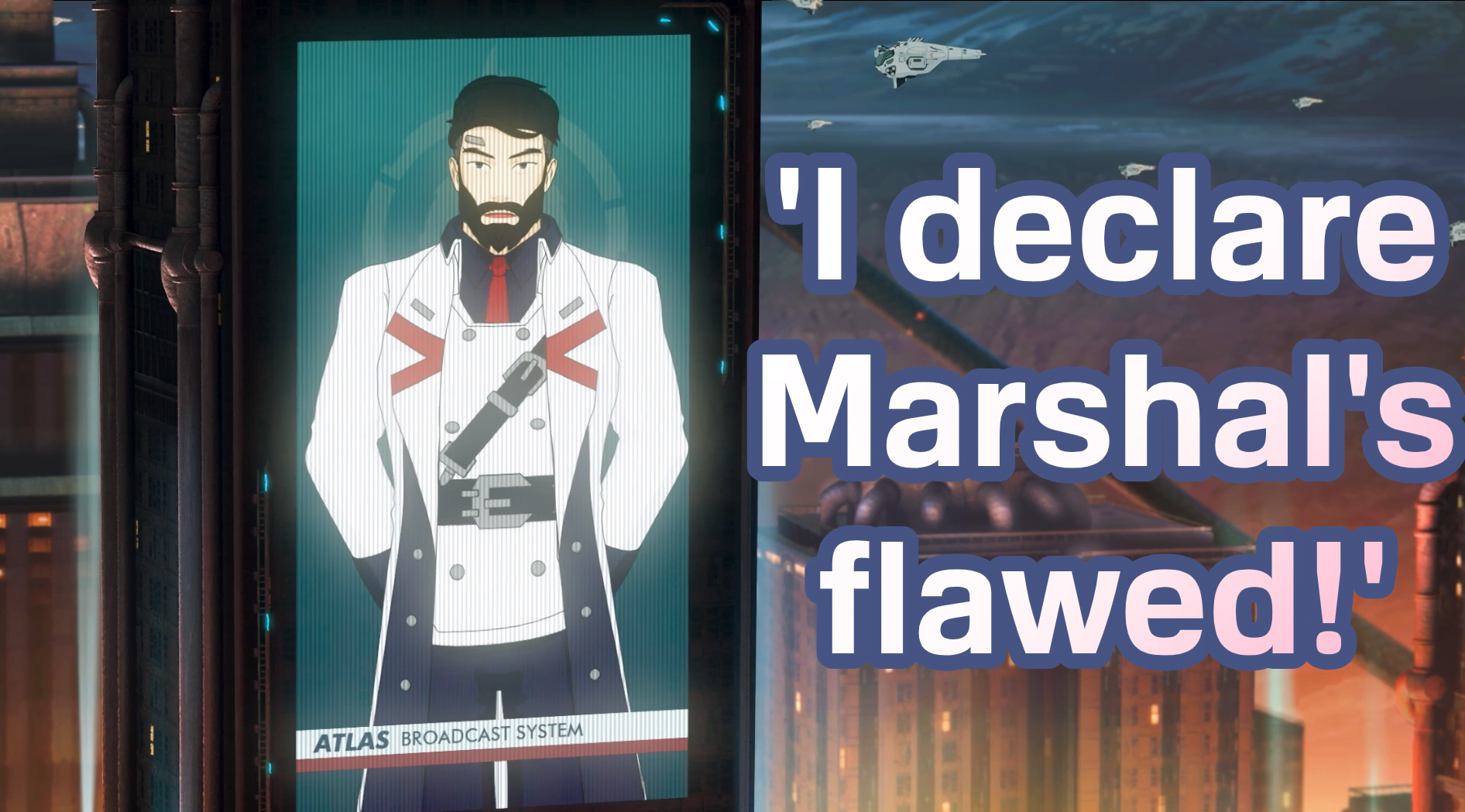 ‘I declare Martial Law.’ That’s what’s been ringing through the massive government-owned screens across skyscrapers and could be head blasting through sirens for a good two or twenty minutes. But that’s okay because we all misheard our dear General.

This time of year has really been stressful for all of us, but especially our generous sponsor General James Ironwood. The election ended in a last-minute voter turnaround surprise victory for Jacques Schnee, who turns out rigged the entire thing with the help of a lookalike of legendary scientist Arthur Watts, who passed years ago. After the election and the arrest of Jacques Schnee, the heating grid turned offline, thus freezing the entire population of Mantle (ready your portable heaters and stay inside, people). Angered people went out to the streets and started rioting, inviting plenty of Grimm. The Grimm then started attacking people (seriously, stay inside), while the Protector of Mantle, Penny, ran away with some flying flame girl and left the people to freeze or get murdered by monstrosities. Oh, I almost forgot a massive dark cloud that’s raining Grimm is approaching us. And now everyone’s unjustly point their finger at Ironwood, because it was his decision to recall all Atlas military from Mantle. Instead of thanking our dear General for keeping the people of Atlas safe, we shamelessly blame him for our troubles. The facts are clear – General James Ironwood is stressed. And when you’re stressed, you’re bound to speak slightly less coherently and confidently. People start to mishear you. That’s exactly what happened here.

To put it simply, it’s when the army takes over the government. Since he’s the General, James Ironwood (friend of vytal_news) is the only one who could invoke Martial Law. What would that mean for Atlas? Well, a forceful takeover of any government isn’t good news, but especially now. Since the military has returned to Atlas, a declaration of Martial Law would mean that the army is leaving Mantle to defend itself against Grimm, while taking over any power the remaining Atlas Council had.

What did the General actually say?

Now, if our dear General misspoke or, more likely, we misheard him, we have to understand what did he actually say. Well, lucky for us, I’ve got the answer. No, General James Ironwood did not say ‘I declare Martial Law’, he said ‘I declare partial awe‘! The General is in awe of our accomplishments so far – most of Mantle is still surviving while waiting for military backup and the completion of Vytal Communications Tower project, upon which the General will call upon all other Kingdoms to defend against this mystery ‘Salem’ woman. Of course, the General in all of his wisdom said ‘partial awe’, as he doesn’t want us to think we’ve won already – there’s still work to be done. What an inspiring leader! I bet you feel silly thinking he said ‘Martial Law‘, ha!

What does Atlas think of this?

We spoke with some Atlesians to find out if they’ve also misheard the General. “What the General said does not concern me,” said Lorraine Greene, avid lacrosse player and professional chinchilla breeder. “I am safely protected by an army and hard-light shields, so no Grimm will ever touch me. I’ve heard there was a serial killer on the loose, but it’s down there in Mantle, with the rest of the poor! What happens to the fiscally challenged is not a matter I shall bother myself with,” she said, while fanning herself with a fistful of Lien. “The Protector of Penniless, or what do the unwashed masses call her, she was obviously a traitor. It’s for the better, we don’t need the flea-ridden robot, anyway!”

When I asked Lorraine’s opinion on the General himself, she blushed: “Ah, the young General does look handsome and reliable! If only he weren’t so… tired looking… Speaking of tired, I tire of your contagious poverty contaminating my presence. Jeeves! Remove this destitute individual from my vicinity!” I was then removed from Ms. Greene’s vicinity.