No, General Ironwood Did Not Say “Blow Up Mantle”, You Misheard Him 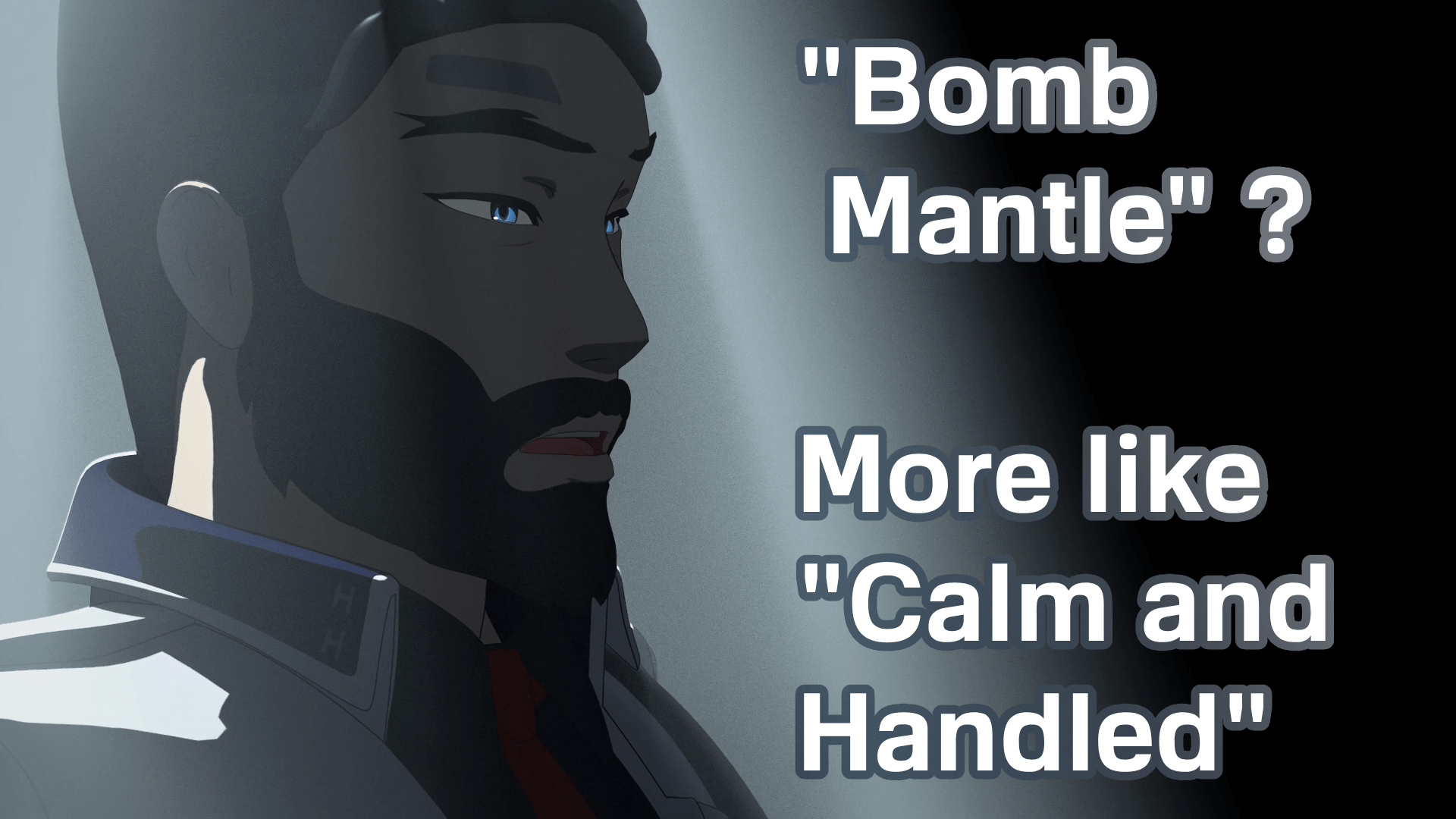 This evening an emergency CCT broadcast transmitted from Atlas Academy shook everyone in both Mantle and Atlas for all the wrong reasons.

During it, general James Ironwood spoke in a live broadcast surrounded by incredible cinematography and nomination-worth lighting, with acting and oratory skills worthy of a great leader. For some reason, however, people are focusing on the completely wrong thing – whatever the general spoke about. Some citizens are even panicking and claiming that ‘Ironwood actually became insane’. Turns out, just like the last time, people simply misheard the great general.

Commenters on social media believe that they heard James Ironwood in a leaked message to Penny, ‘accidentally’ transmitted through the nation-wide network, demanding her to come to him for some reason, or else he will blow up Mantle. With a bomb that he has or something. This is all completely ridiculous and, once again, a poor attempt at slander from the general’s political opponents.

There is no way the general would use Atlas’s communications for such a ridiculous demand instead of, you know, calling Penny directly. Doing something like this would immediately paint him as the antagonist in this situation, as blowing up tens of thousands of people would be monstrous and inhumane, to say the least. Ironwood is way too rational and wise to act in a villainous fashion like threatening to blow up an entire city so he could get a robot back. Which leads me to the explanation of this broadcast: you misheard him.

One problem of having such great cinematography and shot composition is sound recording – if you don’t have a lapel mic, and a boom microphone would still get into the frame (as Ironwood appears to be far away from the camera), the sound quality could be fairly poor. Considering that the general spoke with a clear, rational and calm diction, the weaker camera microphones couldn’t pick up all of the words used in the speech. Hence, all this confusion.

What did you mishear?

First of all, let’s address the Goliath in the room – Ironwood did not say “Blow up Mantle.” He would never. He actually said “Glow up Mantle”, which makes a lot more sense. Fellow Atlas councilman Sleet has been pushing for a Mantle glow up for a long while. Included in the city restructuring plans were a brand new downtown, with a heavy emphasis on local Mantle businesses.

There was a mention of a bomb in the speech, but due to the unstable connection in the underground shelters, most people couldn’t hear it right. Instead of “I have a bomb”, the general said “I am calm”, as in “I am calm and confident that this Mantle glow up plan will improve the tourism and business sector’s of the city.” He just skipped the rest of the sentence, since it can be easily inferred from context.

Indeed, General Ironwood did indeed say the words “Mantle is gone.” What he meant by that is, of course, that after the work on the new downtown is finished, the old Mantle will quickly be forgotten. Designer-brand stores and gluten-free food courts will quickly liven up the city and bring in thousands of visitors from Atlas and other Kingdoms.

Now we can put to rest all these ridiculous accusations that “Ironwood went mad with power” or that he’s “an uncontrollable tyrant removing anyone who disagrees with him.” If I still haven’t convinced you and you think you heard something else in the broadcast, it is likely the fault of rogue hackers like Ruby Rose intercepting the transmission in an attempt to stain the general’s good reputation. After all, you should never believe everything you see, or hear, on your scrolls.

vytal_news would like to ask General James Ironwood to please respond to our messages, as the funding from the Atlas Council has stopped for some time now and is vital to ensure a stable flow of reliable news to readers of Atlas and entire Remnant.