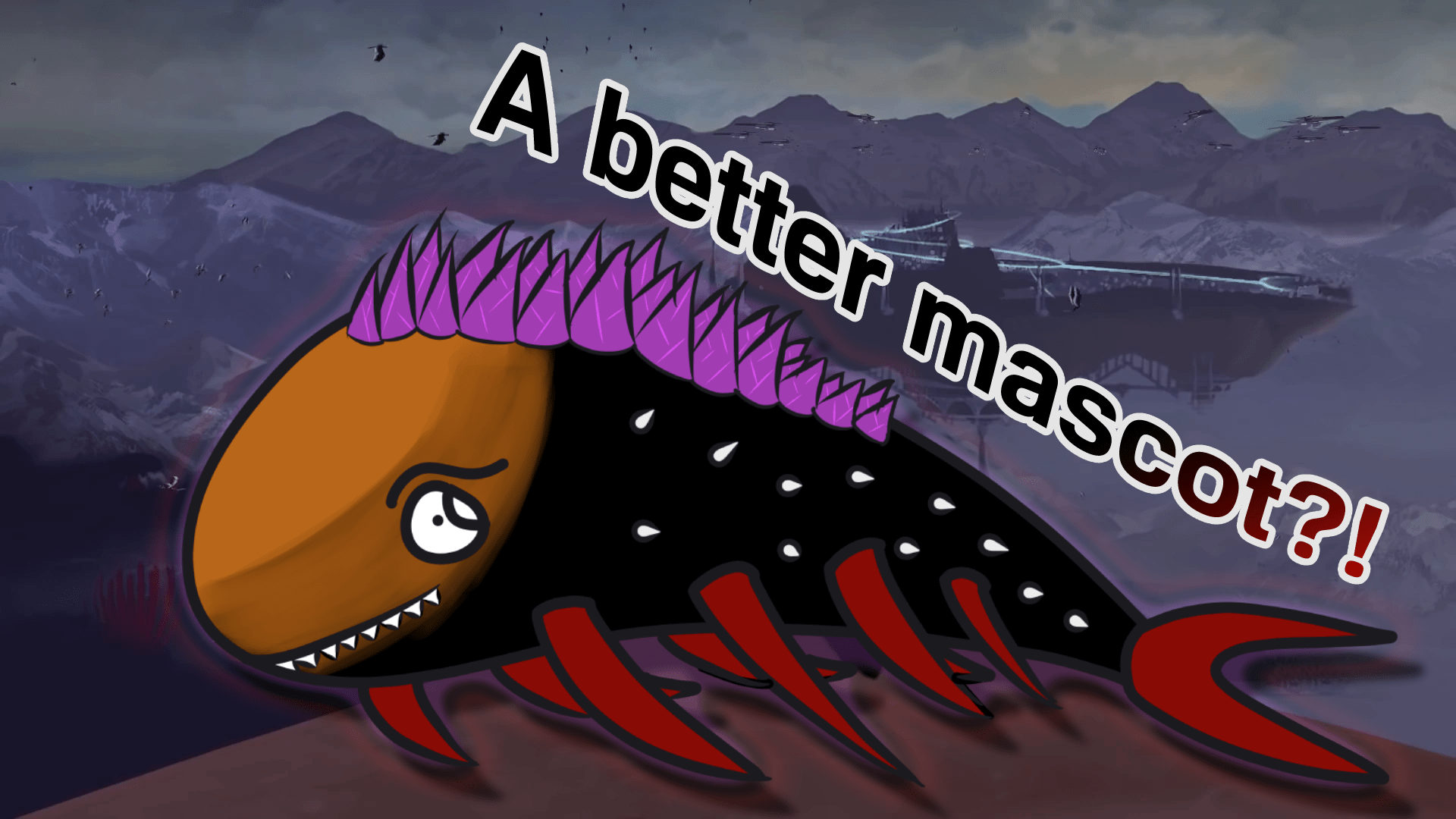 The Atlas board of tourism, in a controversial move, has declared that they’re changing the official mascot of Atlas from Uriel the Ursa to Wade the Whale. Almost immediately after the announcement, however, the giant Grimm whale, upon which the new mascot was based on, was blown up to smithereens by an unknown force.

The representative of the tourism board Marleen Seefoum posted the announcement on the official Atlas Scrollshare page. “We are extremely thankful to our old mascot, Uriel the Ursa, for serving us for the past twenty years. However, during these unprecedented times, the Atlas tourism board decided to renew interest in the tourism sector by presenting a new mascot, who is a better representative of today’s Atlas. Our social media team has seen a rising surge of talks about “party whales“, so we modeled the new mascot after that. Take a good look at Wade the Whale!” The image shown appeared to be a simple drawing of a cartoon whale, one which is eerily reminiscent of the gigantic Grimm whale that’s beached on top of Atlas. Or, rather, was beached.

The change of mascot was not received well by the people of Atlas, who don’t really have much to worry about since they’re all stuck inside emergency shelters anyway. Uriel the Ursa was a beloved mascot, who replaced the previous mascot of Atlas, Dustin the Dust miner. Dustin was considered to be a discriminatory derelict of pre-war ideas and his replacement into a more politically-neutral Uriel the Ursa was met with outstanding applause. The newest mascot change, however, saw much more criticism. “Uhhhh… Can we PLEASE not make a mascot out of the whale that crushed my grandpappy’s farm and my grandpappy?” said an anonymous ScrollShare user. Another user by the name of “AcademyExpulsion” stated: “So Atlas council spends money on THIS and not, you know, blowing up the whale?!” Soon after, the same commenter added: “EDIT: my bad, you guys actually blew it up. nice.”

It seems that they should have waited a bit longer before replacing their beloved mascot. The decision to rush the project might have been due to low numbers in the tourism sector lately – this last quarter Atlas received a total of 10 tourists, a 99.9% decrease from the previous quarter’s 16000. Low numbers or not, I hope they’re perfectly fine with Atlas being represented by a whale skeleton and a mountain of Grimm ashes.

Unbelievable. Do these anarchists know no end? Good-for-nothing Mantleans, tell you what. I’d bet a hundred bucks they’re behind the attack, especially with General Ironwood’s announcement.