Mistral Astronomers Come Up With Constellation Names, Proceed to Insult Everyone 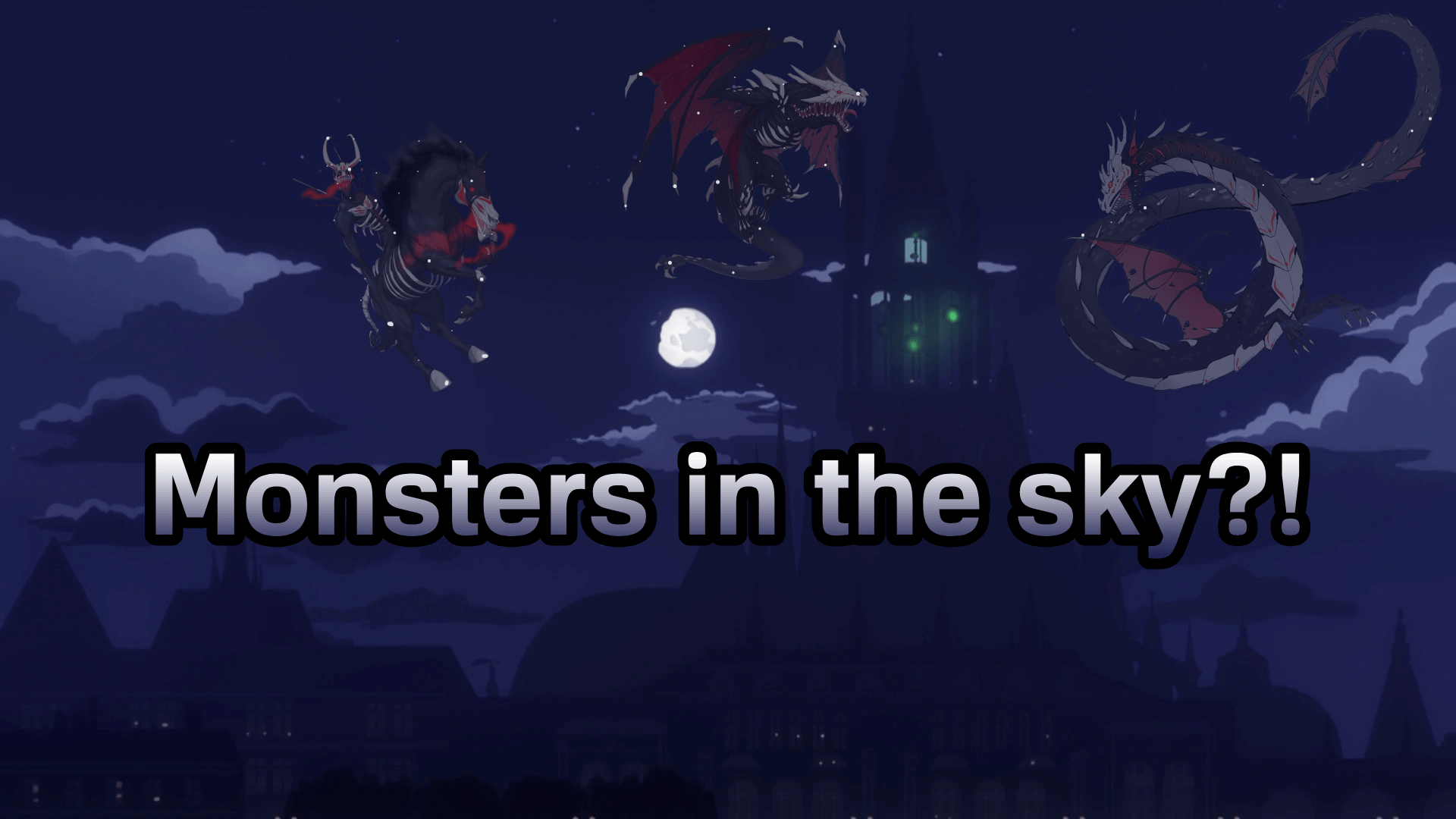 Today the astronomers at MASA (Mistral-Argus Space Administration, formerly known as Mistral-Atlas Space Administration) have announced that after internal debates spanning several years, the official names for constellations of Remnant’s northern skies were decided upon. Unfortunately for them, pretty much nobody is appreciative of their efforts. After all, almost all of the new names are based upon horrifying Grimm.

The six major constellations never had official names before and people referred to them in different ways depending on their home kingdom. Valeans have had constellation names like King, Heroine and Steed, which referred to their ancestry and famous stories. Vacuo residents called theirs the Crown, the Anvil and the Camel, possibly based on occupations like royalty, blacksmithing and trade. And out of all regions and names, only one mentions a Grimm – the Ursa Small and Ursa Big constellation names coming from Menagerie customs. Since Ursa are not native to Menagerie, it is speculated that even that name is a reference to a popular nursery rhyme, which compares the Ursa Small and Ursa Big constellations to a ball and a stick.

Bewilderingly, MASA has used those exact constellations to justify the new names. Chief astronomer at Masa, George B. Roe has stated in a press release: “Some of the most popular constellation names are the Ursa, so when we were thinking about names that could be universally used in any Kingdom, we realized we could name them after way cooler Grimm than a dumb Ursa. Look, the Ursa Big already looks like a Sea Feilong,” he said, pointing at a cluster of stars that formed a straight line.

The announcement sparked serious outrage immediately, as people did not enjoy having their star sign be compared to abhorrent Grimm. Some are angry because these constellations appear to honor monstrosities that killed hundreds of innocent people, others are insulted by the lack of representation of Vacuo and Menagerie Grimm, and finally there are others that got furious for the exact opposite reasons.

Timmy Fuscia, age 9, has begun a campaign protesting these new names. The boy, more famously known for denouncing his Harbour Primary School, has started telling his friends how silly the MASA are and even called the organization some mean names. In an interview the boy stated: “It sucks! My girlfriend Becky, who doesn’t go to my school, got a cool horseman monster as her star sign, and all I got was a stupid Sabyr!” In his trademark temper tantrum tone, Timmy tattled: “Everyone’s making fun of kids who were born in those two Summer months because their Grimm is way lamer, it’s dumb!” The boy then tried to pretend he was taking something out of his eyes in an attempt to hide that he was crying.

The operation is the second large-scale failure that MASA has had a hand in, as earlier this month they landed a Rover on Menagerie instead of the Moon, where it continues to harass the Faunus inhabitants to this day.

Seriously, what in the heck were these people on when they decided on the names, absinthe? They couldn’t have gone for the simpler “Tigris” or “Cetus”?