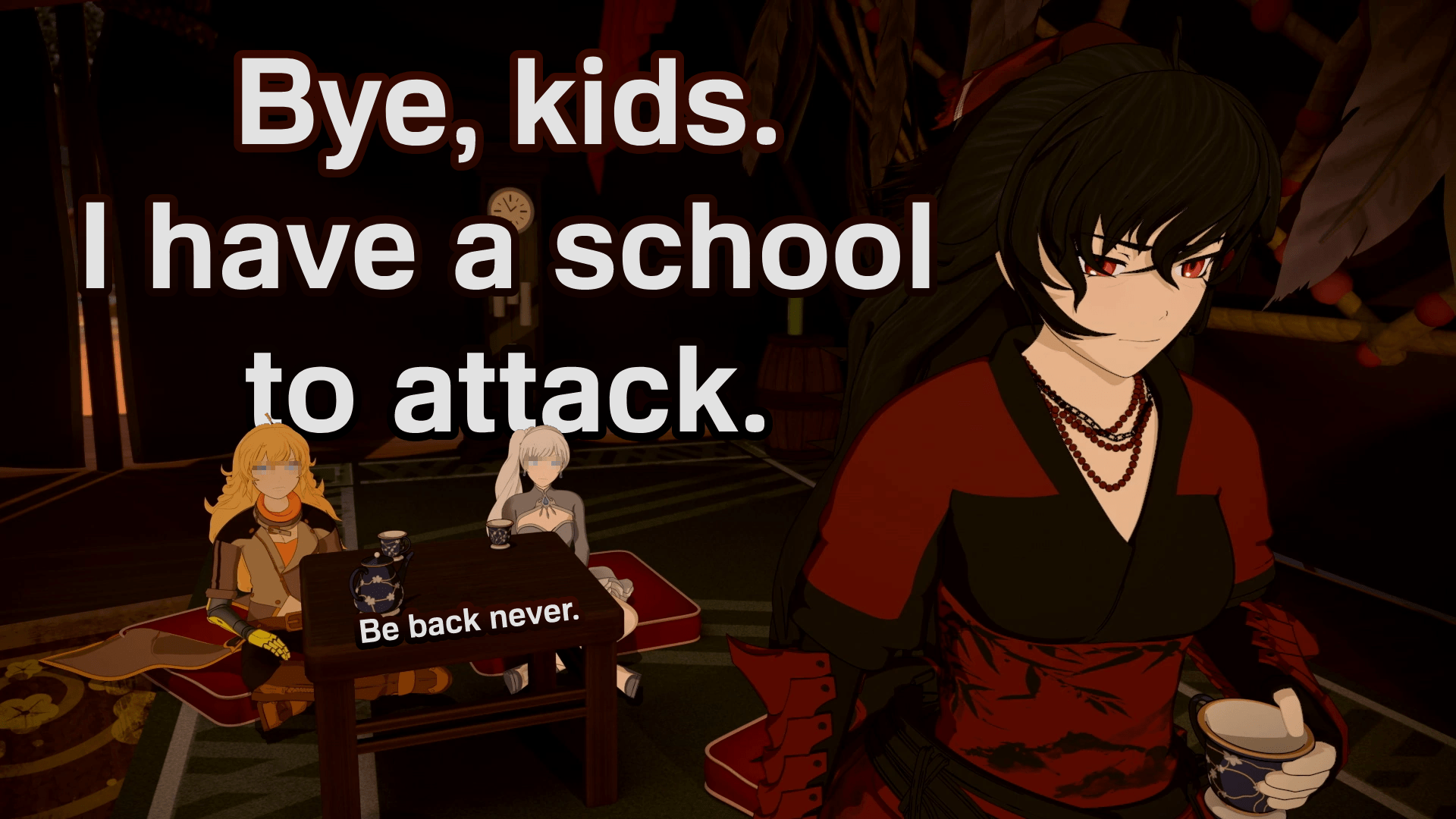 The annual “Worst Mom of the Year” award, hosted by the Mistral Council each year has once again failed to reach its recipient, as she just didn’t bother to show up to pick it up, like she did to her daughter. The awardee, Raven Branwen, faced some stiff competition this year, but eventually won due to her outstanding achievements in trying to murder her own daughter and her friends.

The Mistral Council’s initiative of awarding the absolute worst parents has been going on for almost two decades. Originally planned as a way to increase morale and public perception of parenting by awarding the best parents of the year, the award quickly turned opposite after the Council realized they could not spare any funds for any significant prizes. Thus the “Worst Mom of the Year” award was born, an award intended to scare and humiliate potentially bad parents into being a little less terrible to their offspring. A survey conducted three years ago show that 77% of mothers would prefer not to receive the award, with 22.9% of the mothers not answering the survey at all. This fact is used by the Mistral Council to prove the effectiveness of the award.

Last year was an unprecedented awards ceremony, with 14 winners, all Mistral huntresses, disappearing in the span of two months without explanation. The current theory for the phenomenon occasionally called the “Mom Rapture” is that the mothers all decided to escape their families and secretly live in a utopian-mom-society on a deserted island about 80 miles north-west of the coast of Menagerie. Unfortunately for their families, more and more evidence is being uncovered that the huntresses were murdered by two serial killers and wanted criminals, however the Mistral Council rejected the idea to rescind the “Worst Mom of the Year” awards for the possibly deceased women, as they’ve stated “it would reinforce the idea that dying to a serial killer is not bad parenting”.

This years winner is Raven Branwen, absentee mother of a single daughter Y. X. L. and apparent leader of the bandit clan just outside the outskirts of Mistral. A tip from a person named C. claims that Raven purposely led several known criminals and murderers to ambush her daughter, brother and their friends. Furthermore, the tip claims that she was also present at and didn’t stop the death of young girl that “looked up to her like her own mother.” The tip ends with a statement that Raven is “a terrible mother and cries like a little girl.” The very first claim, at least, is heavily believed to be true, as Raven was already linked to the attack on Haven last year.

The Mistral Council commented on the winner. “Usually attempting to kill your only daughter tends to land you at least into our honorable mentions, but because she also let her adoptive daughter die in the same day she easily wins this year. It’s unfortunate she did not come to claim the award. Because of her being a wanted criminal, we wanted to save ourselves some trouble and prepared an ambush to capture her, but it seems that the net for catching birds won’t see any use this year…”

The Mistral Council also awarded the “Worst Dad of the Year” award to Jacques Schnee for the sixth year in a row, however his current whereabouts are not known and the award is yet to be claimed as well.