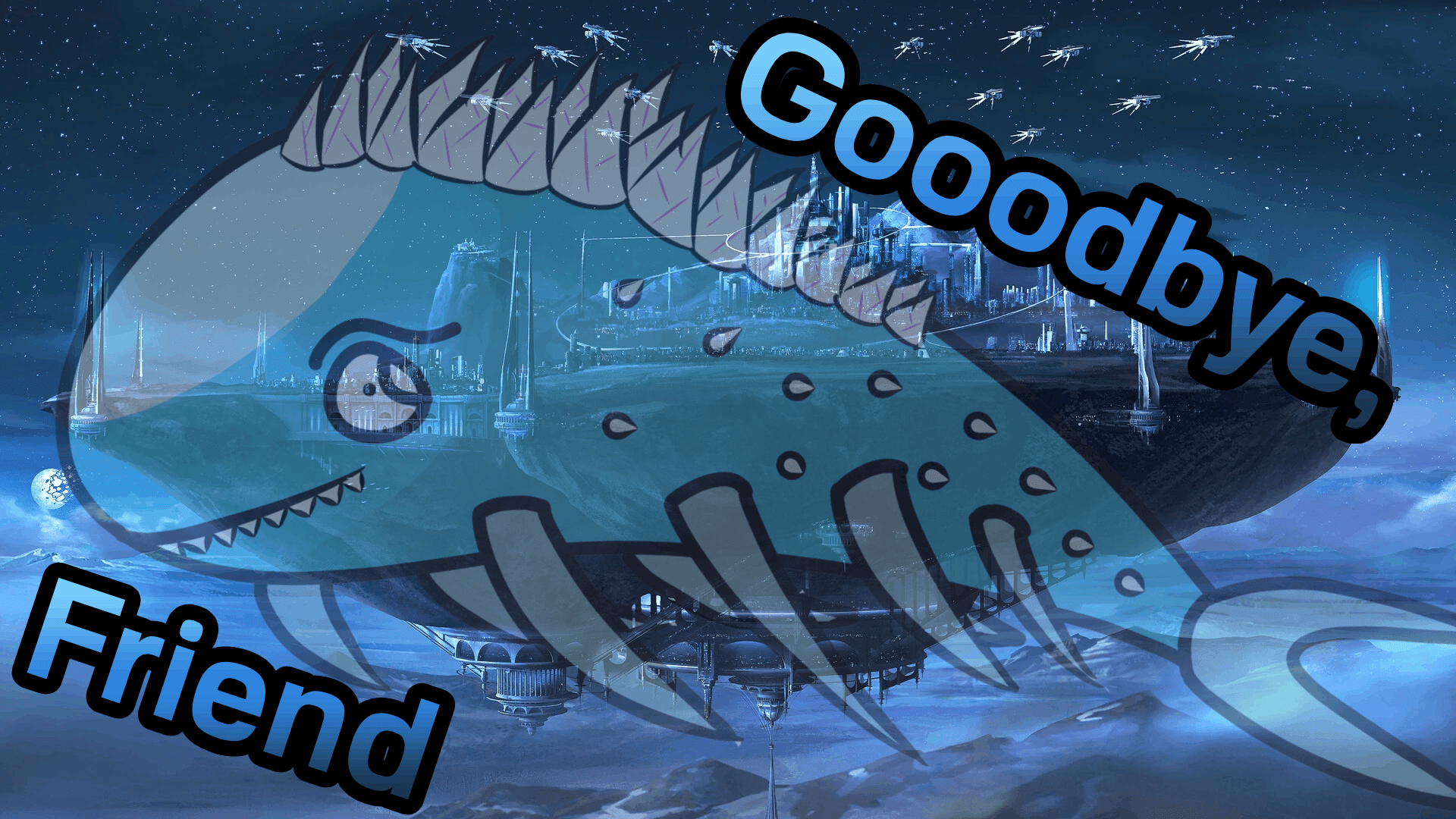 As the entirety of Atlas and Mantle are escaping into magical portals trying to save their lives, there is no better time than now to reflect upon the surprise that Atlas never asked for, but will dearly miss nonetheless. The gigantic Grimm whale, named Monstra, Richard, Wade among others, has touched the lives of many citizens. In some cases quite literally, as the death count for people being mortally flattened by the whale has been officially updated to 22 – a brave Atlas soldier was fatally struck in the head by a flying chunk of the whale after its spectacular explosion.

I spoke to some people who had particularly strong opinions about the recently deceased leviathan and didn’t seem in too much of a hurry trying to escape the inevitable catastrophe of a falling metropolitan city. Former assistant to Minister of Defense, Rina Swann, had this to say: “We’ve got plenty of strongly-worded messages after the whale exploded and #RIPWhale is the number one trending tag up to this very minute! People are grieving heavily, which means the whale really left an impression to them – even though he’s been here for only a few days!”

Another person who’s absurdly long job title I couldn’t hear since we were both running, Hickory Jobbs, commented on the parking fine stituation of the massive mammal. “Yup. The whale exploded which is pretty unprecedented – usually illegally parked vehicles with millions of Lien in fines don’t explode. Council still has to make a ruling, but we aren’t too sure we’re ever gonna see that Salem lady pay up.” I asked if he knew what exactly happened to make the flying finned freak to explode. In his infinite wisdom, he responded: “Yup. Must’a been Ironwood who blew the poor thing to smithereens. Reckon’ why the council’s been hesitant on fining Salem – she can send the city to court over the massive property damage. Whale might’ve been illegally parked, but the city still can’t blow up a civillian’s vehicle.”

Finally, I talked with a very eager young person who introduced himself with a ridiculous fake name. “Yeah, bro, I saw that whale explode in a funk-tastic rave! That was frikkin’ awesome!” After my extensive and calm explanation that he will only refer to me as ‘ma’am’, the youngster continued: “Yeah, bro, I mean, mam, totally. It was full of colors and was all like woosh – it was like the coolest light-show I’ve ever seen. Ah, too bad that all those teenagers inside are totally dead, bro. Ma’am. I meant ma’am. Super dead teenagers, ma’am.”

After some time, I had to conclude the interviewing as I ran into a magical OSHA-unapproved portal and saw my co-worker Kerry Blanche crying in a corner muttering something about General Ironwood.