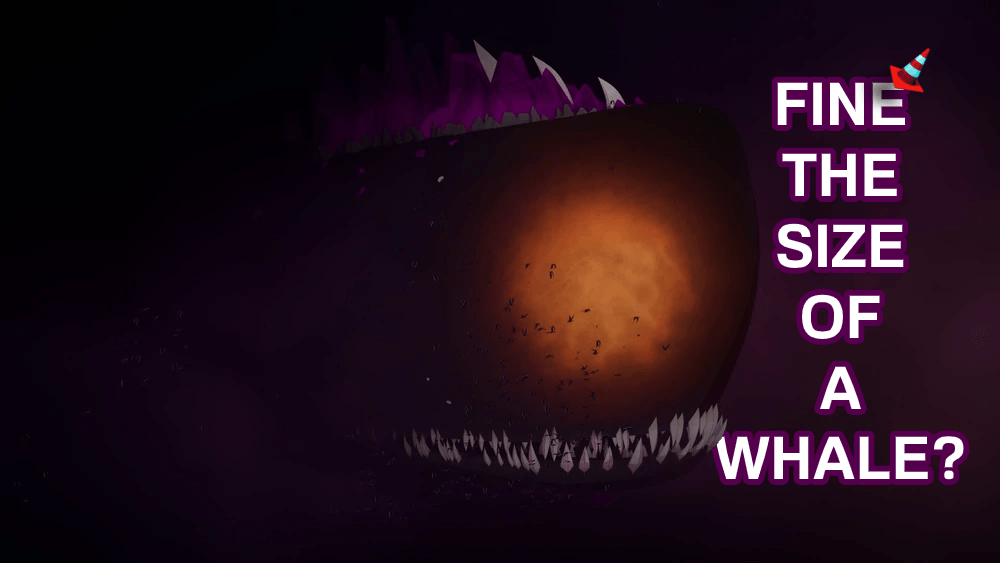 The Transportation Department Next to the Ministry of Communications has just announced the largest parking fine in history of Atlas and the entire Remnant. According to the accounts of General James Ironwood and notorious hacker Ruby Rose, the felon responsible for the crime of illegal parking is the Grimm-controlling entity known as Salem. The fine delivered to Salem is astronomically high, making it the hardest-punished statutory crime in history.

I spoke to assistant head of Transportation Department Next to the Ministry of Communications, Hickory Jobbs about this parking offense. “Well, this sure is unprecedented. It’s against Atlas law to park outside city limits with exceptions to farms and since the gigantic whale is considered to be a type of organic vehicle, its owner must have a permit to park there. We assume that Salem doesn’t own a permit.” Jobbs then took out his scroll, swiped at it a couple of times and nodded wisely. “Yup. Still no permit, which means that the owner’s getting a fine for each day the whale stays there.”

Naturally, I asked how would a fine against parking a living gargantuan whale is calculated. Hickory Jobbs responded solemnly: “Yup. Usually it’s counting how many parking spaces the vehicle takes up and counting the days. For example, Jacques Schnee once parked his airship in front of eight cafés, four hotels, two schools and an orphanage at the same time. His airships are pretty large, you see. So we measured the size of the airship and divided the plot taken up by an average parking spot. Mr. Schnee then had to pay for taking up 16 traffic spaces. Considering it was the Atlas center, it ended up costing him over 10 thousand Lien!” I asked Jobbs if Jacques Schnee ended up paying the amount. “Sure he did. Then he took out another ten grand and lit it on fire in front of us. Said it was a ‘power move’ or somethin’.”

Now you’re all biting your nails trying to guess how much indeed will Salem have to pay for illegally parking a humongous monstrosity. I did my duty as a journalist and asked exactly that. Jobbs was slow to respond, but sage in his answer. “Yup. Can’t really measure a whale. Well, we thought we could, but the team we sent to do so got gobbled up by them Grimm coming out of its mouth. So we decided to just measure it approximately from the Skye Observatory. Since it’s all approximations we erred on the lower side – wouldn’t want to resolve a calculation complaint from the Queen of Grimm, you know. So the Grimm takes up space about 1.67 miles long and 0.41 miles wide. That’s basically close to a 100,000 parking spaces. Still, this is the outskirts and the fine isn’t all that bad for a single space. In the end, we are about to send a fine of 979,3000 Lien to Salem. We must wait if she removes her vehicle in the permitted thirty-minutes first. We also don’t have her address or ScrollShare contacts. Uh, do you?”

Unfortunately, I do not. The near-million Lien sum is quite impressive. I asked about it some more. Hickory Jobbs nodded several times more, all-too-knowingly. “Yup. That’s 1.07 times the daily value generated by the entirety of Mantle. Not too terrible of money, could feed a lot of families here in Atlas, especially those that lost people to the whale crushing them. Honestly, wouldn’t mind that whale staying for a few days longer, Gods know our department needs new wallpaper.” When I asked if he believes that Salem will indeed pay the full fine she was assigned, Jobbs audibly scoffed: “Of course she’ll pay! She can’t not pay it – that’d be illegal!”