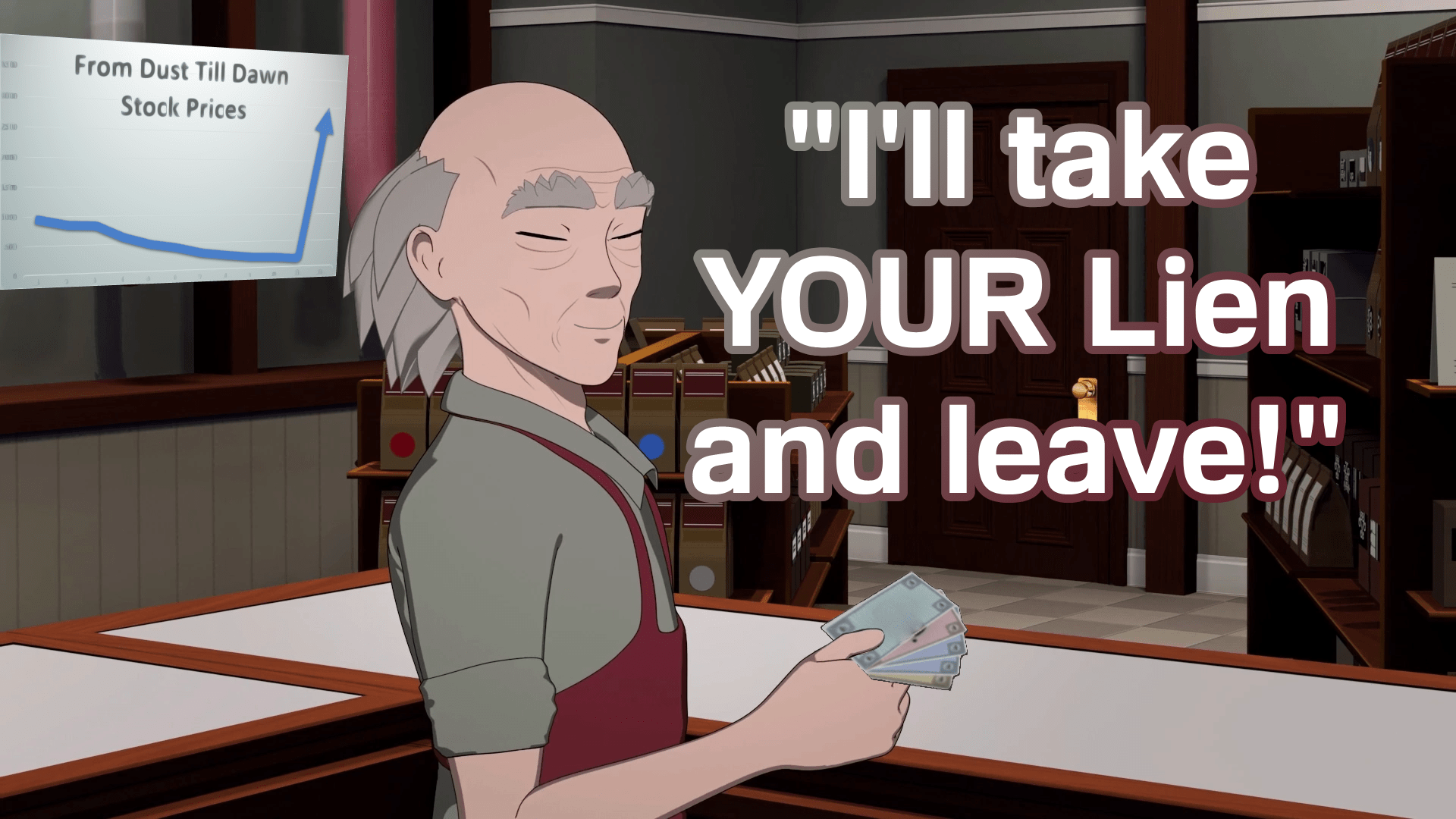 There’s this small Dust shop chain that’s primarily based in downtown Vale, which doesn’t look different from any other barely-afloat small business around. In fact, financial experts like myself have predicted this company, From Dust Till Dawn (FDTD), will close down completely before the end of the quarter. However, like any other good thing, our predictions were completely ruined by teenagers. Teenagers with access to social media and some disposable income.

This small public company saw incredible success overnight as the price of its stocks have jumped over 830% in just a couple of days. The value increase of FDTD was not the result of a brand-new announcement or a massive positively-seen change in the company’s structure, but rather a horrifying practical joke by some non-educated weirdos on ScrollShare. They realized that some hedge funds, which may or may not have included one of my own, were short-selling stocks and decided to counteract by buying an obscene amount of stocks at the same time, raising the prices and effectively bankrupting many veterans of the financial trade.

Of course, you might be wondering about the store itself. Owned by the ever-enigmatic Shopkeep (real name yet unknown), it’s a Dust store with an old-fashioned aesthetic. Due to the Dust embargo in Atlas, Dust stores had to significantly jack up the prices and stay afloat only by selling from their own reserve supply. I had heard the news that From Dust Till Dawn did not have enough Dust to cover business expenses for however long the embargo lasts, so it was preparing to close down shop. Apart from imminent death, the company was also the center of several controversies, including staying open with Grimm running around on the city streets (Vale law specifically prohibits the sale of Dust and Dust weaponry to Grimm) and being involved in an accident with several of my men, where they were brutally assaulted by a teenager with a scythe and did not receive immediate medical help from the employee there.

I visited From Dust Till Dawn and attempted to talk with Shopkeep in a polite and civilized manner, but as soon as my twelve employees and I entered his shop, the old man began throwing sharpened Lien and credit cards at us with frightening accuracy. For the time being me and my men had to postpone the interview.

Fortunately, I at least managed to catch one of the flunkies who helped desecrate the stock market. “I didn’t really have anything better to do that day, you know? I figured helping some strangers topple the economy would be a decent way to pass the time,” said Oliver Boors, a 20 year-old journalism student. “Haha, I’m really not used to being on the other side of the interview. Also, could you please untie me?” After being reminded that he does not ask questions in this particular conversation, Oliver continued: “I remember I used to go to Till Dust all the time when I was little. I used to read weapon and huntsmen fashion magazines, that’s how I decided to become a journalist actually! I heard that the store was gonna go bankrupt, so it seemed like I was doing a good thing while also sticking it to the big man, you know?” After a few more questions, Oliver finally stopped moving in his chair so much and didn’t even seem to mind the water exercises we showed him.

One thing’s for sure, the uneducated pipsqueak really stuck it to the big man – me! I’m seven-foot-and-broke after this whole FDTD fiasco! Can’t these people realize that by abusing the stock market like this, they’re hurting other people? How am I supposed to pay for everything now that my hedge fund is gone? Even after the Fall, I still have many fiscal responsibilities left, like my two bars, three houses and five girlfriends (even after one, two and three of them respectively were recently lost to the Grimm). It seems that I will have to invest into something that young people like, as they’re the ones controlling everything. I might have to give those V-Huntresses a shot…

Hei, Hei, Hei…after a certain point even put-upon info brokers gotta admit there’s another fish in the pond and its teeth are just bigger. Also, between that club thing you still haven’t let go and all this ‘bait in the young folk’ again talk…long story short I notified Representative Headmaster Goodwitch five minutes ago. I wouldn’t bother running, you’ll just go out tired.