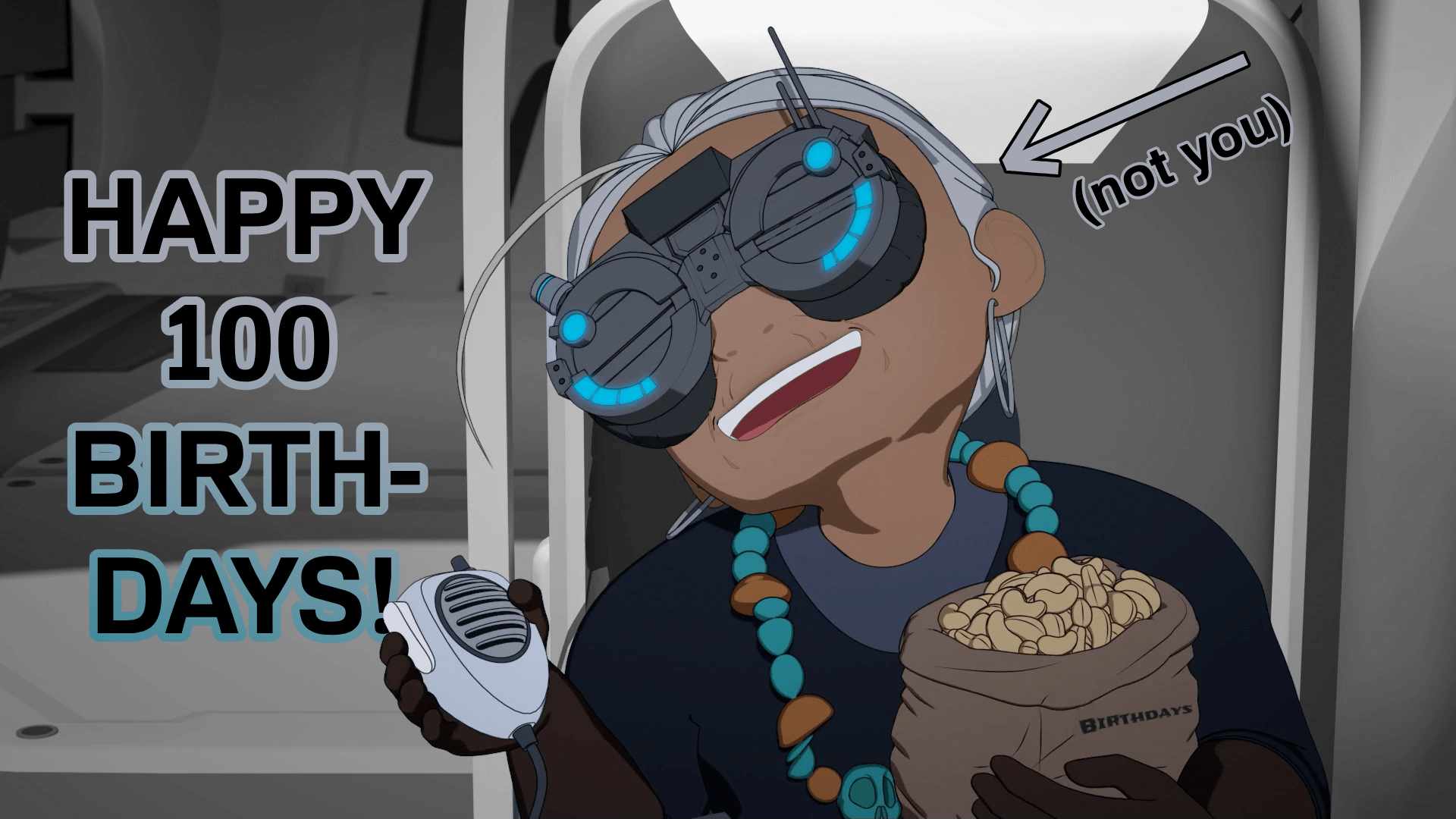 Airgid Armin is currently the first person in Vale’s recorded history to become a centenarian – someone who has lived to reach a 100 years. Today the Vale Shadow Council has officially congratulated Mr. Armin for such an outstanding achievement in a press statement.

“The Kingdom of Vale would like to offer congratulations to Mr. Airgid Armin, currently presiding in the city of Vale, for living up to or even past one hundred years. Although the Kingdom has officially begun storing information regarding births sixty eight years ago, it has been confirmed by multiple sources over the last sixty years that Mr. Armin’s age is correct. Unfortunately Mr. Armin himself was not one of those sources, but we have no reason to doubt their accuracy,” spoke councilwoman Jane Doe.

This 100th birthday is important not only to Airgid Armin, but to the Kingdom itself. The average expected age of a Vale citizen is 42.1 years, which would be decreased to 41.9 years if the local centenarian passed away. Additionally, A. Armin’s long age is even more impressive when compared to the average expected age of the Vale Kingdom citizen, which, including all villages and less-protected areas, averages out to 23.7 years old. This number has been slowly increasing over the years after the outlawing of a traditional Valean village ceremony of throwing anyone over 50 from a sacrificial cliff in order to appease the Two Brothers.

Mr. Armin has several grandchildren and great-grandchildren that he no longer keeps in touch with. Although his descendants could have arrived to congratulate him, most of them are currently stuck in Atlas retirement homes, so Airgid Armin was set to celebrate alone. To help with that, a group of students was sent to by the council to commemorate the senior’s birthday. While the kids were attacked by Grimm on the way there, they only lost the celebratory cake and their teacher, but in return learned many interesting facts about Mr. Armin.

“You Beowulf [EXPLETIVE REMOVED], I am not 100 years old,” Mr. Armin told the balloon carrying sixth-graders in disbelief. “Holy [EXPLETIVE REMOVED]… How did I get old so fast? Oh Gods…” After the truth has sunk in to A. Armin, the kids organized the cake-less celebration and a brief musical number. Following that, the centenarian recounted some stories from when he was younger.

“You see back in the day I fought in the war. You call it the Great War. We didn’t call it that. We thought it won’t last long. We called it the small war. Back in those days you fought for what’s right and what you believed in. Trust me, living 100 years in Remnant was pain, but at least I could kill a few of those Faunus freaks in the war to sleep better.”

After a brief and unsuccessful attempt at sensitivity training by the students, Mr. Armin continued. “Too bad we Mistrals lost the war, now them filthy Faunus are running around in the streets with the rest of us and I get to live in Vale. Now get out, I need to sleep!” Airgid Armin then shooed away all visitors, retracted into his turtle Faunus shell and went to sleep. It is widely believed that this particular Faunus trait, as well as his generally unpleasant demeanor is the reason why Mr. Armin is the only person in Vale who has celebrated their 100th birthday.

Editor’s note: unfortunately the students forgot to take even a single picture of the commemoration, so the team at vytal_news resorted to use the picture of the oldest-looking person in the library of public domain, which just so happened to be the cashew-crunching criminal M. Calavera.