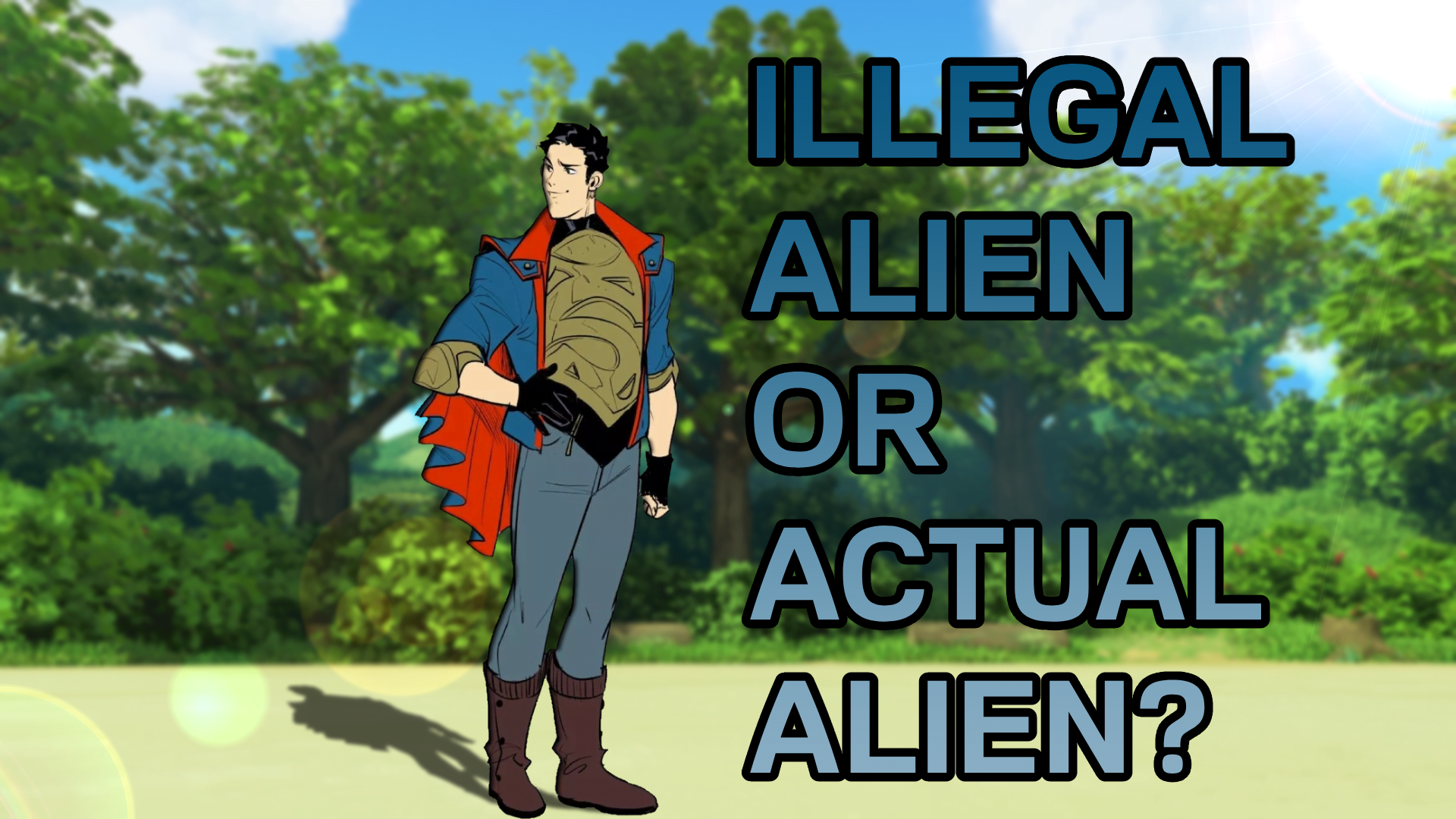 A small island belonging to the kingdom of Vale is now under heavy media attention, after witness reports of a strange young man exhibiting superhuman capabilities despite him never previously living there.

The strange person, who calls himself by the pseudonym Clark Kent, is usually a jolly fellow, content to spend his days in secrecy at the farm belonging to local Patch island resident Taiyang Xiao Long. When approached by other people, however, this Clark runs or even incredulously flies away in fear, exhibiting fear and fragility more appropriate to a scared pigeon or even a paper airplane. While he is neither of those things, observers note that the young man clearly is superhumanly powerful, and therefore dubbed by some as ‘super man.’ Due to inherent toxic masculinity in the name, the more commonly accepted nickname for Clark is now ‘Dust dude’, apparently because he possesses powers of all Dust without the need for crystals.

We decided to interview known animal abuser and basically a sad guy Taiyang Xiao Long. Unfortunately, upon seeing our journalist he ran away shouting ‘not again!’ and we were unable to conduct a more thorough investigation. However, knowing the man’s history, it is likely that Dust dude Clark Kent is being kept illegally in Patch, perhaps even against his own will.

Residents of Patch, after careful and sneaky investigations, have found out that Clark’s power might be closely related to Dust. Among his capabilities, Dust dude has been seen flying, running around in super speed, carrying several entire tree trunks with one hand, breathing frost and even shooting lasers from his eyes. One such observer, Alois Nuran, lamented how unfair semblances are: “I just don’t get it. He can fly and shoot lasers and all I can do is understand what toads mean when they croak. He gets to be cool and popular because of his broken semblance and all I get from mine is having to move my home to another swamp after my neighbors start croaking behind my back.”

Considering that the name Clark Kent is not registered as a citizen of the kingdom of Vale, villagers of Patch have begun spreading their own theories. Among the most popular are that Dust dude is a former student at Haven Academy, who had nowhere to go after the attack or the he is an extraterrestrial alien that’s just very confused.