Was I the Only One Imagining Those Shadow People? 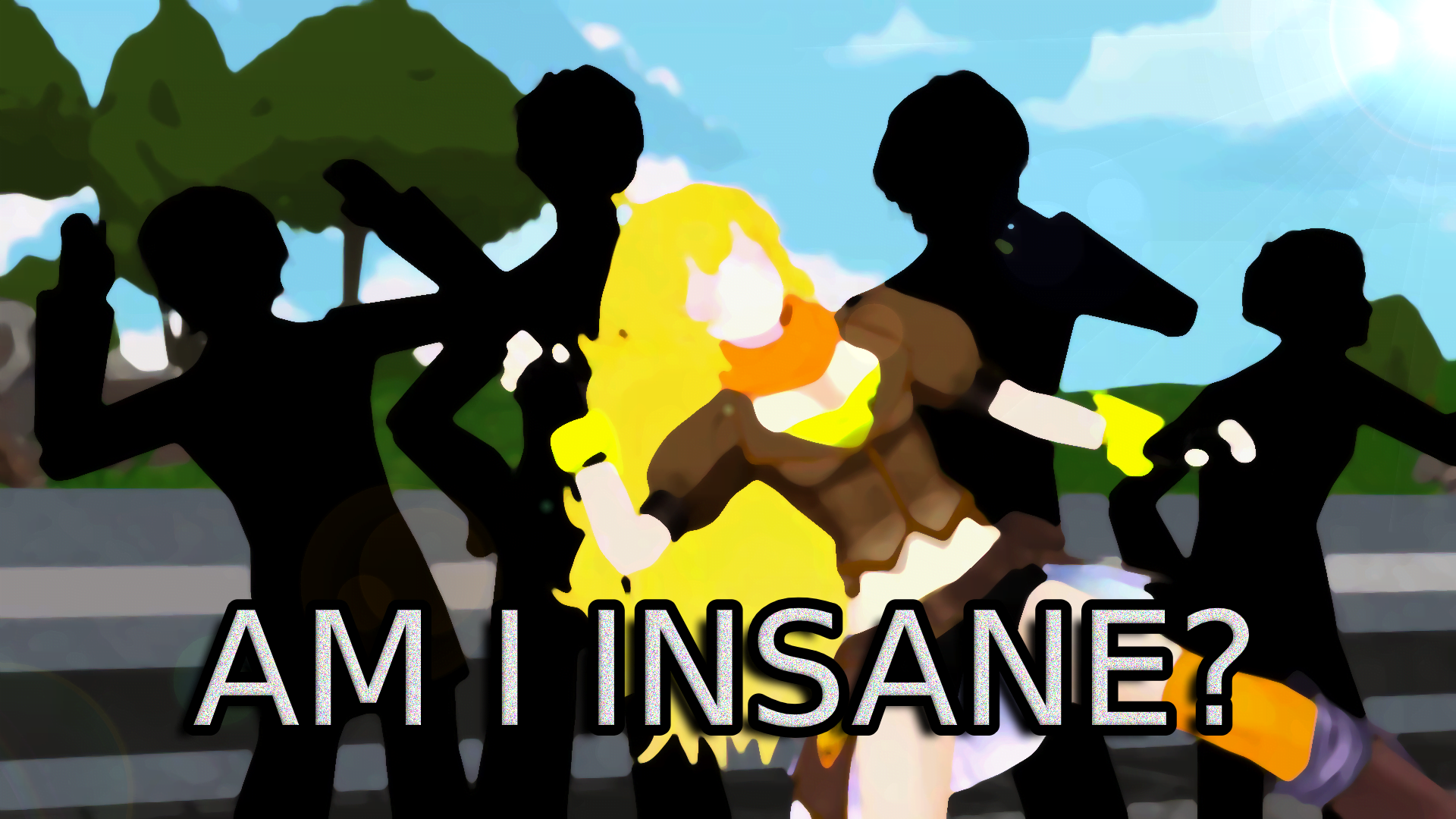 I think I’m going crazy, but these times you can’t be sure if it’s not brain damage or life-altering trauma of your school being destroyed by terrorists. Nobody remembers this but I swear I was studying with a bunch of shadow people in my first year of huntsman school.

I was a Beacon student and when I enrolled, and I immediately noticed that the vast majority of students there are, well, for the lack of a better word, extremely dark. And I don’t mean hair or skin color – they were featureless black shadows with what appeared to be a silhouette of a person instead of any discernible traits. At first I freaked out, but eventually I got used to it, telling myself it’s just a fad, a cool costume or a semblance and it will all be better soon. Well, it did, I haven’t seen any shadow people for over a year, but it still freaks me out to think that I was the only one who could see them.

Now, not everyone was a light-absorbing entity – I could clearly see team JNPR and CFVY and some others I think. Also – all professors were normal, although I can’t really remember professor Peach all that well, I’m sure she wasn’t a pitch-black enigmatic contour of a person. Don’t get me wrong, all of them were actual people, with names, personalities, hobbies and so on… But they just didn’t look like, you know, actual people. I spoke with one of the former shadow people, who now looks like a regular person, my former teammate before the Fall of Beacon, Franciszka Pork.

“Kerry, you always looked at us weird. At first I just thought that you’re a strange guy, but I’m starting to think you have serious mental problems,” Francizska told me with a worried expression on her face. “I understand, the Fall was certainly traumatic, but I fear there might be something more than just that.” After I explained to her that for a full year all I that I saw as the vast majority of Beacon’s students were dark featureless individuals, she became even more concerned. “All of us? Even me? But not some random freshmen? You do remember how Pyrrha Nikos looked, right? Okay, I’m still studying psych, but I can’t help but feel it’s all connected – you only see the girls you like and figures of authority… This might be some strange self-preservation mechanism…” For the next two hours, Francizska nagged me about various possible psychological problems and syndromes I might have all the while helping clear Grimm off the destroyed school grounds. Eventually I started wishing she became a shadow person and vanished – Brothers know she talked way less as an anti-light creature.

That’s why I’m asking for your help – especially those who studied at Beacon before its unfortunate nosedive. Were there really shadow people all around us or am I just going absolutely crazy? Please, this keeps me up at night long enough to actually start seeing shadow people again!

I did see shadow people as well. My guess was that Beacon had someone making these “Shadow students” (either with semblance , robotics or whatever way) to make it look like there are more students in the school, so they could get more funding. Though if some people for you became normal later I am not too sure now.

Maybe due to fall of beacon trauma you are mixing up who was shadow and who was not?

[…] For a while it was believed that the “shadow people” effect was a censor filter implemented by the Academies to show off their incoming student capabilities, while keeping their identities hidden. This would be particularly useful for fights in the Vytal Festivals (no relation), as otherwise students could simply prepare for their opponents beforehand, “countering” them and making fights less interesting than watching unprepared students scrambling for a victory. A few years back, however, some students randomly appeared completely normal in some shots. After digging in, it was revealed that the entire “shadow people” thing was just an error in formatting with the footage recording program, not an order by the higher ups to protect the identities of the students. Unfortunately, it seems the error in the footage caused a good amount of problems, even leading to minor breakdowns like our very own Kerry Blanche. […]