Top 10 Cutest Vytal Participants (of Those That Survived) 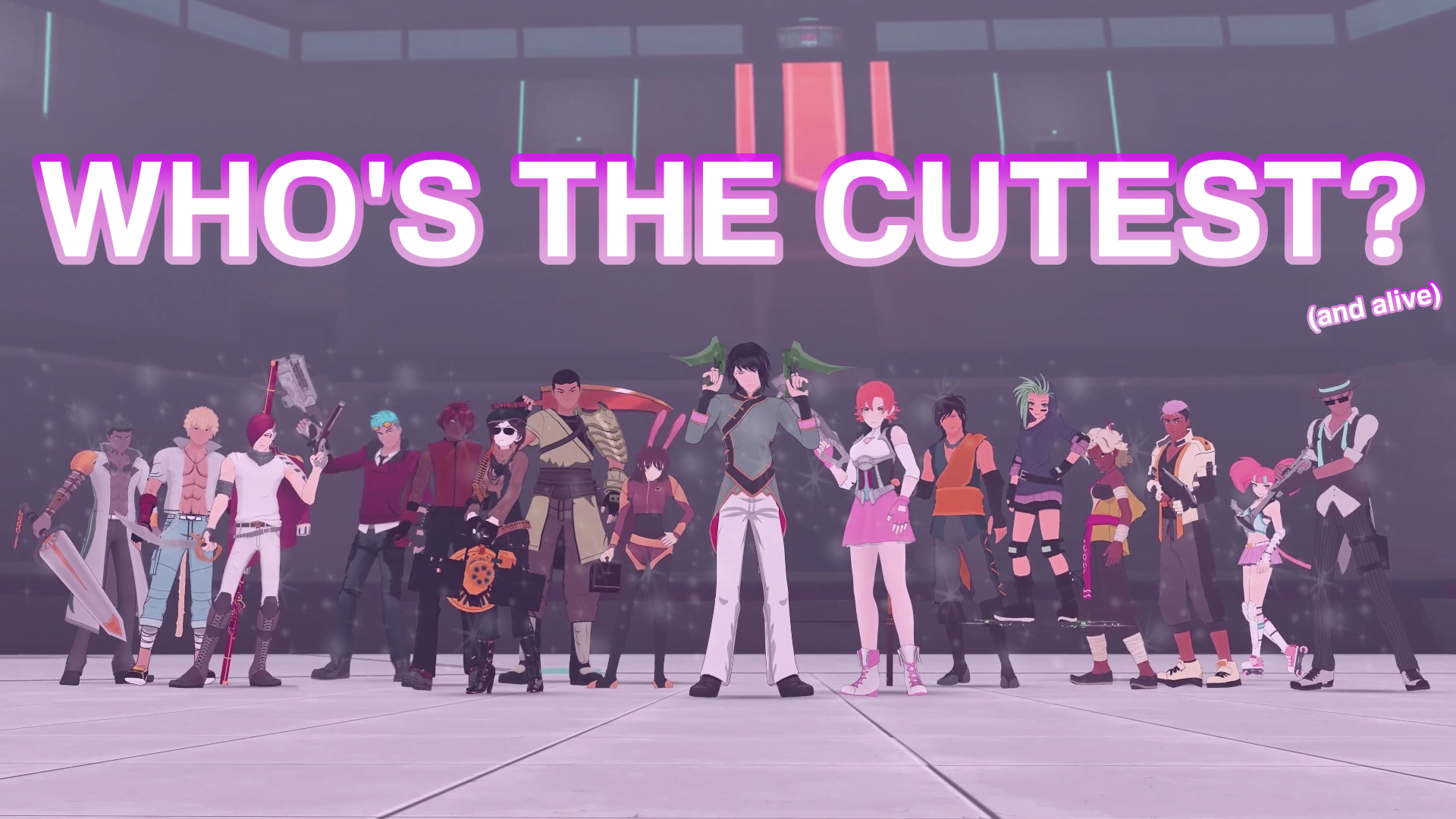 It’s finally time. In this list, we will reminisce about the last Vytal Tournament and find out the top 10 cutest tournament participants. Last year we had plenty of fantastic competitors, most of which were at least bearable to look at. Fortunately, we have enough of Vytal Festival survivors to fill a Top 10 list this time. Also, if you disagree with this absolute and correct list or have your own suggestions for a Top 10, leave them in the comments down below or in social media.

Couple of rules before we begin: first – I’m using ‘cute’ in the broadest sense possible, so anyone who could be considered ‘attractive’, ‘appealing’ or ‘cool’ also fits. I wanted to use the word ‘hot’, but then those with fire powers, firearms, firepower or fire arms would top the list immediately, and I’m just not the kind of journalist who would ever mislead readers. Second – I’m only including participants that survived the Fall of Beacon. If anyone got gobbled by a Beowulf after the Fall, they are still eligible here since I’ve no idea where some of these people/criminals are. Also since the definition of the word ‘survive’ means ‘remaining alive’, Penny is disqualified since she never was alive to begin with. There you go, transparent grade A journalism. Now, onto the top 10!

Like I said before, if this was a ‘Top 10 Hottest Participants’ list, Ms. Ember here would definitely take one of the top spots. Cool and collected on the outside, but inside the field she’s as fiery as it gets! It seems Octavia can really handle herself in a fight, while also looking mad cute, which is why it’s unfortunate we got to see so little of her. Also, congratulations to the entire team NDGO for having all four members survive the Fall of Beacon!

Reese brings the charm and attitude that’s so popular with kids these days, I can’t help but say that it’s definitely cute. The fantastic hair and a stylish hoverboard fighting style makes a striking impression, especially when together with the accenting face markings under her eyes. If she lost the hoodie and really let her hairstyle pop, then she’d be definitely on the higher end of the list. Oh, and two words for you, girl: LANDING STRATEGY.

As the former heiress to a billionaire’s fortune, Weiss really knows how to act like one. Her graceful fighting style combined with her elegant, yet fashionable outfit would place her much higher on the list, unfortunately I can’t give someone a high spot if they end a fight covered in soot and ashes. Too bad all that money can’t buy her skill.

Look at those chiseled abs! Sun’s got the cute, yet cool; goofy, but also stylish look to him. If boys like him hang around shirtless in Vacuo, there’s finally a reason to visit there. Sun’s not higher on the list simply because his attitude can be a turn-off; while some see him as laidback and silly, others might see him as lazy and unreliable. How do I see him? Abs.

Neon’s everything simply explodes with her energy; her hair, her weapon, her fighting style even her manner of speaking. There’s something fascinating about a girl who can pull off three earrings, three armbands, streaks of cyan in her orange hair, arm and face tattoos, tail rings and even a cat collar (I’m even ignoring the racist connotations here). Neon’s definitely got it all and then some, which is why it feels like it’s a bit too much. She’s definitely the type of girl I’d love to meet in a club and never see again afterwards.

I might be biased here because I love a good dark dress, especially if said dark dress deceptively dons dozens of deadly daggers. Add all that with simply the cutest ribbon in the tournament and you’ve got a stunning participant for the tournament, even if Gwen did last only a single round. Now, I’m not going to comment anything on Gwen’s unfortunate dress… incident, but I will note that I had great seats for that fight.

Now here’s someone who isn’t afraid of showing a little skin. Or a lot, in Emerald’s case. Her hair color is frankly delicious, her top is brave, yet practical and her leggings are truly a thing to behold. The whole outfit really accentuates Emerald’s deep crimson eyes and her playfully devilish demeanor. I do have to deduct some points for being a wanted terrorist, who almost destroyed two Huntsman Academies, but nothing would ever make me put her anywhere lower than this spot.

A slick hairdo, cool scarf, two belts, a single halfglove and a side of an admiral’s jacket. Scarlet can really pull off a cool pirate look, without losing any of his boyish cuteness. Although he seems like the type of guy both girls and boys dream about, Scarlet couldn’t really restore his reputation after he suffered a humiliating knockout from a couple of coconuts…

Speaking of coco(nuts) that beat Scarlet, I present Ms. Vale Fashion herself. The designer beret, the incredibly expensive sunglasses, the gradient hair, the black roses on her chest and wrists… they all come down to one stunning – and dangerous – looking woman. Coco’s fashion game is miles ahead of everyone else and she would turn heads both in Mistral’s seedy bars and Atlas’s largest fashion shows.

Also, please step on me, Neo.

[…] was in fact the same person as a Vytal Tournament fighter Neo Politan, who was named by me as the cutest participant that also survived. Other than this shocking revelation, the paragraph laid hints that Neopolitan could in fact be […]