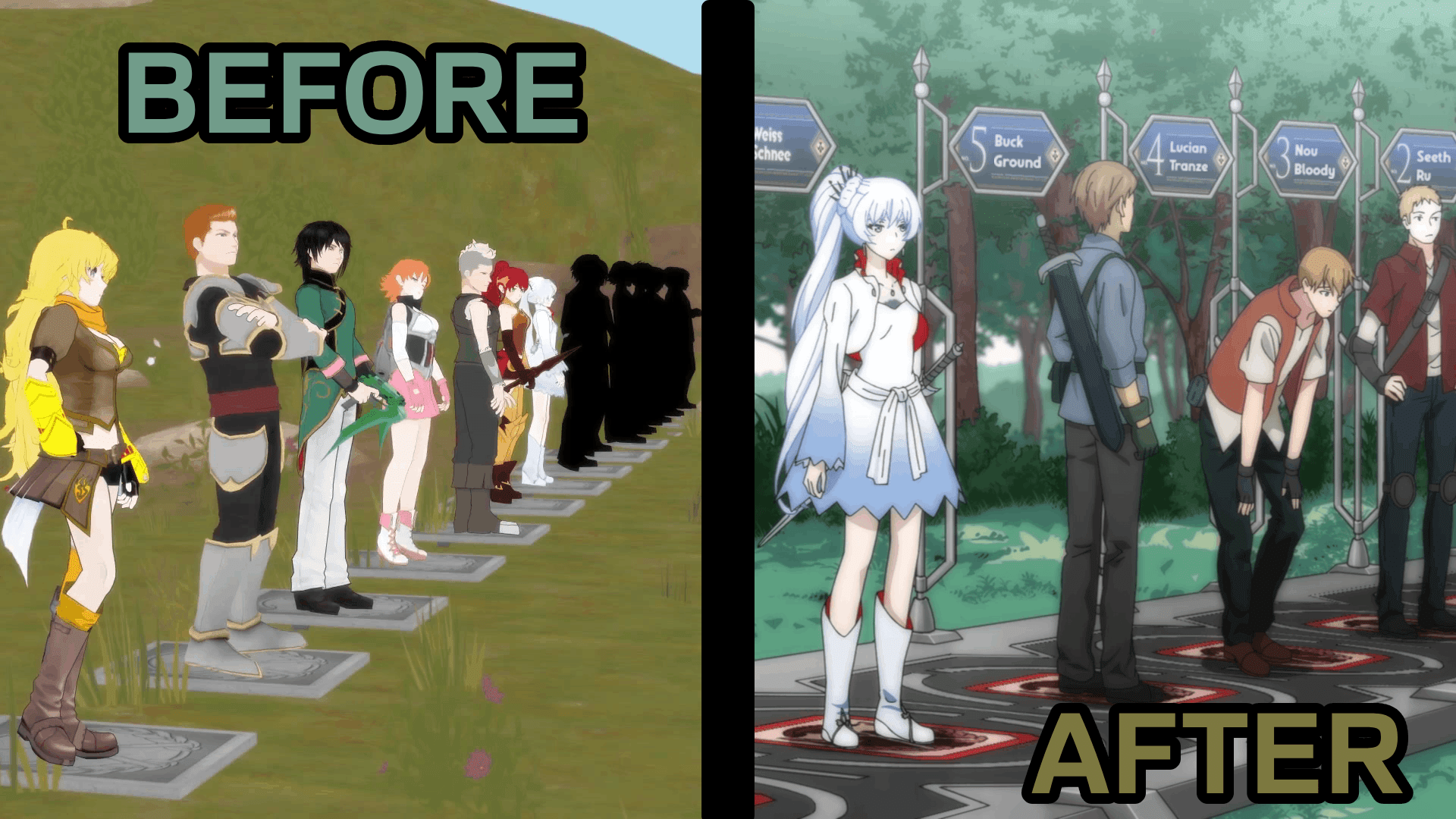 Hello everyone – intern Ash here once again. Hope you all been doing well. The sandstorms near Shade Academy haven’t been kind to us, and I had some trouble with the connection. I wanted to share some great news with my fellow huntsmen and huntresses. As many of you know, most recorded footage in the Academies have weird opaque shadows over most students and faculty members. One of the tech guys in Shade Academy was finally able to fix these errors, at least in the huntsman initiation footage. Meaning that after many many years we can finally watch how our initiations to the Academies went, without needing to guess which of the “shadow people” we are.

For a while it was believed that the “shadow people” effect was a censor filter implemented by the Academies to show off their incoming student capabilities, while keeping their identities hidden. This would be particularly useful for fights in the Vytal Festivals (no relation), as otherwise students could simply prepare for their opponents beforehand, “countering” them and making fights less interesting than watching unprepared students scrambling for a victory. A few years back, however, some students randomly appeared completely normal in some shots. After digging in, it was revealed that the entire “shadow people” thing was just an error in formatting with the footage recording program, not an order by the higher ups to protect the identities of the students. Unfortunately, it seems the error in the footage caused a good amount of problems, even leading to minor breakdowns like our very own Kerry Blanche.

To show off what is new, here are some comparison shots between the original videos and their restored versions. In the old version we see that several students further away from the camera are being obstructed by the opaque shadows, while in the new content we can fully make team BLNK (blank). See how team leader Buck Ground is eager for their Academy Initiation challenge, alongside his future teammates – Lucian Tranze, Nou Bloody and Seeth Ru (not visible in the footage). Truly a magnificent team that grabs everyone’s attention, though it appears that right before the start the team positions were shifted somewhat. 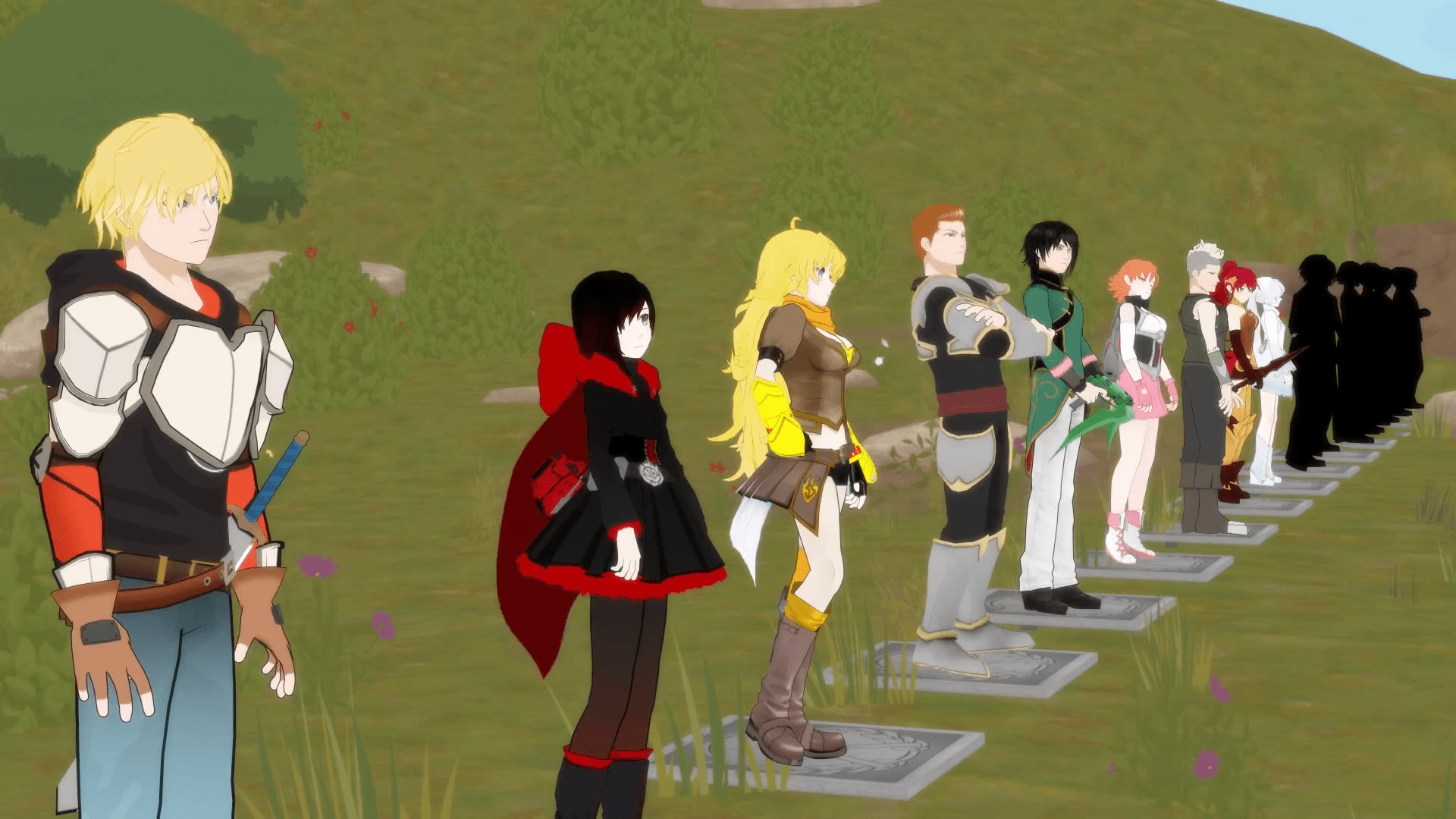 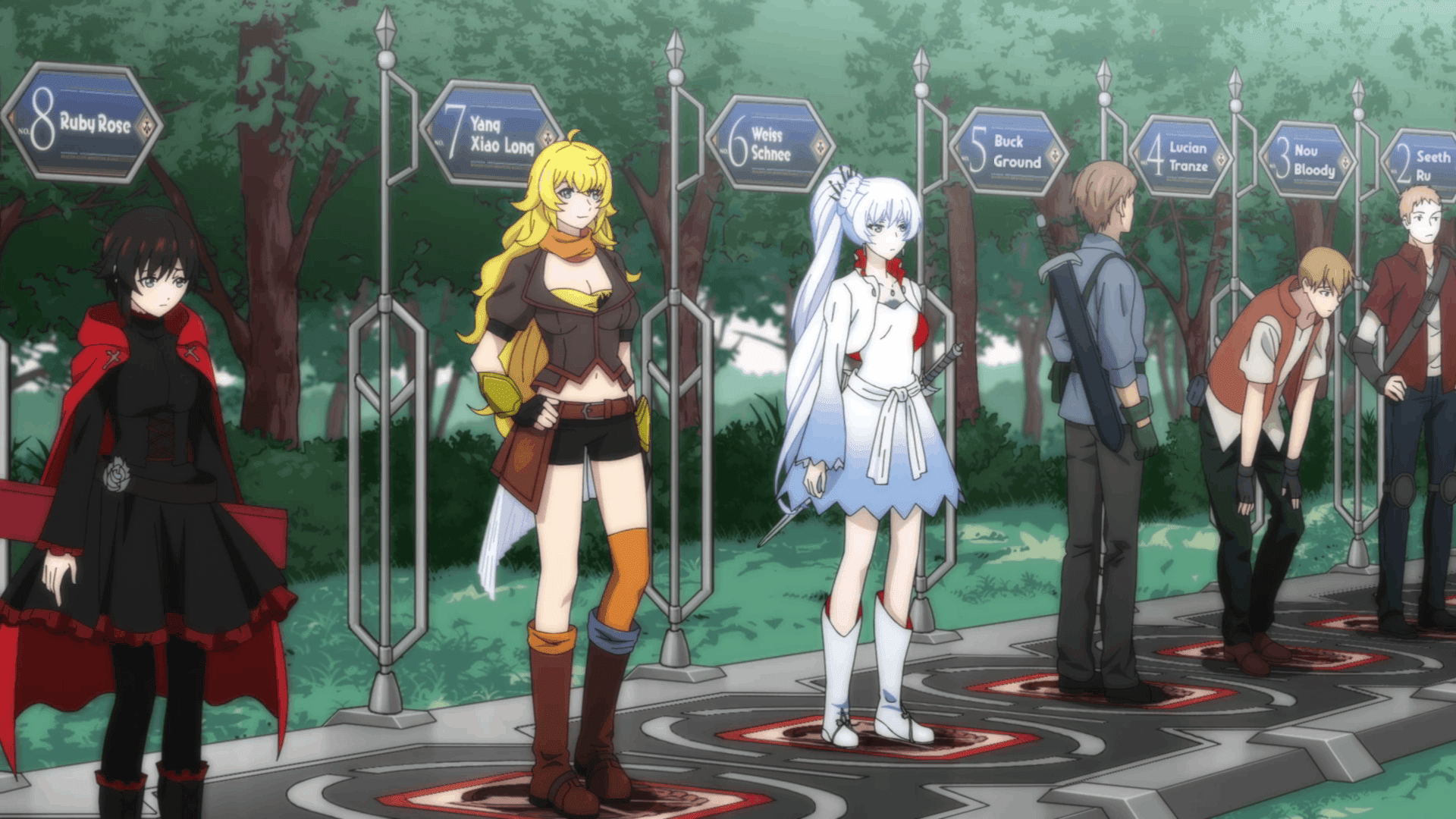 Since this error wasn’t fixed for many years, I think many full-fledged huntsmen and huntresses will want to review how they started their huntsmen journey in this recreated content or to relive the good old days before 3/4ths of the Academies were under attack by terrorists.

How do Huntsmen Make All Those Emblems?