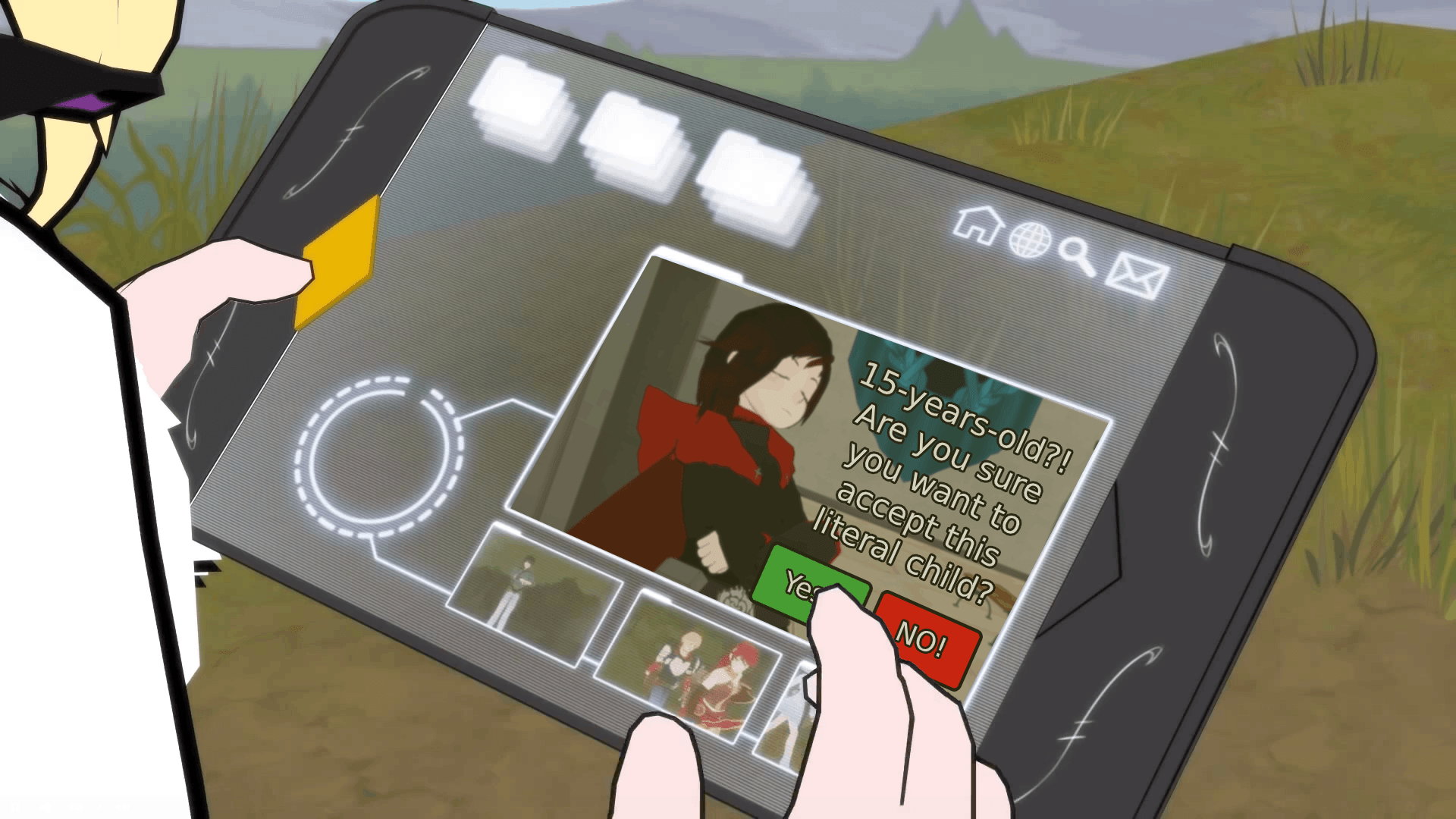 Yesterday, the Vale Shadow Council was put under fire during a scheduled AMAEMI (Ask Me Anything Except My Identity) conference call with their citizens, when a slip up by one of the councilors led to an investigation by keen listeners. The following is a transcript of the part in the call which many consider to be the spark to today’s events:

“<…> as mentioned, the Fall of Beacon affected all of us greatly. We lost a decent employee in Professor Ozpin and the children lost some of their friends. It was unpleasant to hear the wails and cries of Beacon’s students, one of whom was as young as 15. Sorry, you weren’t supposed to hear that. No further questions,” spoke Councilor ‘Enigma Mysterio’.

People immediately began posting to social media about how reckless the school administration was in allowing a 15-year-old enter a Huntsman Academy, a place reserved for young adults or close to that age (the regular admittance age being 17). Furthermore, since the Fall of Beacon happened right before the start of a new semester, it is extremely likely that when the child enrolled into the Academy intended for adults to be training to kill monsters, they were only 14 years old.

In an unprecedented event, the Vale Shadow Council issued a statement apologizing and correcting their mistake. “It was brought to our attention that one or more of the statements in the previous conference call were invalid. We want to apologize for our mistake and correct it – the girl crying about her dead friends was not 15-years-old, but rather 16. No further comments.”

The statement created even more aggressive discourse in the community that followed this event. This meant that the girl was admitted into Beacon at 15. Some state that not only is it morally wrong to admit a 15 year-old into an Academy practically created for adults, but past records show that there have even been instances of young students dying in the school. Unsurprisingly, Beacon has stopped provided such records altogether after the last incident of this nature. Additionally, evidence has surfaced that one of the students that was attending Beacon the year it fell was not even qualified to be there – a boy apparently named ‘Juan’ handed in falsified documents when enrolling – a fact that led to even more people to demand official Beacon student records. Did they actually let a 15-year-old into the Academy? Did another one of their students falsified official documents and attended – even when the administration of the school knew?

We talked to Beacon’s acting principal, beloved by lonely dads everywhere, Glynda Goodwitch, about this new controversy. “Is it really relevant what happened two years ago? The transcripts are long lost to the Grimm anyway. Sure, Professor Ozpin was a curious person and he may have taken some… liberties… when selecting students to the Academy, but we must still honor his wish. Oh, and I don’t have to remind you that these same students fought bravely to protect Beacon and Haven Academies when they were attacked. Can all students from the other Academies say the same?” We then showed Goodwitch pictures of several students from Beacon, and she confirmed that among them was indeed the then-15-year-old girl and the student with the falsified transcripts. She said: “I am proud of how they grew up, and if Professor Ozpin is watching over them – he would be proud too.” Goodwitch’s reaction quickly changed, however, when we told her that the pictures were mugshots from the Atlesian bounty board, as the children are now wanted fugitives. We were asked to end the interview there.