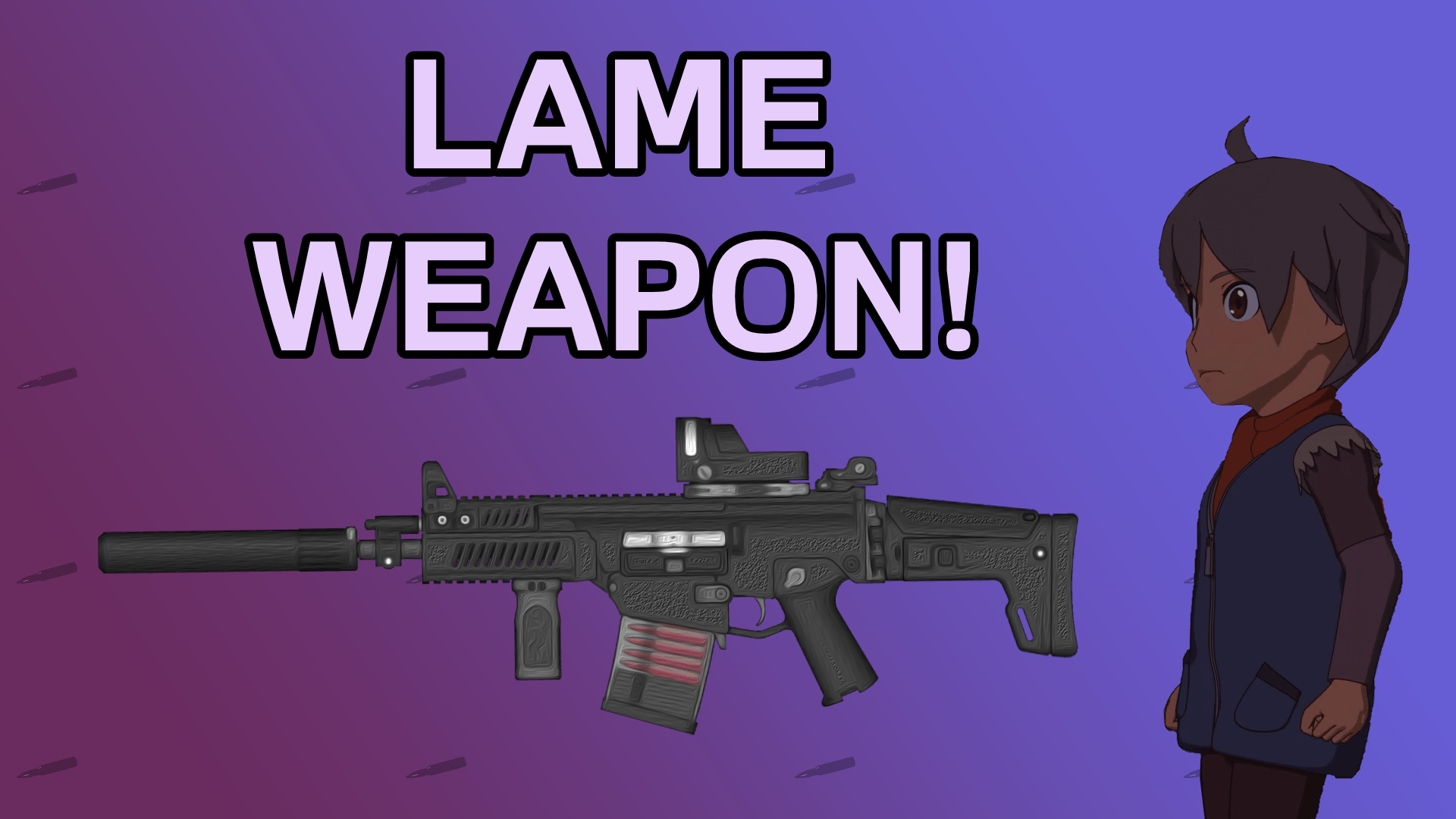 Signal Academy student, thirteen-year-old Phoenix Reed has become an object of ridicule for his classmates and family members, after he designed a lame weapon that can’t even transform.

“I made an assault-rifle with a tactical scope and two methods of firing. I’m so stupid!” Phoenix lamented, while kicking a nearby desk repeatedly. “All my friends made something cool, like a pair of knives that transform into revolvers or a kendo stick that can become a flamethrower… All I have made is this dumb gun that only changes firing modes…”

Sherry Rustes, the teacher of the walking failure, has explained the reason behind the blunder: “As you know, all students at Signal design their own weapons. I did my duty and made sure everyone in class knew that their weapon has to transform if they ever want to be cool huntsmen with merchandising deals. When Phoenix turned in his blueprints, I thought he’s keeping the transforming part a secret – something many kids do in order to surprise everyone. Unfortunately, that diminutive dunce thought that swapping between fully-automatic and burst-fire modes counts as ‘transforming.’ Pathetic.”

“I spent weeks designing a clip-feeding mechanism that can switch between two different ammo sizes and types with the flip of a switch, while I could have been designing something actually cool…” Phoenix Reed said, while cleaning away his tears. “Now my friends and teachers make fun of me and my dad won’t even talk to me.”

Most students in Signal Academy have designed way cooler weapons when compared to the past, a fact most attribute to the incredibly popular teacher Qrow Branwen and his amazing sword-scythe-shotgun weapon. Unfortunately, the teacher’s resignation in the school can now be felt as losers like Phoenix start making lame weapons.

Poor kid was soooo close. I mean, look at that Vasilias kid’s spear-gun-taser thingmabobber or Operative Amin’s boomerifle. If he’d just kludged some sort of polearm extension onto that mess I’d give him a gentlehuntsman’s C-.