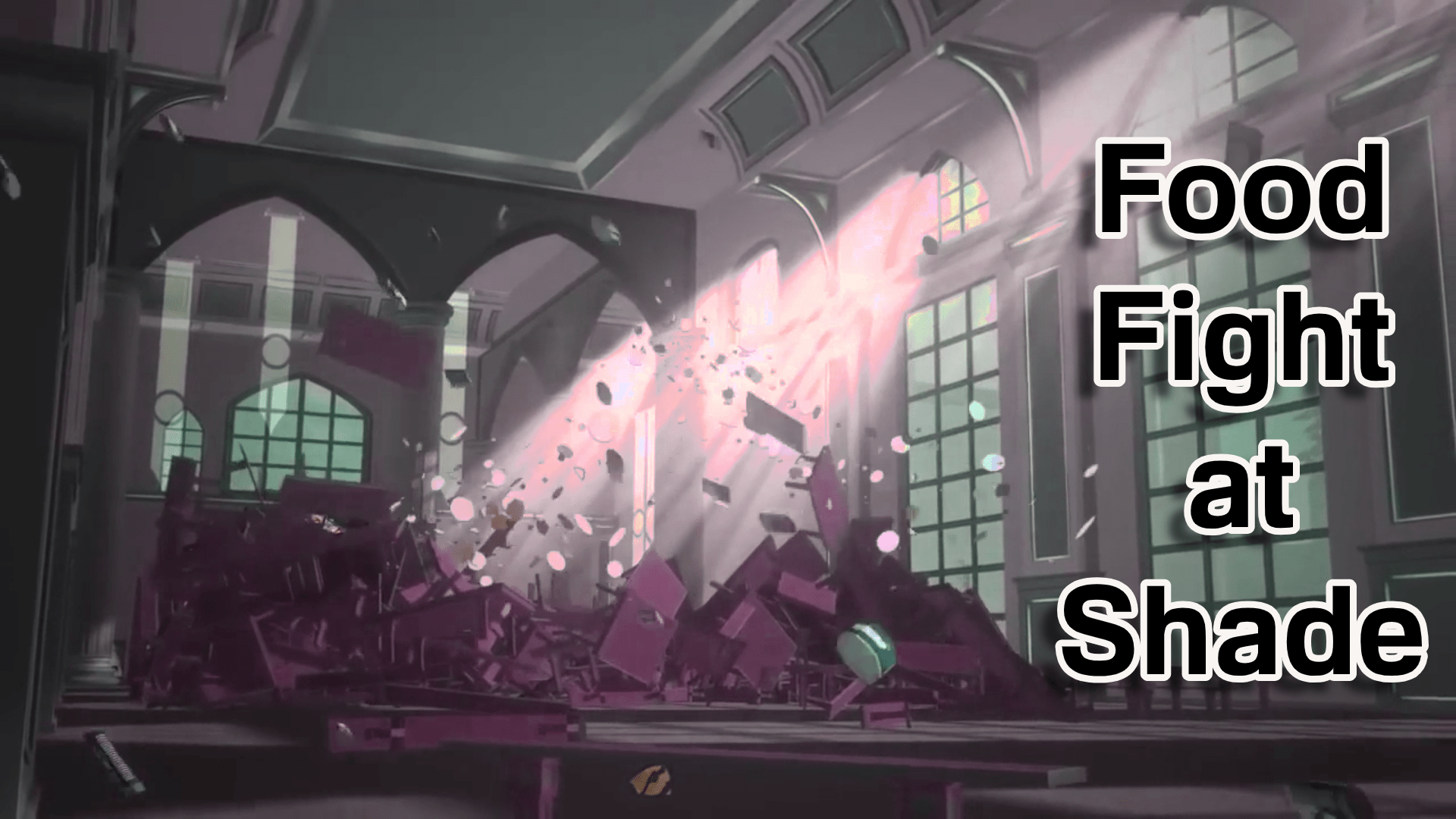 Four hospitalized and at least three more were hurt today in a food fight that turned into a spectacle of violence in Shade Academy. The incident occurred at 8:32 AM in Shade Academy’s cafeteria after a student Sun Wukong threw a strawberry-filled muffin at teammate Scarlet David. Unfortunately for Sun and the rest of the school, he had terrible aim, hitting Coco Adel, particularly known for her stunning fashion sense.

“It was as if time had stalled completely,” said Yatsuhashi Daichi, Coco’s teammate. “She stood perfectly still for over ten seconds, removed her sunglasses and wiped the filling from her face. Then she finally noticed what happened to her favorite beret…” Yatsuhashi shivered in terror when recalling what happened next.

“It all happened so fast… She flung a whole watermelon into Sun, but poor Neptune got the hit…” Shade Student Nolan Porfirio recalled, while sobbing in the arms of Arslan Altan, another Shade student. “He… he never saw it coming… At least he was spared from the rest of the fight…” As Nolan continued to sob, Arslan picked out pieces of pudding from his hair.

Another student present in the food fight, Fox Alistair seemed more jovial about the situation: “I hope I’m not the only one loving the fact that Neptune got hit with a watermelon! Fox proceeded to laugh for a good minute, incomprehensibly talking about the fear of melons. After somewhat composing himself he continued: “I didn’t really understand much at first apart from Coco getting real mad real quick. But after Coco knocked out Neptune, Sage threw a turkey leg back, hitting Velvet instead of Coco… That really agitated the big guy,” Fox said, pointing at his teammate Yatsuhashi. “He threw something back, hit Olivia, and that got the other teams involved…”

At around this point in the interviews, a bandaged up Sun Wukong walked into the cafeteria, to a unanimous chorus of boos. When asked, he further explained the happenings today: “Ya know, I only caught a glimpse of the legendary food fight in Vale, but it looked awesome so I figured it wouldn’t be too bad if we let loose a bit and had some fun. I, uh… forgot that Shade students are very competitive… And that they carry their weapons with themselves at all times. Once we ran out of food we resorted to… well…” Sun shrugged with a worried expression.

Shade’s headmaster Theodore didn’t seem to be too bothered by the today’s incident in the cafeteria. “Well, they did some sparring and some of them got hurt. Not that big of a deal here in Shade. If you get hurt after fighting several rounds with real weapons, maybe you aren’t really cut out to be here.” Theodore then tackled a passing-by student from behind, performed a kip-up and started explaining to their victim the dangers of not paying attention in the battlefield.

Professor Rumpole then asked to direct all media questions to herself. She explained: “It is a real shame what happened to the students, but I hope the participants learned the dangers of playing with their food. Well, the willing participants, at least. We’re also looking at some heavy structural damage done to the building, not to mention the destroyed furniture. Of course, someone with a telekinetic semblance could fix everything up in less than a minute, but we don’t have anyone as useful as that. Oh, perhaps we could import Glynda Goodwitch for a day?” Professor Rumpole then excused herself from the interview, leaving to help the students drag out another injured victim from the mountain of tables and soda cans.