Angsty Teens Can’t Get Over the Fall of Beacon 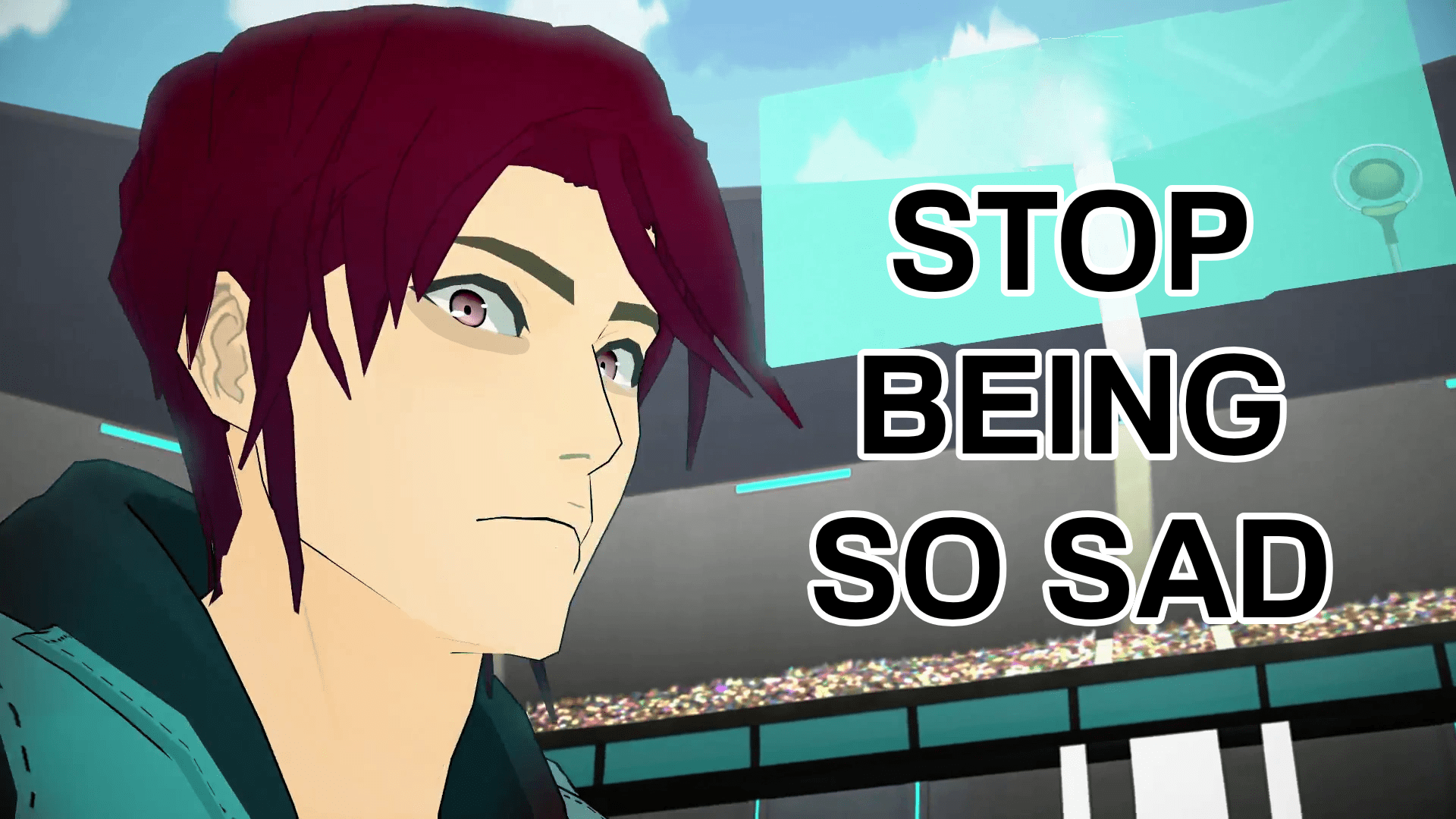 Some survivors of the Fall of Beacon have organized a group in Shade Academy called the Beacon Brigade, which meets up twice a week in a “safe space environment, where survivors can speak their mind without prejudice.” Whatever that means.

The Fall of Beacon was a great tragedy, where White Fang terrorists organized a wide-spread attack during the last Vytal Festival, which also involved one of the biggest Grimm attacks in recorded history and malfunctioning Atlas robots firing upon civilians. And that was a year ago. Time to get over that.

Former Beacon Academy student and a massive crybaby Velvet Scarlatina had this to say: “We created the Beacon Brigade not only to have a supportive group of people who survived the same tragedies, but also to show Shade Academy that we are strong enough to overcome them, especially when we’re together. I am proud to belong in such a persevering group that I can call family.”

Another Beacon survivor and basically a sad walking raisin with bags under his eyes Nolan Porfirio explained his point of view: “Everyone in the Beacon Brigade has lost something important… It could be their school, their home or…” Nolan then removed his tacky pink sunglasses and wiped his baby tears, before continuing: “…or their teammates and friends. I still think about them today. But I won’t let this tragedy define me. My friends would have wanted me to stay strong. They would have wanted me to graduate Shade and honor their memory in my own way.”

For some students, Beacon isn’t the only time their Academy was attacked. Just this year, Haven academy was also attacked by the White Fang, however, they were much better prepared to defend their home, even enlisting the help of Menagerie’s civilians. One of the students who participated in both attacks on Academies is local rapscallion and terrible team leader Sun Wukong. He had a different and much better perspective on the Beacon Brigade:

“I get where they’re coming from, alright? But that isn’t a good way to honor Beacon’s memory, it’s just making them look weak in front of Vacuan students. And if they’re constantly reliving, um… what happened there, it’ll just make them feel worse, you know? Wait, am I on TV?”

Shade’s Headmaster Theodore refused to comment, stating that he only gives interviews to those that beat him in a hand-to-hand fight, before running off and tackling a passing-by student.

The opinions stated in this editorial column do not reflect the values of vytal_news and it’s staff.

The post was edited to correct that Velvet Scarlatina has not been a Haven academy student.

Since bitter experience has taught me to do the polar opposite of whatever this reporter or that Wukong clod recommend, it’s time to see if this Brigade takes Mantle refugees. Y’know, assuming we have enough sandstorm survivors to human-ladder it over the academy gates.