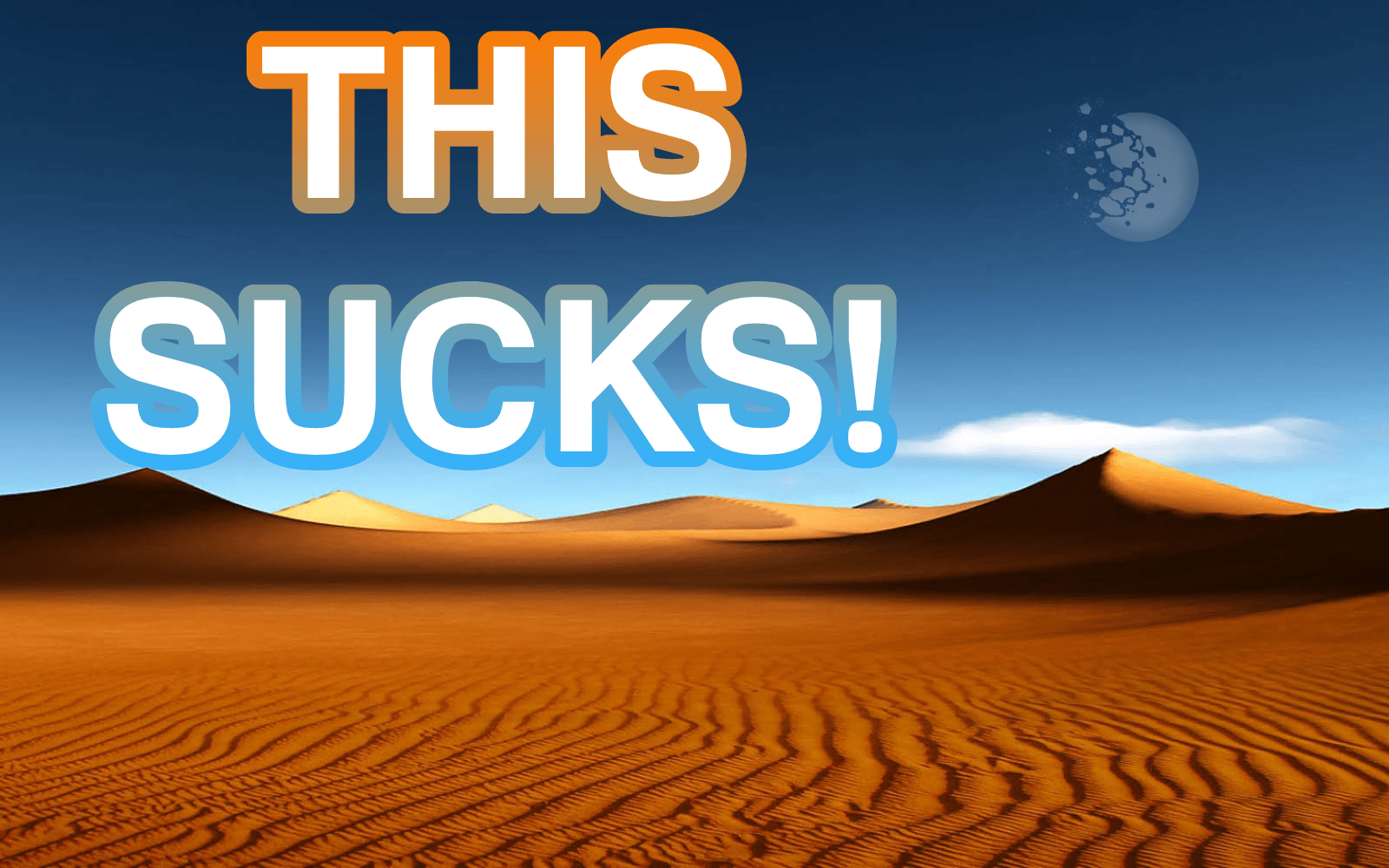 “Come visit us in Vacuo! We have an amazing academy, exotic cuisine, cheerful locals and the newest illegal underground fight club!” They forgot to mention the sweltering Sun, the sand that gets everywhere and the minor detail of a conspiracy to overthrow the government and turn Vacuo into an actual monarchy.

I stayed in Vacuo for over two weeks for my holiday and the entire time I haven’t felt like I was in a vacation. To the contrary I was more like a prisoner to the elements. Can’t wear too much clothing, it’s going to get damp with your sweat and stick to you. Can’t go with too little clothing – you might get sunburn. Not wearing cheap disposable sandals? Have fun picking out grains of sand from your boots for two hours. Don’t get me started on hundreds of species of deadly wildlife, as well as dangerous varieties of Grimm. I think I also saw a massive turtle in the horizon, but it might have been just me hallucinating from dehydration.

I swear, I don’t understand why people just don’t move in to somewhere better? Somewhere that’s not as closed off as Atlas, less racist than Mistral, more lively than Vale… On second thought, there are a few reasons why people would stay. If they had the choice!

While the first half of my “holiday trip to Vacuo” was spent cursing the Sun and my foresight to bring my sneakers, I at least saw the architecturally-astonishing Shade academy and live the famous nightlife of Vacuo. Or I was about to. Instead, the first night that I went to visit the famous illegal underground fight club (thanks, Bianca), I got pushed into a cagematch without any weapons, got my butt kicked by a chick with a weapon and then spent the rest of my trip comatose in a bed, having my aura drained by someone calling themselves “the Crown.” There were dozens of likeminded people, who were also having their aura drained. Unfortunately, I did not get to know them very well, as we all were unconscious and barely alive most of the time there.

After I got rescued a week later, I decided to go see the famous Shade Academy up close before I passed out from malnourishment. Not only I didn’t get to see much, apparently there was a civil uprising or something and “the Crown”, who tried to overthrow the government, managed to do serious damage in the academy grounds. The students there even tried to rope me into some sort of repair effort, but I managed to slip out and catch my airship back in time.

This is the last time I voluntarily visit Vacuo for a vacation this year. It pains me to do it, but I have to rate the Kingdom of Vacuo a 2.5 stars.