Man Bothered That His Date Was Interrupted By Serial Killer 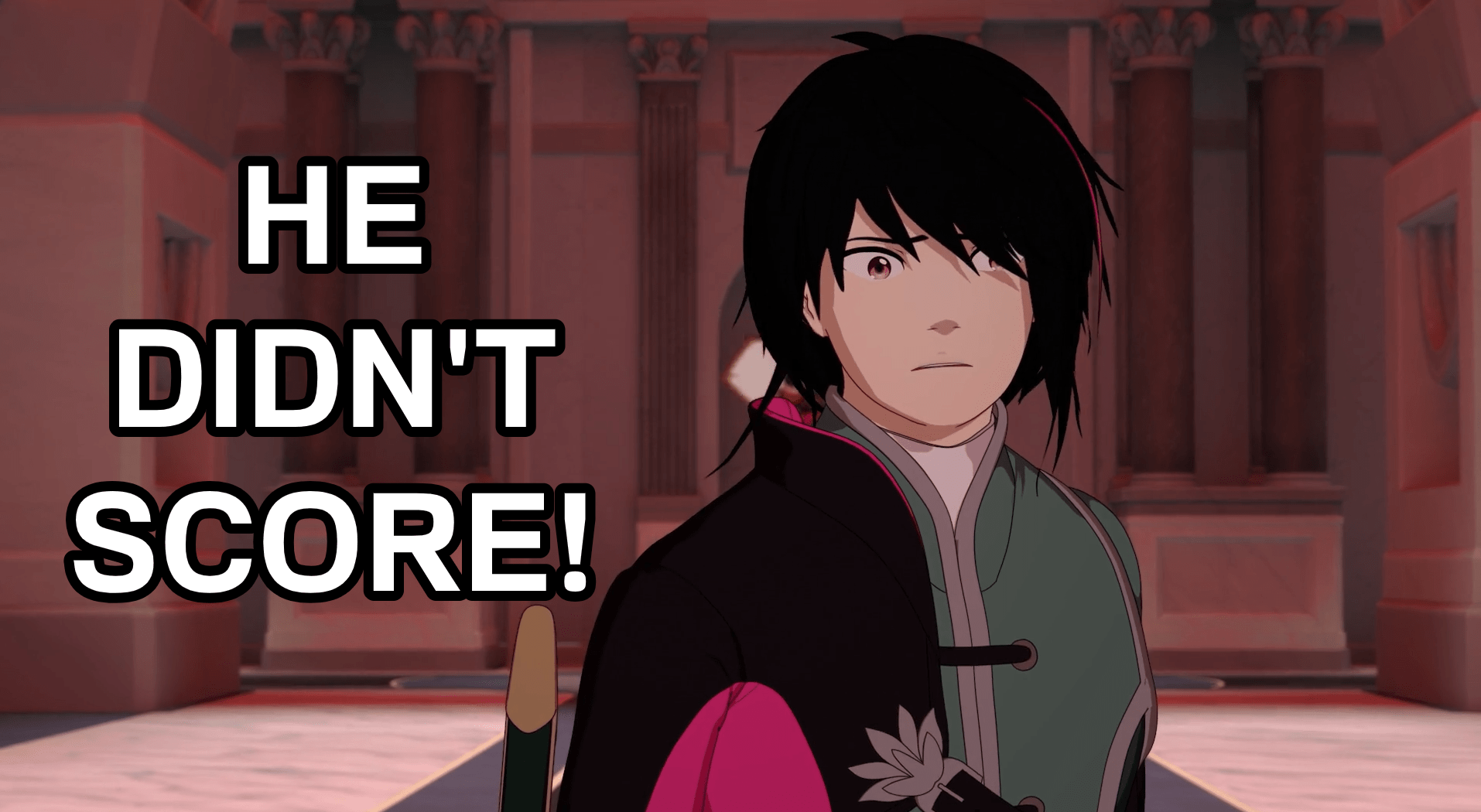 Local huntsman Lie Ren showed mild frustration at the fact that a date with his girlfriend was interrupted by a wanted serial killer murdering several people. The event, which was a supposed to be Robyn Hill’s, runner in the Atlesian Council seat election, victory party, was quite a disappointment, as not only Robyn Hill lost, but also many people terribly died.

“We went to the victory party together just to celebrate, but it quickly devolved into an argument. I don’t believe I fully support Robyn’s ideals, but before I could explain my point of view, my friend kissed me and I suppose that means it’s a date,” Lie Ren told our reporter. “It was good, but then the lights went out and once we could see again, we were surrounded by bodies. Very unfortunate.”

Mantle police is still investigating the tragedy that occurred at Robyn Hill’s victory party, and are currently investigating the sightings of the prime suspect in this case, an escaped convict and infamous serial killer Tyrian Callows.

When asked how long has he been dating his girlfriend, Lie Ren calmly responded by saying: “We’ve known each other for about fifteen years now. It was our first date.”