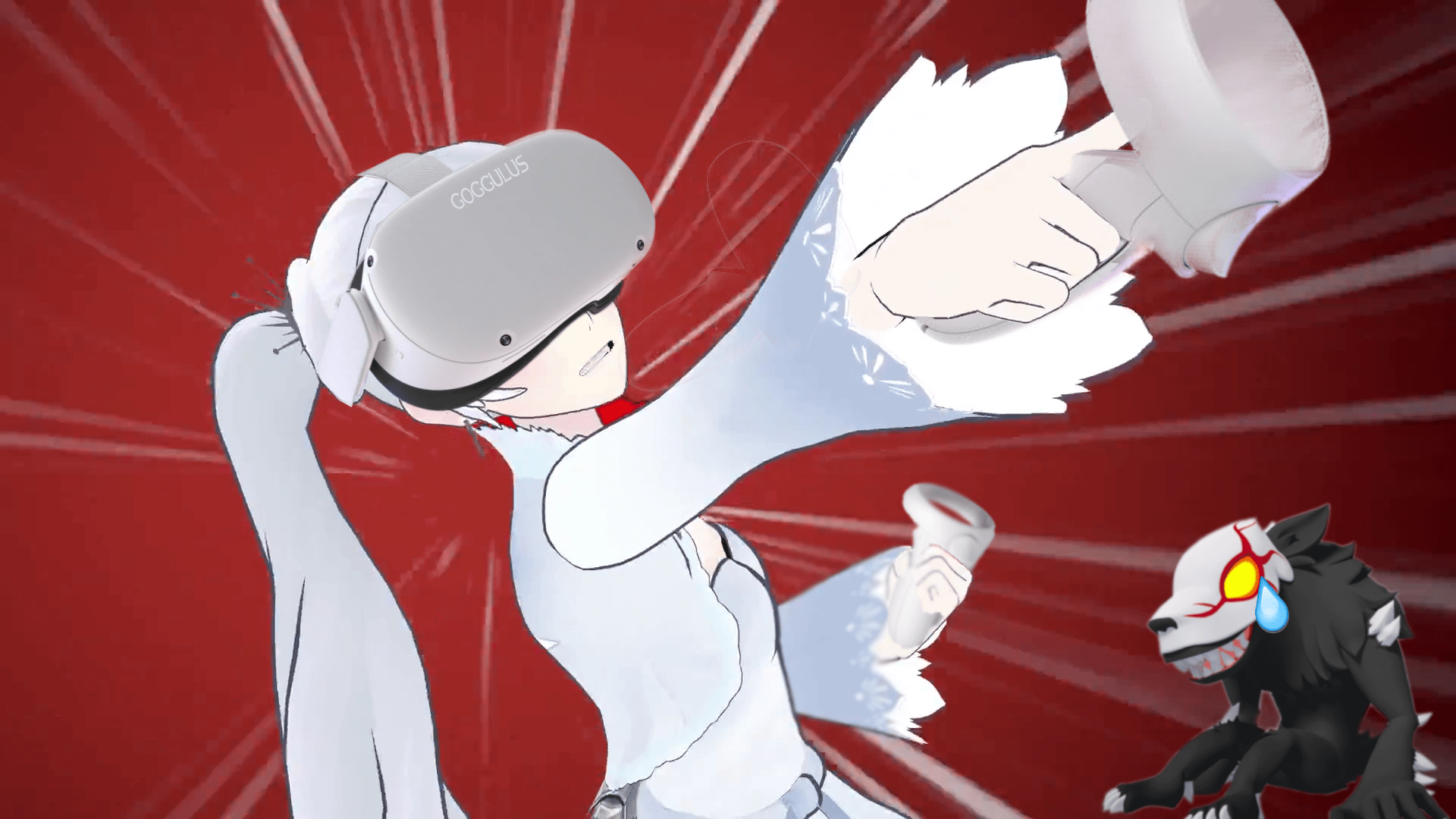 Jungle next to Kuo Kuana, Menagerie.

A new VR Goggles release by the company Goggulus has shaken the world of the tech-savvy enthusiasts. The newest virtual reality product, Goggulus Adventure aims to transport users into a new, better reality, with only a slight chance of them getting stuck there. Featuring wireless capabilities and mandatory Scrollshare integration, these goggles already have attracted quite a lot of attention.

The new goggles went up on sale and quickly found success in all of Remnant, but especially in Menagerie. Goggulus Adventure’s wireless capabilities are appreciated in the jungle, where occupying a dust outlet would be inconvenient. Also, the VR goggles require a lot of space to function properly, which Menagerie has an abundance of. Still, even among the faunus of the tropical continent, some are showing their disapproval at the new technology.

One of the people who weren’t impressed by the Goggulus Adventure is a young man named Mata. “I don’t understand, why would I stay at home fighting virtual Grimm when I could be killing real ones that are threatening to attack us from the jungle? After the whole Battle of Haven thing, people are more than eager to help, but the Grimm are that much more active as well. I can’t just stay here doing nothing!” When asked if he has found flaws in the VR goggles themselves, Mata shrugged: “It’s decent technology, I suppose. I just wish the strap wasn’t so bad – I keep getting the thing stuck in my horns.”

Mata’s mother Coral was of a different mind about the headset. “I think it’s great, especially for kids like Mata! All they think about is killing monsters and catching cultists! With this thing on, he can kill all the monsters he wants, without risking so much. Even the box says so: ‘70% less likelihood of serious injury or death when compared to killing real Grimm.’ Those odds are way better than in the jungle.”

Although the VR goggles are close to selling out, there’s been more criticism thrown at the developers Goggulus, especially after they’ve been sold to the social media giant ScrollShare. The new Adventure requires users to log in with their ScrollShare account, which has proven troublesome for several customers. One former user, NoMilkAndCereal has shown that he was banned minutes after creating a new Scrollshare account, rendering his device useless. Contacting Scrollshare has proven useless, as the Atlesian company stopped responding to all queries two days ago, with some citing ‘a giant dark cloud’ as a reason for the blackout. In a post NoMilkAndCereal lamented: “I payed 40,000 Lien for a pair of new VR goggles and I still haven’t killed a single virtual Beowulf. Because I’m banned, it’s now as good as a paperweight. I suppose I can use it as a melee weapon against an actual Grimm.”