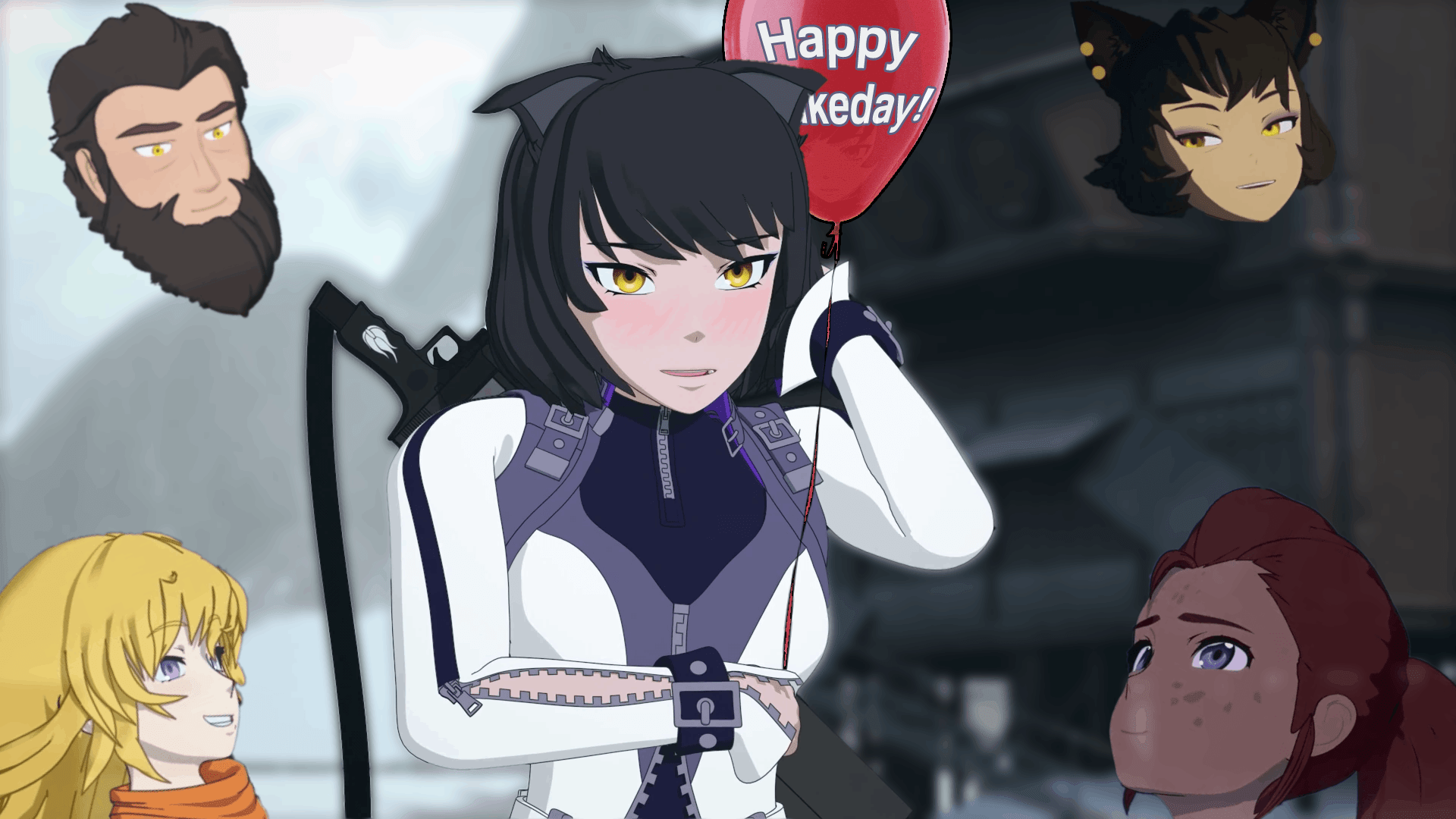 Great Chieftain of Menagerie, beloved husband and an okay dad Ghira Belladonna publicly announced today that he wishes his daughter Blake a happy birthday. Even though he has no clue where she is or what crimes she might be committing.

Ghira started this morning by gathering as many citizens of Kuo Kuana as possible, including local (and in our case, not so local) press. When over two hundred people arrived to the announcement, most were a little annoyed to see the chieftain using his platform as the leader of an entire continent to wish his daughter Blake Belladonna a happy birthday.

“I thank you all for coming together for this very special day. You see, today is young Blake’s birthday! My daughter is a brave young lady, who took down criminals, participated in the Vytal festival, fought bravely in the Fall of Beacon and even unearthed a terrifying plot by our brothers and sisters in the White Fang! Our entire family is celebrating today, so I hope you too keep her in your thoughts today. That is all for today’s announcement.”

Unfortunately for Ghira Belladonna, the media does not like to arrive to press conferences just to leave empty-handed. Almost immediately journalists began asking questions. The chieftain, seemingly out of politeness, began answering them while looking only moderately stressed.

“How old is your daughter now, chieftain?”

Although Ghira was looking at his wife Kali for confirmation, she did not provide any support as she was busy burying her palm into her face. Another brave reporter stepped in with a touchy remark:

“It’s been reported by sources from Atlas [Editor’s note: that’s us!] that your daughter is currently a wanted fugitive there. Any comments?”

“She’s a WHAT?! Guards, take that journalist away! I will not tolerate such slander during a very special day like this!”

Suddenly the crowd began shouting and pointing to their scrolls as Ghira brought out his reading glasses, glanced over the overwhelming evidence in the crowd and finally relented, with a saddened, defeated look.

“I see… Well, there must be a mistake, maybe it was someone with a similar name or look. I mean, Blake would never break the law!” After a prolonged pause, the chieftain closed his eyes and took a deep, painful breath. “Oh.”

Considering the offending journalist was escorted by the guards and up until the publishing of this story still hasn’t been seen, all other members of the media decided to celebrate Blake’s birthday quietly and without any more questions. Curiously, one woman without a press lanyard raised her arm and in a melancholic tone asked:

“Do you believe Blake will ever come back…?”

“Of course! This isn’t the first or the fourth time young Blake has left her home and her family, and it certainly won’t be the last! Hm… That sounded wrong.”

Our sources have identified the sad, lonely-looking woman, who asked the question as Ilia Amitola, a former White Fang cultist and one of the many who had their hearts broken by Blake.

The staff at vytal_news wants to wish Blake Belladonna a wonderful birthday, unless it involves further escaping custody from General Ironwood, in which case we wish her a happy and painless detainment.