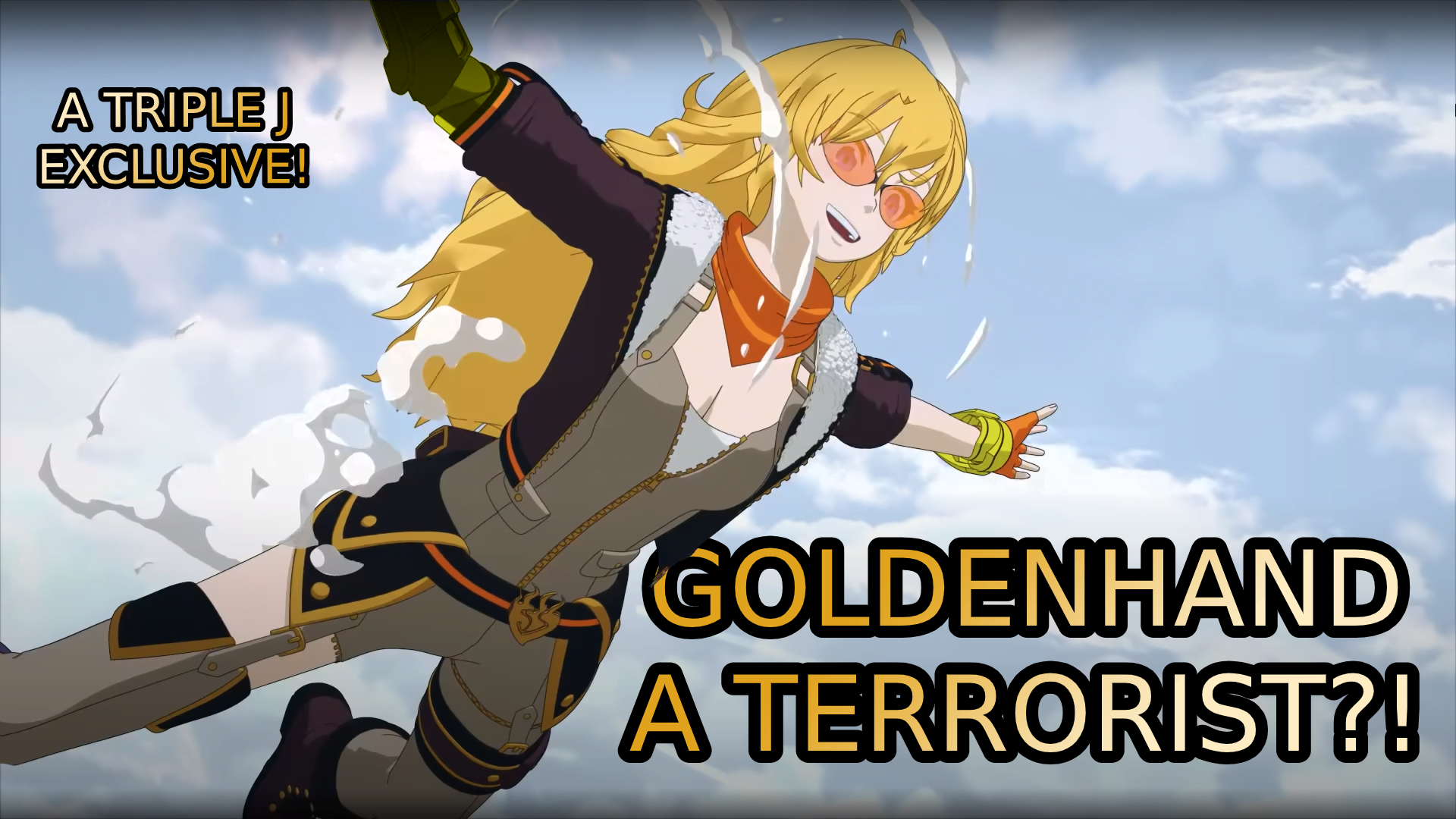 My good friends and readers of our site, I have some terrible revelations to share with you all. One of our readers going by the screen-name Kerrydyne. has shared the experiences they’ve had with the wanted criminal Yang Xiao Long. Thankfully, our reader was safe, as these experiences were all done through the popular video game DigiThug 3088. Some of you may have even known her without realizing it, as our reader reveals.

“I didn’t know her at all. The real her, I mean. Everyone knew about Janie Goldenhand, her persona in the game. Janie was one of the biggest players, had even used the game to start a band in it called the Ronin. Don’t know what that was supposed to mean, but people liked it. Everyone was singing ‘I Burn’ when they released it. But music wasn’t the only thing she was known for.”

“For sake of explanation, DigiThug 3088 is a game where you could do anything in that world of Dusk City. You could buy a really nice mansion on the coast if you had enough of the in game money. And if you didn’t have the money, you could steal it from banks in the city. Computer characters and players could try and stop you, but Janie, Janie was unstoppable. No one could beat Janie. And if you did manage to steal from her, she’d drop a nuke on you. It was intense and scary, but it was in the spirit of the game so no one cared too much.

“A few years ago we had gotten to talking, I said I was training to become a huntsman and she told me she was doing the same. Told me her name was Yang, and that she’d be going to Beacon. I was surprised she was telling me stuff about her, her real self, because that’s just not something you do in the game. I logged out and stopped thinking about it, but when that next Vytal tournament came around I saw her name, and her breaking that one guy’s leg. I didn’t think it could have been her, she seemed nice when you weren’t messing with her in the game. I told myself it must have been some other person named Yang, but recently when I logged back into the game and saw her [Janie’s] appearance, how she made herself look, I realized it really was her. In the game she had replaced her right arm with a golden robot arm, and it looked exactly like the one seen in Yang’s wanted images.”

And there you go folks. For years she’d been enacting this power fantasy in a game, stealing money and bombing people. And now, she’s a wanted criminal. I bet it all started when she was humiliated in the Vytal festival, and she decided she’d start acting like her game character because she felt powerful that way. I hear hacking is a big thing in the game, wouldn’t at all be surprised if she had gotten her sister, Ruby Rose, into hacking because of it. Watch out for people taking things to the extreme, it could just be the next major malcontent in the making.

This is Juniper J Johnson, warning you all to stay safe.