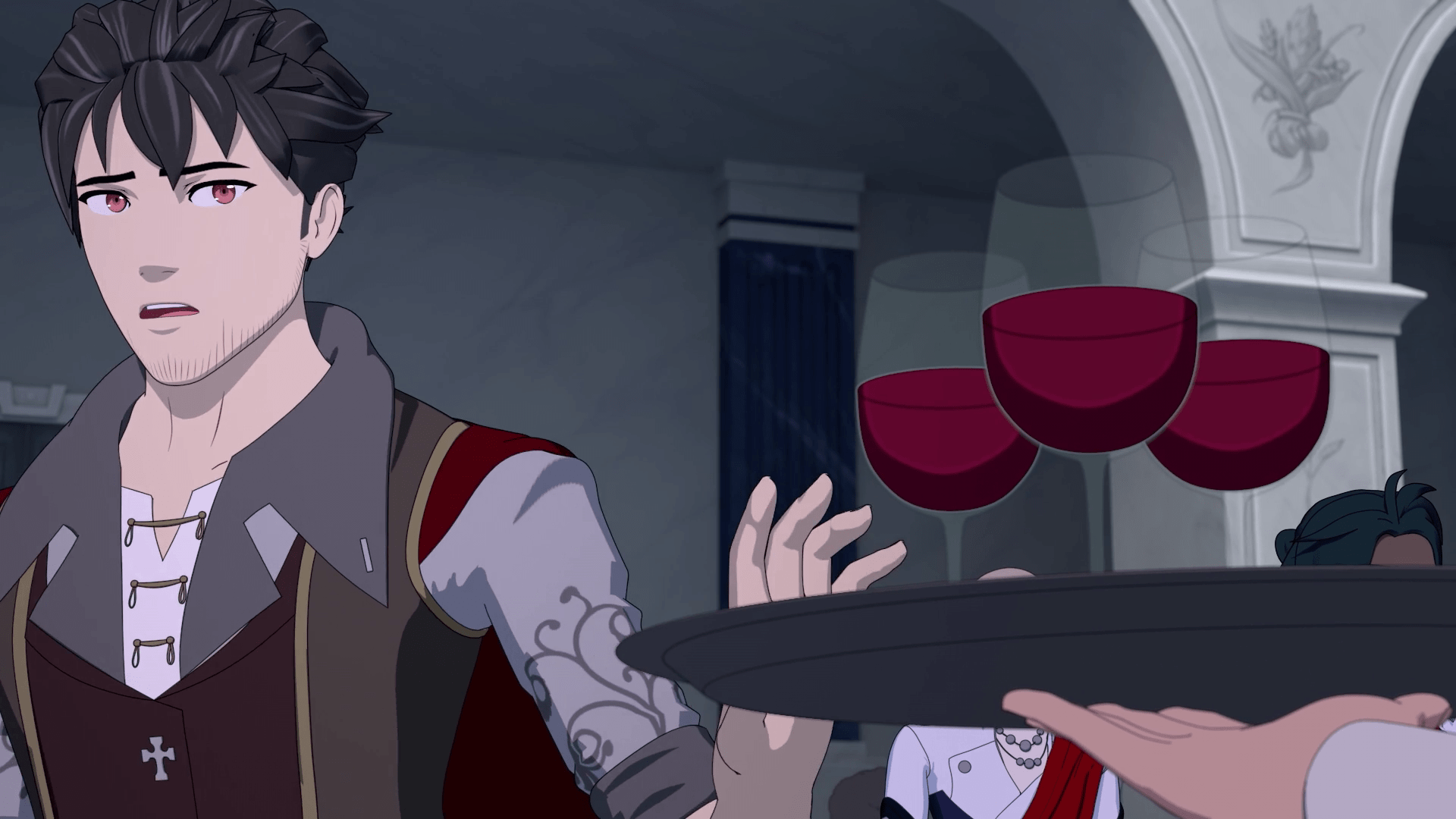 Tundra outside Mantle, Kingdom of Atlas.

Former alcoholic academy instructor and currently a depressed huntsman Q. Branwen somehow managed to completely ruin his life by murdering a friend, even after he beat his drinking addiction. Branwen is currently being detained by Atlas law enforcement. We spoke to officer Lineny on the scene about the circumstances of the huntsman’s arrest.

“Yep,” stated officer Lineny. “The guy’s got a beer gut, terrible smell and bloodshot eyes – all signs he drinks heavily. Well, maybe except the eyes, he hasn’t stopped crying since we found him here.” Officer Lineny sighed, took off his hat, scratched his receding hairline and continued: “Strange thing though – our breath analyzer showed flat zeroes. He’s more sober than a Vale baby, but he still managed to perform a typical drunk blunder – mortally stab a friend. And judging by how much he’s crying, musta been a real good friend. It’s pretty sad to ruin your life just when you stopped drinking. Was it worth it giving it up at this point?”

Atlesian police has prohibited us from speaking with the suspect, even though we could hear his wails from inside the aircraft. Still, we persisted and got the officers to answer our question about the circumstances of the arrest. Another member of local law enforcement on the scene, officer Silkin, tried her best in the interview:

“We got a code 1000 on the outskirts of Mantle, turns out it was a prisoner transport ship. The pilot unfortunately did not survive and the prisoner got evaporated in the crash. You’d be surprised how commonly that happens in plane accidents.” Officer Silkin tapped a few times on her scroll, scowled, then continued:

“Yea, well, it’s a pretty open and shut case. Perp gets drunk, uses his sword to stab a friend, then sobers up and feels bad about it. It’s his sword too, so there’s no need to check for prints. Honestly, I feel kinda bad about it – we didn’t even get to taze the perp, since he surrendered peacefully. Well, we could taze him, but I got in trouble for it the last time.” When asked if there were any witnesses or other people present at the scene, officer Silkin shrugged: “Apart from local celebrity and election loser Robyn Hill, nobody. She was unconscious from the crash during the stabbing. We did see someone running away real fast when we were approaching, but that’s probably just an innocent bystander who got scared away by the police aircraft. Classic innocent move, let me tell you that. I’d do that too if I saw a stabbing. I definitely wouldn’t want to go through the troubles of testifying and stuff.”

After officer Silkin’s interview, the law enforcement aircraft took off, only barely dodging the gargantuan dark cloud in the sky.