Faunus Girl Has Too Many Potential Partners 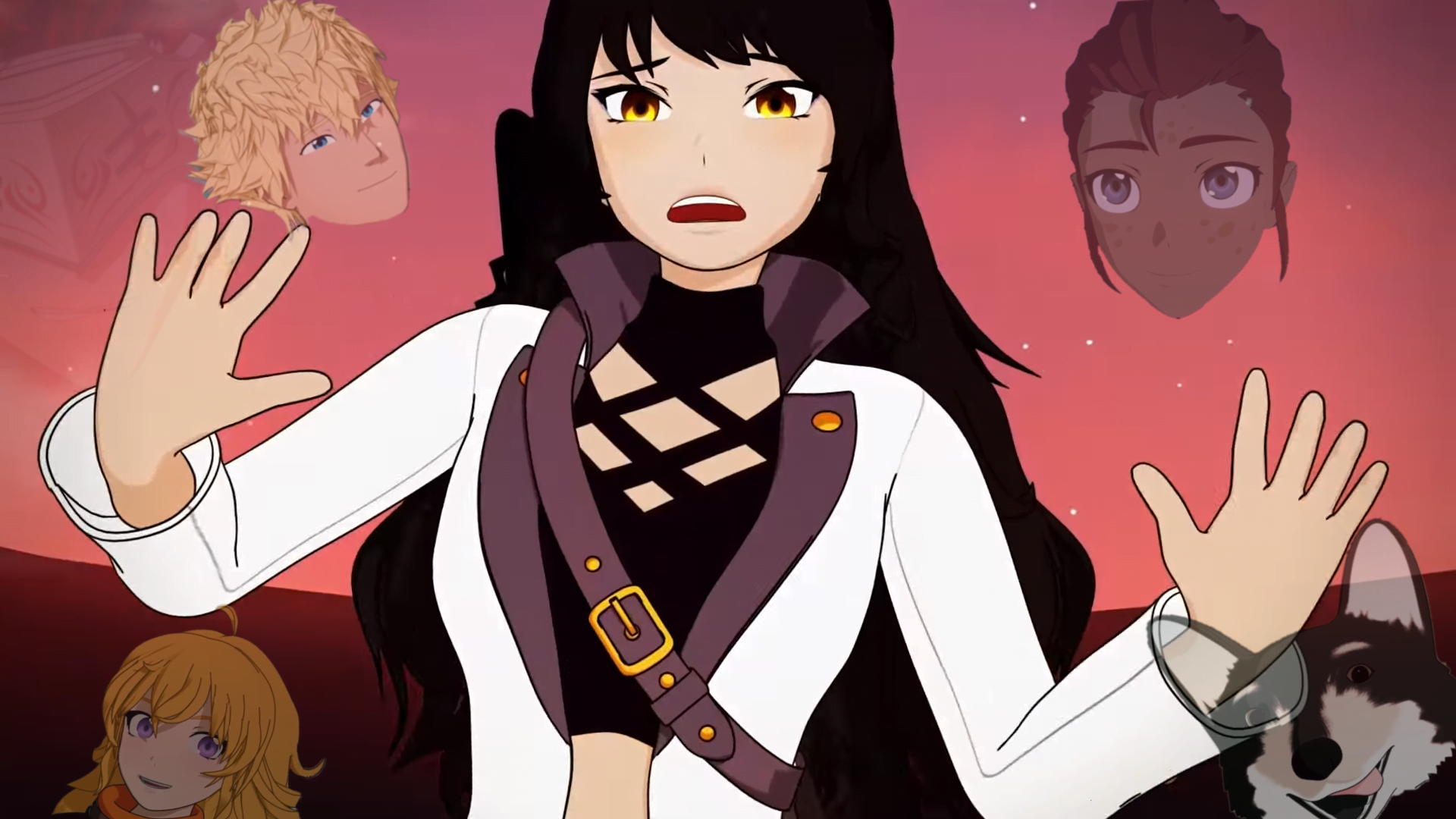 Although the viral sensation of the dancing video dubbed the “Belladonna Shuffle” was recently identified as the huntress Blake Belladonna, it seems she has had a following way before her sudden fame.

We’ve reached out to several people who have known Blake before her appearance in the video, including Ilia Amitola, an ex-cultist. “Blake? She’s here?! Oh, you mean the video… I must admit she looks a bit cute here. Oh, you’re recording?” While talking about Blake, Ilia’s cheeks blushed red, then purple and blue, as the chameleon Faunus was trying to cover up her feelings. “We… belonged in the same group when we were younger,” Ilia continued. “Although she always has had feelings for… an another person.” Ilia’s eyes, then skin turned red, always a good sign to stop an interview.

This Blake was the certainly the center of affection for more than one person, if Shade student Sun Wukong is to be believed. “Yeah, Blake and I go way back,” Sun said. “I followed her around for a few months, did a number to White Fang and such. No, I didn’t follow her in a creepy way, more in a friendly way. No, I mean, not that friendly. Like, friend following. Well, not friends, more of uh… Neptune! Tag in!” Sun Wukong then shoved his teammate into our reporter and ran away. Neptune proceeded to introduce himself to the reporter and miss all the hints she was giving him that she wasn’t interested.

Finally, we asked Blake’s close friend huntress Yang Xiao Long, also seen in the “Belladonna Shuffle” video, about Blake’s romantic interests. “Blake? Yeah, I have a feline she might be seeing someone right now,” Yang said smiling, to no reaction. “I can say we both dealt with her creepy ex-boyfriend, but to get anything more, you’d have to talk to her yourself,” Yang told us, no doubt meaning Sun Wukong. “You’re not gonna make me let the cat out of the bag”, Yang added, giggling.

Although we wanted to speak with Blake, particularly about the fresh rumors that she was involved with a White Fang member Adam Taurus, her entire team was called up for a special mission. We hope to bring you updated news about Blake Belladonna’s romantic life as the situation further unfolds.