Do Humans Prefer a Faunus Type?! 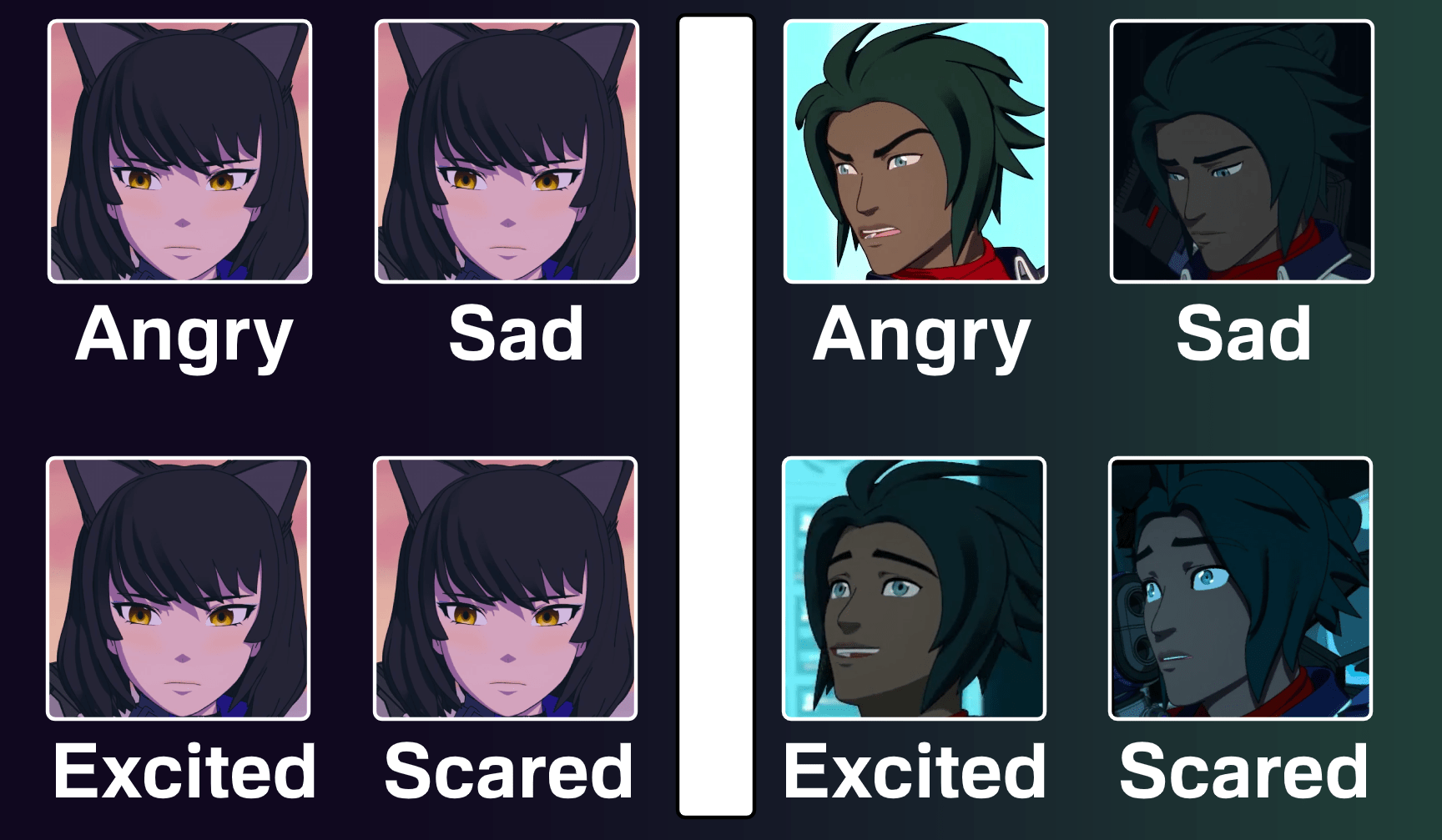 Hello, this is Ash from Shade Academy. I’ve been busy with studies so I was unable to write articles for a bit. Now that I am free for Undescript Winter Holiday break, I’ll pen a few articles while I have the time, though for some reason it has been hard to get in touch with the rest of the staff.

Today I wanted to talk about something my teammate pointed out. Bailey Lupis is a dog Faunus (or maybe a wolf due to ear shape, I’m afraid to ask!) and has shown a disdain for Faunus with cat traits. At first, we chalked it up as a cat vs. dog thing. Until one day, when a Fall of Beacon survivor (Nelson or Noah, can’t remember) was crying and re-watching clips from the tournament, Bailey expressed disgust for a pink cat Faunus gal. We asked Bailey what’s her deal and she explained that her dislike for cat Faunus was due to humans seemingly preferring them and treating them with consideration and affection, as opposed to how they treat every other Faunus. Apparently, some in the community even consider cat Faunus as “sellouts”!

“Either humans love cats that much or the cat Faunus have some parasite that attaches to human brains and makes the host like them so much,” said Bailey through her teeth, staring daggers into the scroll with Neon Katt on it.

Later on, I did some digging and turns out there is some truth to this – many notable Faunus that worked in high-ranking positions had cat traits. The late Haven Academy Headmaster Leonardo Lionheart, the current White Fang leader Ghira Belladonna, former White Fang leader Sienna Khan and so on. Even the Vytal tournament had mostly cat Faunus representing their schools. There had been non-cat Faunus in similar positions but they are few and far between – the most notable dog Faunus for example, is an Atlas Ace Operatives member Marrow, and he’s not even well-liked by his own team!

I decided to look up what people actually like about cats (the animal not the Faunus). Turns out – cats show little emotion, meaning that people can project their own feelings on to them like a canvas. That’s why we see so many cat videos on ScrollShare. My guess is this might be the case for some cat Faunus as well – humans project onto them the emotions they want to see, which in turn makes them more likable to humans. Not to mention, some just think cat ears are cute, which is very inconsiderate to everyone else. However, this is all just my speculation – I haven’t found any studies on the field.

For now, I hope this article will draw attention to this predicament, so people smarter than me could research it. At least looking into it seems to have calmed down our teammate, though she still sometimes barks at cat Faunus students or cats in general. Maybe it was just a cat vs. dog thing after all?

Blake ‘burns a wing of her parents’ administrative home then spins a speech off it’ Belladonna. Unexpressive. Riiiiight. XD

Seriously, I love this site’s commitment to straight-faced in-character parody.