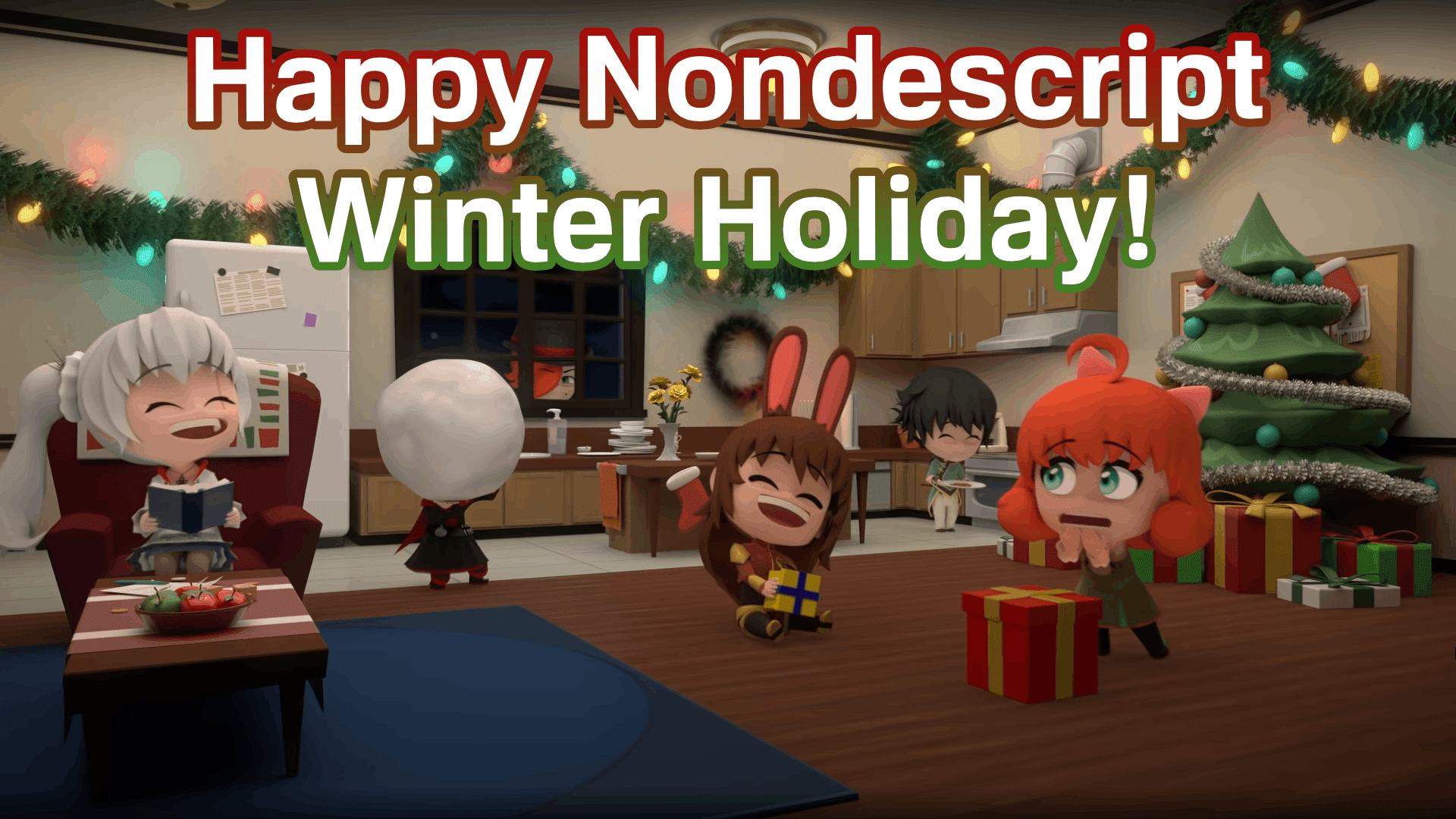 This week sees Remnant’s variety of cultures celebrate many different winter holidays, such as the Nondescript Winter Holiday, the arrival of Father Frost, the Freezing Mist, the winter solstice and the winter school break, among others. Although almost everyone celebrates these holidays in one way or another, few know the actual origins of these festivities – and the fascinating Faunus story that created them.

It’s no secret where these myths come from – Atlas loves the jolly bearded Father Frost (unfortunately General James Ironwood will not be playing the part this year as apparently the city is under the attack of a lady named Salem), Vale has the unimpressively named Nondescript Winter Holiday coming from its fascinating blend of cultures and people, Vacuo celebrates the winter solstice after their reverence of the Sun, while Mistral reveres the enigmatic Freezing Mist, which leaves gifts for nice children while making naughty ones disappear. However, historians and folklore experts make note that all of these festivities come from a single tale that is still told during this time in Menagerie – the tale of a fabled traveler named Chris.

Chris Mist was a green-clad lizard Faunus, who went from one corner of Remnant to another every year. Although Huntsmen Academies did not yet exist, he was very much like the perfect definition of a huntsman, albeit with slightly more anger issues. With his trusty white-as-snow birch cane, he travelled only when it was freezing outside – something quite unheard of for anyone, especially of his nature. Chris walked from village to village and protected it from any problem that he encountered – something villagers were most grateful for. Also notable was Chris’s skills with his trusty cane, as he was nigh-unbeatable by any man or Grimm.

Chris was helpful, but also somewhat irritable. He gave a taste of his cane not only to every Grimm, criminal, human or naughty child he encountered, but also anyone mildly unpleasant. Soon enough people learned that if they smiled and cheered with Chris Mist around, they usually wouldn’t get whipped by a cane, and thus the winter holiday cheer was born. Although some also attribute gift-giving to Chris Mist, he was not particularly generous or charitable himself. In fact, it were the villagers who rewarded him for his heroism and left him presents and food in their houses. Naturally, the people did not want to come out to meet Chris, as they might get caned, so they left their gifts as they went to sleep. Chris Mist particularly enjoyed strong alcoholic beverages and smoking, hence the tradition of leaving some whiskey and cigars during the winter holidays. After some time, however, it was changed to milk and cookies to better appeal to children. On the topic of children, Chris didn’t exactly leave presents for them. He believed that nice children would get the greatest gift of all – not getting whipped by his cane.

Still, it would be inappropriate to not at least mention the incredible accomplishments of this Faunus. Among the most popular tales of Chris’s heroisms was the story of how he saved a Faunus village after it got attacked by a passing-by human army. Chris managed to defeat dozens of soldiers all by himself and scare the rest away. Although unclear whether it was a semblance or his natural Faunus trait, he could only accomplish this feat with his ability to shoot hot blood out of his eye. That combined with frequent and brutal canings led to his green cloak being constantly stained by blood. In order to preserve a more family-friendly image of the holiday, it was soon changed to a red cloak and the blood was often omitted. Other holiday traditions, like red-and-white candy canes are also taken from the story of Chris Mist – the white birch cane got stained by blood just as fast as his cloak.

But how did an ill-tempered lizard Faunus with a bloody cloak and cane become a jolly bearded old man with a bag of dust? The simple answer? Marketing. The modern image of Father Frost was constructed by the Schnee Dust Company. Frost’s white hair and beard are reminiscent of the trademark Schnee hair color and the tradition to leave Rock Dust for naughty children was thought up to sell their massive surplus of the least popular Dust type. The other aspects of his appearance were also changed to improve the marketability and appeal of the character. It evidently worked, as every year Mantle and Atlas await the coming of Father Frost, while Dust is being bought out massively during this celebration.

When celebrating the Nondescript Winter Holiday or any other seasonal celebration, remember its Faunus origin and perhaps even leave a glass of alcohol and a cigar for the legendary Chris Mist. We here at vytal_news would like to thank all of our readers and commenters, and wish them all a pleasant holiday.