A Grimm Mammoth Just Stepped On My Favorite Tea Shop 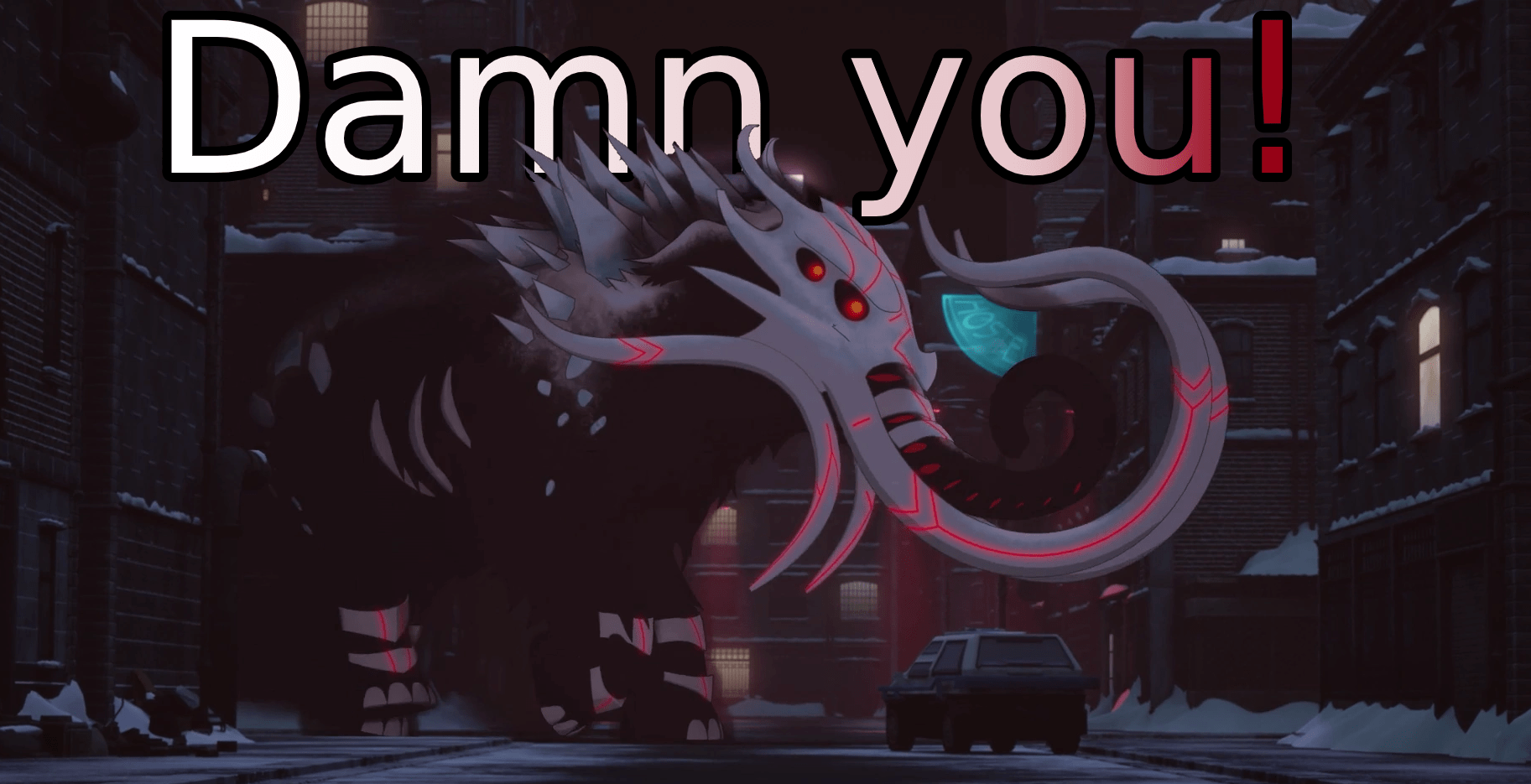 This is great. First, all combat-capable Atlas graduates are called up to defend Mantle from Grimm after a billionaire rigged an election. Then some terrorists turn off Mantle’s heating, making people panic more and invite even more Grimm. And now, as the berry on top of a hate-filled Strawberry Sunrise, a gigantic freakin’ mammoth just stepped on Harry’s Herbal Tea Shoppe. Damn it.

This situation needs explaining: the fact that all these incidents feel like a part of a greater conspiracy, with the only goal to incite as many people and get the insane number of Grimm to swarm the city. Maybe it was to provoke General James Ironwood to speak with his political opponent Robyn Hill about the Amity Tower and some lady who controls Grimm. Someone should definitely look into this. Not me. I’m mourning.

Harry Goldharvest was born into a modest farming life, in a small village outside of Mistral. Without ambitions of grandeur, Harry learned to become a farmer, keeping a modest garden for himself as a hobby. With enough work his garden grew, and his favorite thing to grow – plants for herbal tea – became a small star of his village, even gaining a slight reputation in Mistral. Eventually his little hobby grew enough to gain a constant supply of clients and each day saw Harry perfecting his gardening techniques. Since he wasn’t greedy or prone to jealousness, Harry taught anyone willing to learn, and eventually had people in the entire Anima attempting to grow their own herbal tea gardens.

Unfortunately, a kind heart isn’t enough to stop the Grimm. On a fateful day two large families had a heated conflict and the Grimm came, decimating the entire village. Harry only barely escaped with his life. After surviving such a traumatic event, the gardener decided to go to the safest place he knew – the city of Atlas. While he had saved up more than enough to go to the Kingdom and live comfortably, the surrounding politicking and conceited attitudes of the locals led Harry to move and live below – in Mantle. It was over a cup of tea, in a café in Mantle where he found his love and soon-to-be wife Salvia. Together, they decided to further pursue Harry’s passion for herbal tea, and spread the message to the world.

While it was incredibly difficult to grow the flowers and spices for the tea in Mantle, Harry managed by. However, his selection and stock were nowhere near enough to supply his own store, Harry’s Herbal Tea Shoppe. Luckily for him, Harry got in touch with some of his own students, who learned to grow their own herbal tea gardens from him, decades ago. Some of them had booming plantations and were more than happy to become suppliers for their former mentor. Thus Harry’s became the only place in the entire Mantle, where you could get authentic Mistral herbal tea, which I am so in love with.

How tragic, that Harry’s, a shop that came to be only because its owner survived a Grimm attack, would be destroyed by a thirty-feet tall Grimm mammoth who accidentally stepped on it. Worst of all, as I stood frozen in shock, I witnessed the robot Penny and some huntress effortlessly take that Grimm down in fifteen seconds. I couldn’t even get my revenge…