“We Told You So!” Doomsday Cult Cheers at the Coming of Salem 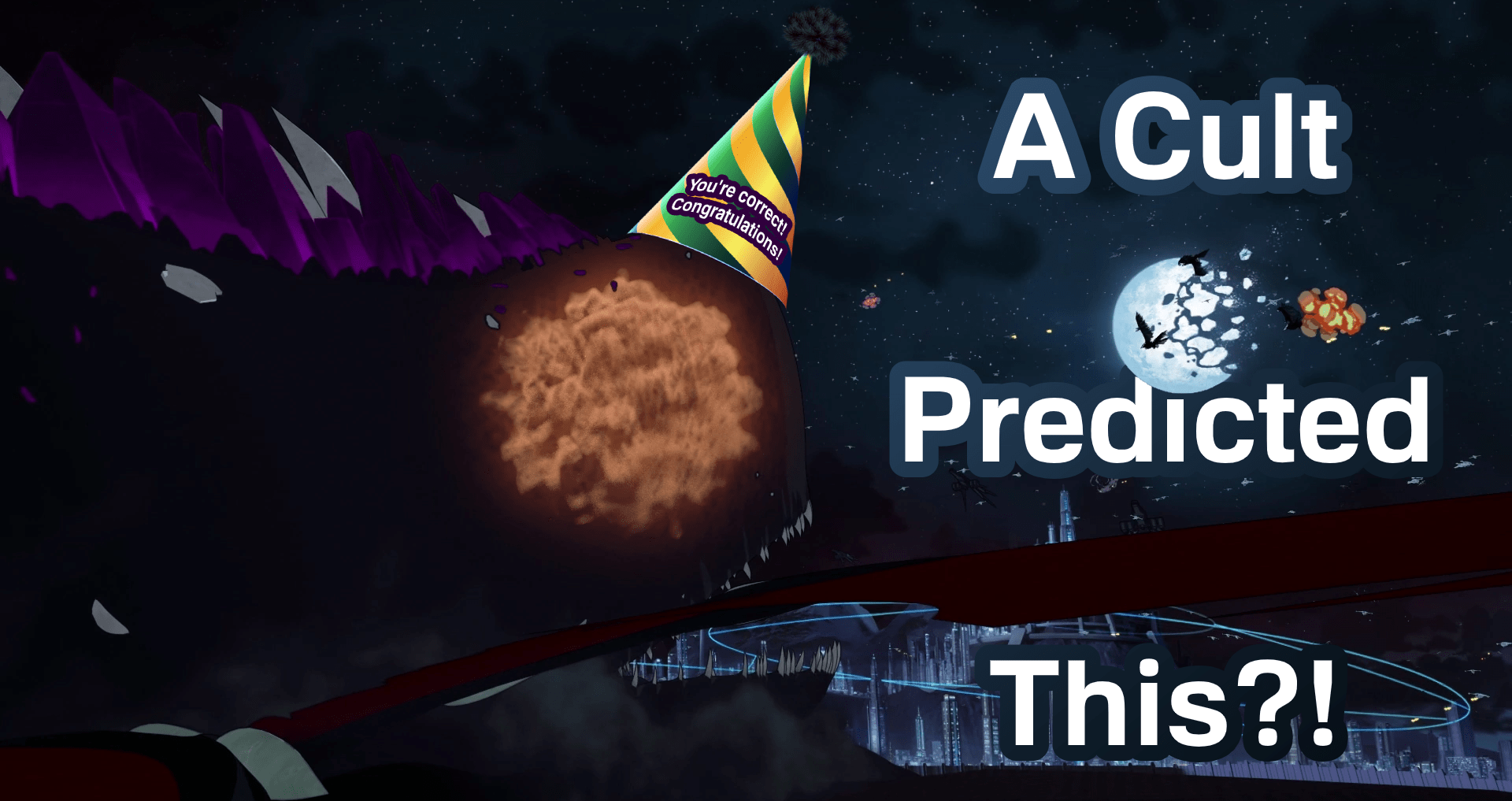 The Mistral-based doomsday cult Children of Convergence recently exploded in popularity, after declaring that “almost all of [their] predictions came true” after notorious hacker Ruby Rose and Atlas General James Ironwood revealed that all Grimm are being controlled by a single entity named Salem. We talked with the current cult leader Allen Timberwolf about his community and their activities.

After Allen met us in his mansion at the outskirts of the city of Mistral, we asked him several questions about the group he leads, starting from the name. “Ah, the Children of Convergence name symbolizes the core thought of the community – that we are all born of the Twin Gods yet we shall be delivered from existence by the one that has converged in their power – someone who has the power of both the Brother of Destruction and the Brother of Creation. Just don’t call our group by the acronym, please.” After receiving organic herbal tea from one of his maidservants, Allen Timberwolf continued: “And as someone who can create Grimm, that are creatures of destruction, Salem has proven to be that person. We are overjoyed that the predictions in our sacred texts have been correct.”

We then asked our host about the origins of the Children of Convergence. “Like most intentional communities, we were founded by our Exalted Leader Smoke in Menagerie. After two incorrect doomsday predictions due to leyline interference, our leader had to relocate to Mistral, where he uncovered the sacred texts. There our community grew until another untrue prediction came to pass, this time due to police interference. Our founder was silenced for speaking the truth, yet they called him insane! But now we see that all this time our beliefs were correct! No wonder we are the oldest surviving intentional community in Remnant… Considering the rest…” Allen then mimicked drinking from a cup, chocking and dying. “…Went out on their own terms. Not to mention our community is also the biggest, as we were the first to open our door to all believers, human and Faunus alike! See? We’re progressive and accurate!”

The founder of the cult is an infamous underground figure by the name of Lee “Big-Teeth” Smoke, who three years ago was arrested by Mistral police for stealing and illegally reselling Dust. During the arrest, Lee Smoke snorted some Dust and proceeded to bite the arresting officers. Smoke was charged with larceny, unlawful possession, resisting arrest and attempted cannibalism, and is currently serving an eight year sentence. The sacred texts of the Children of Convergence were apparently written by Smoke himself, as they include his signature barely-legible handwriting and spelling mistakes.

Allen Timberwolf then continued, after fixing his crown made entirely out of fish bones. “Everyone kept talking how stupid we were, but what do you know – we were completely right! We told you so! Sure, the sacred texts refer that the entity will arrive on a giant Grimm octopus and not a whale, but the pictures we have from Mantle are a bit blurry, it could be an octopus that’s just hiding his tentacles. Oh, her name’s not Sam, but Salem, however that’s because she prefers to use her full name and not the shorter version. Who cares, we’re correct! Any other differences like the destination being Atlas and not Mistral can be simply attributed to poor translation, as our scholars to this day try to understand the ancient writings.”

Finally we asked the leader of Children of Convergence if he’d feel bad just a little bit if Salem actually ended Remnant. “Oh, it will be awful, all those countless lives lost – including our loved ones and ourselves! It is a terrible tragedy indeed!” Naturally, we were curious why they celebrate Salem’s arrival so much in that case. “It’s got to be a relatable feeling for everyone. It just feels so good to be proven right, after so many people said you were wrong!”