How do Huntsmen Make All Those Emblems? 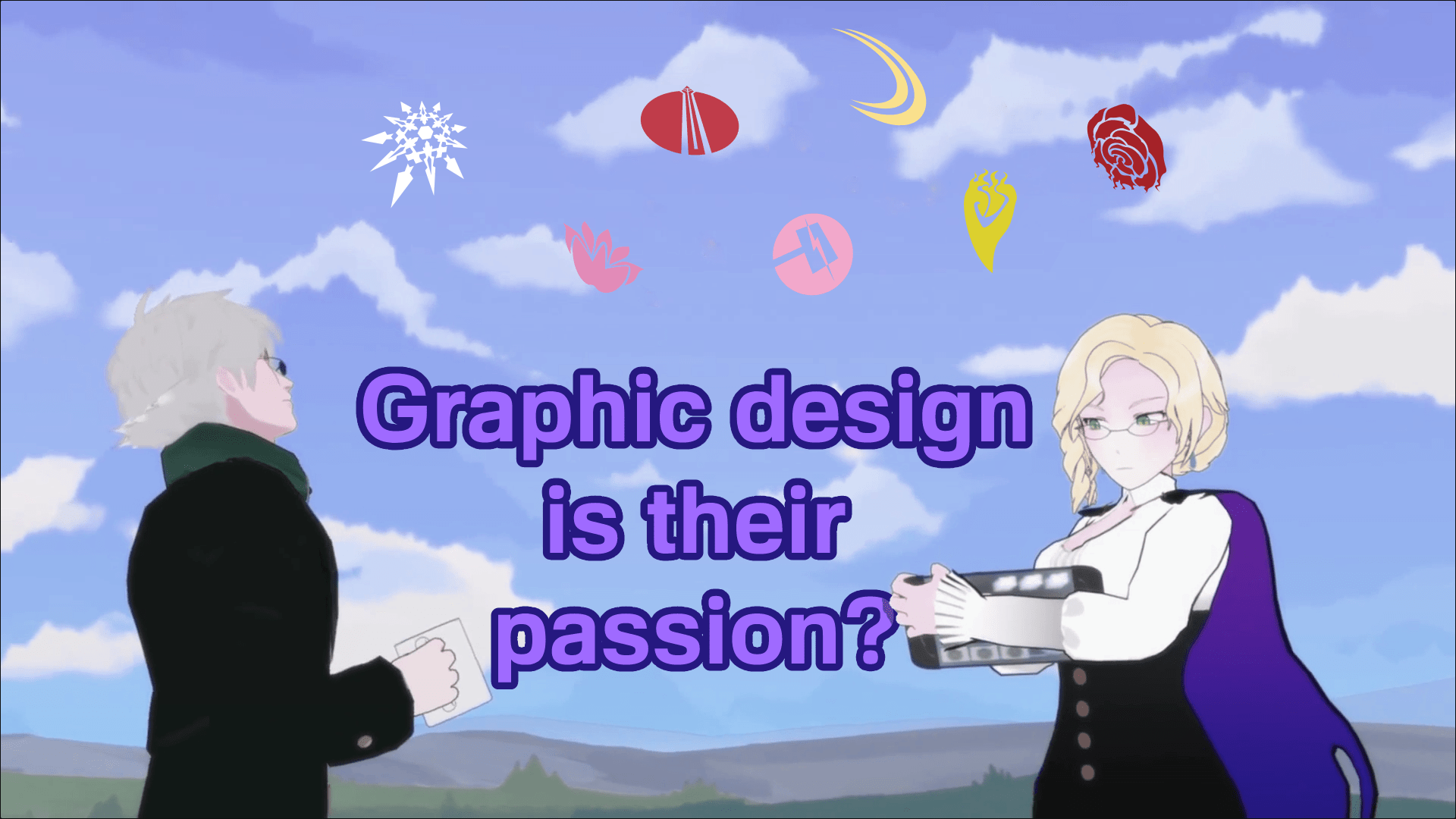 Hello everyone – intern Ash here. Hope you have been well with all what’s happening in the world – heat waves, snowstorms, exploding whales. Wish you all the best in these dark and weird times.

As for today’s article I have a question to any huntsmen and huntresses among our readers – who made your Emblems? Every one of you has some symbol representing you – either on your clothes, weapons or even as tattoos. While I can imagine some of you were able to make it themselves, let’s be real – we spend days training in combat, not in the fine arts.

This came up because me and my teammates are behind and making our Emblems in Shade Academy. We neither have the skill or the idea how they should look, while professor Rumpole’s deadline is approaching soon. Did your academies invite designers to help you? We kept asking around the students and professors, but they can’t seem to remember when or how they made their own.

“Probably some fancy artist lobby decided that this should be done to get extra cash from the Academies” – says our team leader Bailey Lupis.

“Maybe they are suffering from something similar to that semblance amnesia thingy?” – speculates teammate Gray Nevermore.

In any case we have to do it ourselves. Due to global communications still being down, we weren’t able to search anything concrete online (my articles mainly reach the vytal_news office thanks Bailey’s semblance). I was, however, able to check the Emblems of other huntsman and huntresses stored in the Shade Academy’s local database. Some are very simple, like 2 bananas or a doggy treat (which Bailey even wanted to copy). I even found an unused one that was just an arrow in a circle pointing up. What kind of famous huntsman or huntress would have an arrow in a circle as their Emblem?

Speaking of copying another symbol – there are also a lot of copycat symbols. Like these two Emblems – probably one student made theirs, then a teammate just copied, mirrored and slightly tweaked it. It’s worse copying homework! There are even more blatant ones. It’s obvious that the same rose is used, just the colors swapped to white.

However there are a lot of super difficult to draw Emblems. For example some old huntress had an extremely detailed skull as her symbol. Why would she use this? Do you imagine how long it would take to draw this?

Unfortunately, it seems I’ve spent all my time for the assignment looking for help instead of learning graphic design. Wish the best of luck for team BANG – we’re going to need it. I’m attaching below what each of us was able to doodle so far and short explanations on why we made it like that. Any tips or input is greatly appreciated.

Bailey Lupis – our team leader. She’s a wolf Faunus with a wolf tail. Apparently hates anything cat related. Her semblance is Fetch – she can swap the position of any two things that can fit in her hand as long as she has held them once. Based on that semblance, she drew a dog with ball in its mouth.

Ash Magnolia – the team scout. When not training or working for vytal_news, I help mom in her  garden. My semblance is Trailblazer – I’m constantly leaving a faint trail of aura whenever I walk. For my Emblem I drew foot prints. I would’ve liked it to be bare feet but I couldn’t draw them.

Nicolle Metaphys – the team’s frontline. Likes biting, chewing and generally appraising objects with her teeth. Due to her semblance, she’s often mistaken for a Faunus. Her semblance is Infini-Fang – she can grow and strengthen her fangs and teeth at will. At first, she drew a dog with ball in its mouth, but since Bailey called dibs, she changed it to several fangs with an infinity symbol. It looks more of a villain’s emblem to me, but I’m too afraid to tell her that.

Gray Nevermore – team’s powerhouse and chef. Her name’s actually spelled “Grain Evermore” but she doesn’t like being called “Unending Wheat”. Enjoys fashion magazines and exercising. Semblance – Bountiful Harvest lets her convert aura into various types of grain. Can come in seed form or already prepared to eat. For an emblem she tried drawing a gray Nevermore at first, but after several attempts she downgraded it to a bundle of wheat.