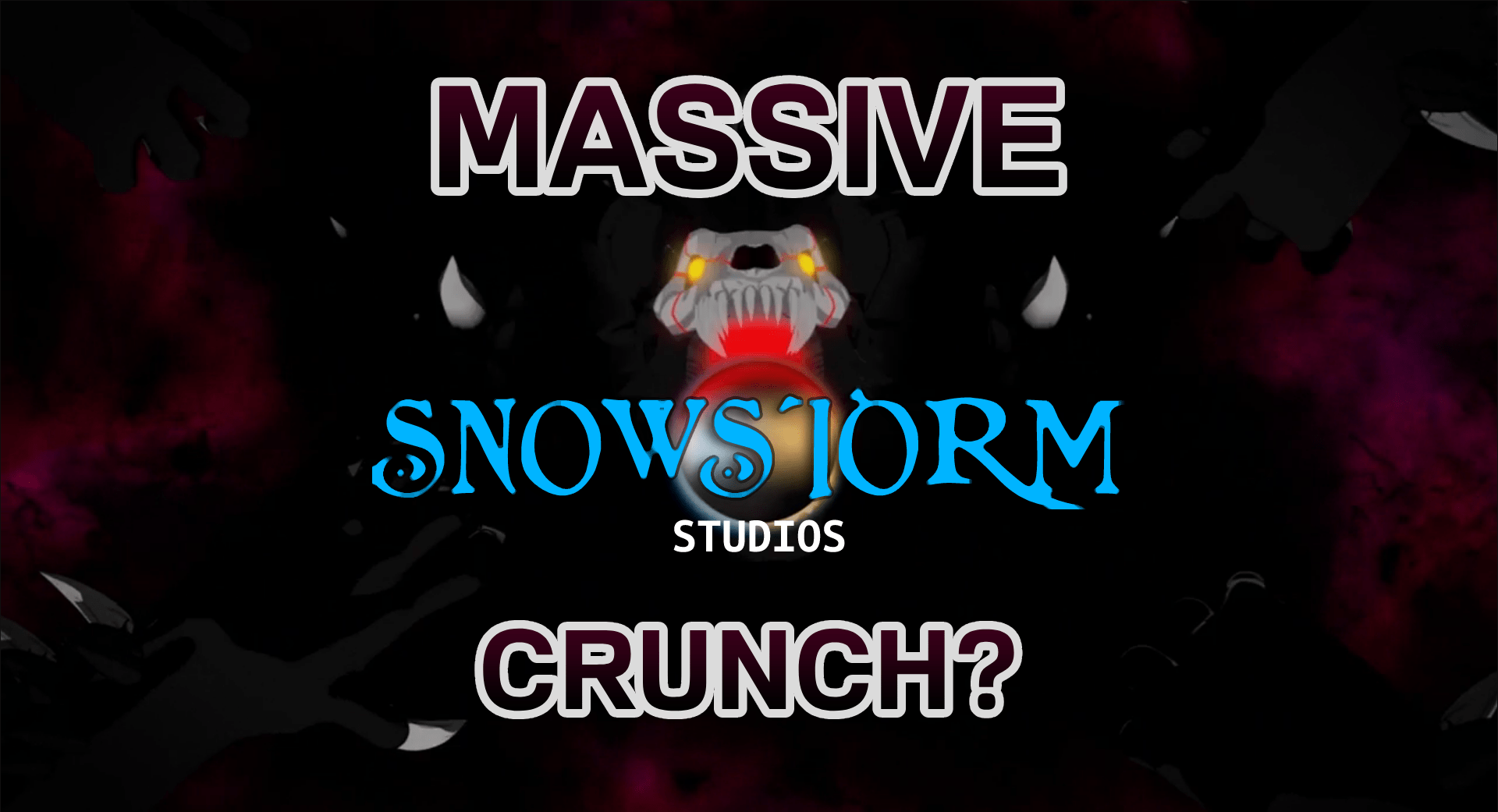 Renowned Argus video game developer Snowstorm Games was recently sued by the Mistral Council after a prolonged investigation revealed the company had employees working long overtime hours (called ‘crunch’), while suffering abuse and harassment by colleagues and higher-ups. The harshest of allegations, however, was provided by scientists – they recorded a historical Mistral record of Grimm surrounding the Snowstorm Games main office in downtown Argus.

Snowstorm Games, previously known as Order Studios, is a Remnant-wide video game developer, that has offices in Argus, Vale, Mistral (the city) and, up until recently, Atlas. Eight years ago they were bought by the Schnee Dust Company, after which followed a major company restructuring and renaming. After all of the original founders and the majority of the staff left, the company continued to produce sequels to beloved games like Total Annihilation. The latest installment, Total Annihilation: Rise of the Soaring Ninja garnered mixed reviews from gameplay outlets. According to reviewers, the sequel had improved graphics, but also soulless repetitive gameplay and a large amount of bugs, as well as a ‘mini-purchase’ system, where people, but in most cases children that cannot be held responsible for monetary transactions, can purchase miniature rewards immediately for real Lien. This has already had troubling results after a Vacuan boy spent 300,000 Lien on the recently shut down Amity Arena hoping to get a Huntress he really wanted. He still failed.

The numerous problems the game faced now appears to be directly related to the labor conditions by the company’s workers. In a vytal_news exclusive interview, an anonymous employee spoke with us: “It’s really bad out here, man… I hid myself in the bathroom so the boss can’t hear me – he told the team if anyone is caught speaking to the press, they will be literally thrown out to the Beowulves outside. Said nobody will miss us. That might be true, I haven’t seen my family in two months, all because our team has to develop a Total Annihilation sequel in 9 months. That’s a job that’d take a team twice as big three times the time!” When asked why did they choose to work at Snowstorm in the first place, the employee’s voice went meek: “It was my dream to work at the company that developed games from my youth, like Total Annihilation 1 or World of Remnant. That’s how they suckered me and countless other employees in… Now we’re stuck in the company where it’s normal to have your bosses scream at you daily for missing the deadlines they thought up, while you’re working 14 hour shifts and sleep in the office. At least the whippings have halved in frequency after the Mistral lawsuit.”

A Snowstorm spokesperson has publicly stated the company’s position in a press release today: “First of all, we deny all of the allegations that the Kingdom has laid out against us. The official explanation for the high Grimm concentration is the nearby bakery, that sells fresh bagels in the morning, which are popular with our employees. After they buy their morning bagel, the concentrated smell attracts the Grimm. Secondly, we gladly accept the award for Highest Grimm Concentration in Mistral, given by the Grimm Relief of Remnant. Thirdly, to avoid further casualties from the hordes of Grimm surrounding our building, we have bought out and then closed the local bakery, and hired an additional fifteen huntsmen to help thin out their numbers. This time we believe that students will no longer suffice and have resorted to hiring huntsmen that have completed their basic training. Fourthly, we are very very sorry for anything bad we have ever done, even though we didn’t do anything bad. Fifthly, we want to please our excited fans by announcing the newest installment in the Total Annihilation series – Total Annihilation: Soaring Ninja Falls, which is coming out in just three weeks! That is all.”

A Mistral Council representative has stated that before proper summons to court can be delivered, they are willing to wait until the newly hired huntsmen clear out the front entrance to the building and declined further comment.