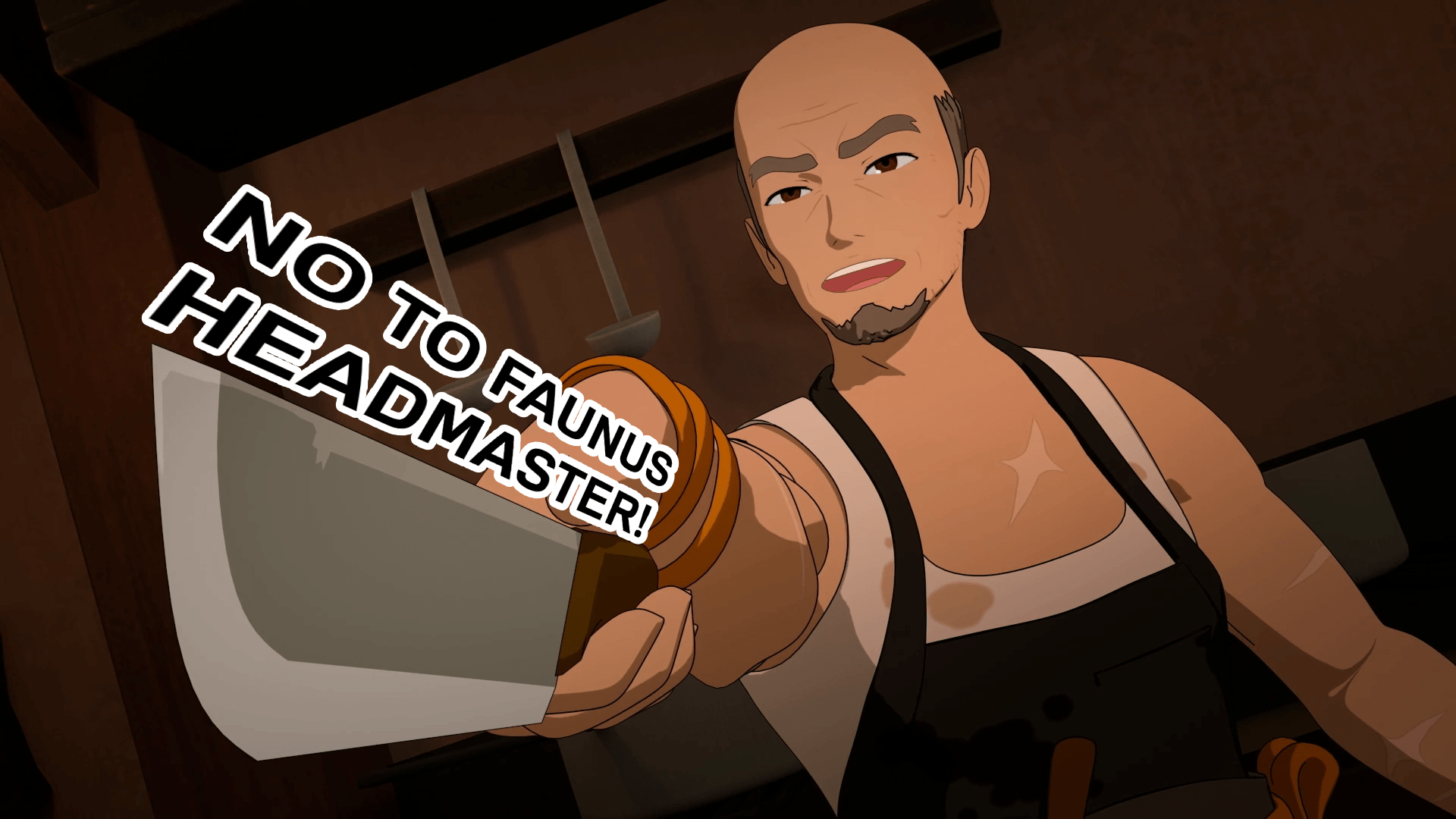 After the heroic death of Haven academy’s deeply beloved, if sometimes boring, headmaster Leonardo Lionheart, plenty of names for a replacement have been thrown into the hat. But local ramen chef Dennis Nicholan would prefer anyone if they weren’t a Faunus.

“I can’t stand it! A minute hasn’t passed after Lionheart dies and there’s a whole bunch of people lining up to take his spot. Worse yet – some of them are filthy Faunus,” said D. Nicholan, menacingly carving a wooden statue with a gigantic knife. “If Lionheart were here, he definitely wouldn’t have allowed this to happen…” I mustered up some courage and decided to ask D. Nicholan (he did not give me permission to call him Dennis) what’s so bad about someone being a Faunus.

“They’re creepy, that’s for sure. Seeing-in-the-dark freaks! Can’t trust them, not one bit! I had this Faunus fellow try to steal my Lien when I wasn’t looking. Well, joke’s on him, now there’s a sign saying “No Faunus” in front of my restaurant for around 15 years now. If any of them enter, I’m legally allowed to throw my knife at them,” said D. Nicholan, showing his lack of comprehension of local laws. The chef then pretended to throw his knife at no-one in particular, however the knife slipped from his hands.

“Ow! Anyway. Worst of all, they corrupt our kids, then they become cultists or terrorists. Me and my husband decided to let our daughter into Haven Academy only if they have a human headmaster. Why? Because you can trust them. Like Lionheart, who bravely sacrificed his life fighting those White Fang terrorists!” I decided to cut the interview short without telling the ramen chef that Leonardo Lionheart was in fact a Faunus, as D. Nicholan’s leg continued to bleed profusely and needed medical attention.