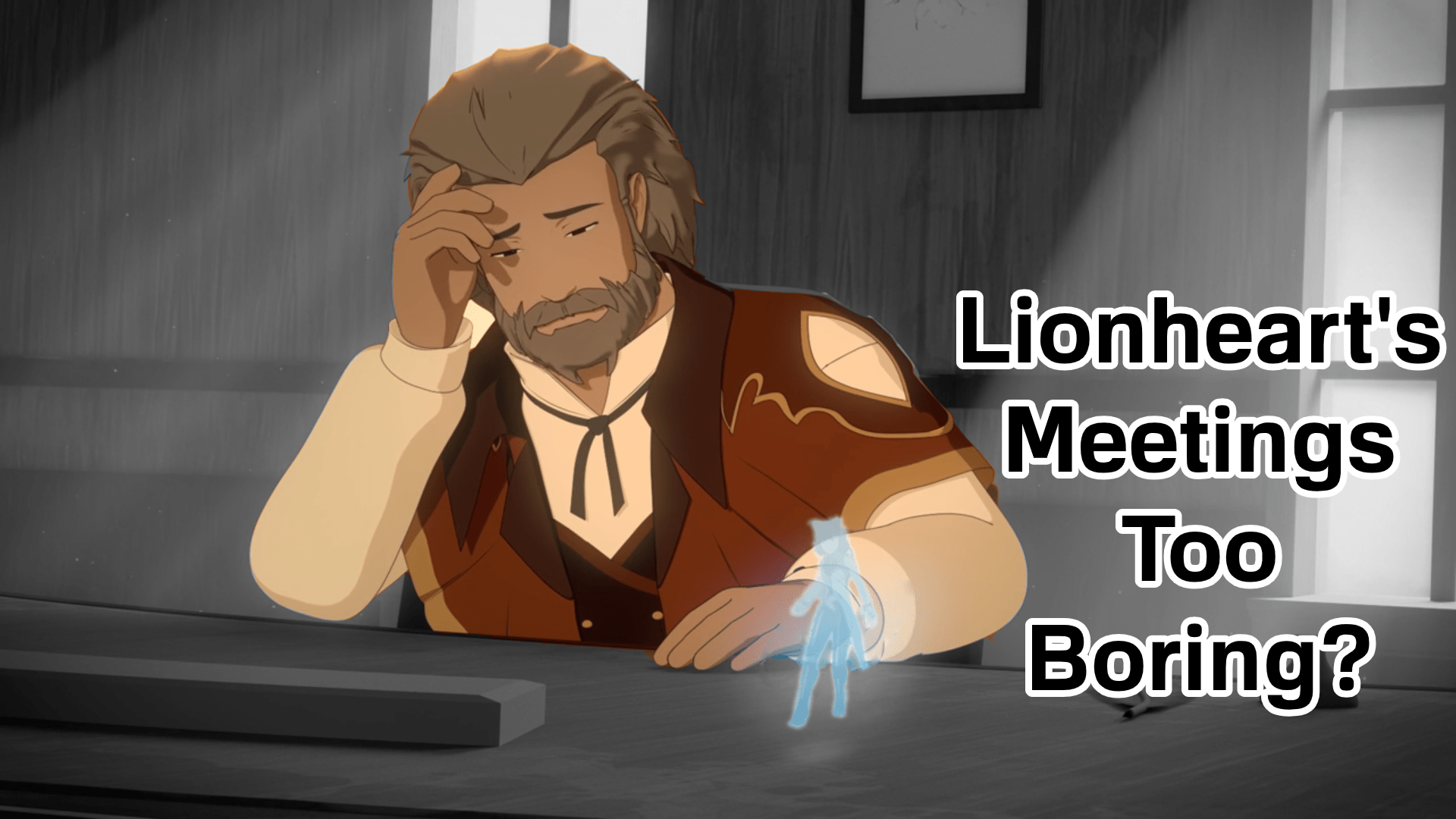 Earlier this year, the anti-human cult terrorists known as the White Fang attacked Haven Academy, less than a year after a successful attack against Vale’s Beacon Academy. Although their second attempt wasn’t successful, some people lost their lives fighting for the school, including Haven’s very own headmaster Leonardo Lionheart. Although it was a tragedy that shook entire Mistral to the core, others aren’t too bothered by it.

Fuschia Lin is a Haven graduate and has worked there as a professor for seven years. She was returning from an unsuccessful mission when she heard that Haven academy was attacked.

“My first thought was: oh Gods, that’s terrible! And my second thought was: please please please let them destroy the meeting hall.” After being asked to explain, Fuschia Lin told us: “We, erm, the entire Haven staff, had weekly meetings there. They used to last up to two hours! I used to think I’d rather teach seven freshman classes on weapon maintenance rather than sit through Lionheart’s long-winded monologues, Gods bless his soul.”

F. Lin then continued: “I was a bit late returning from my mission since I got attacked by a scorpion faunus and was dying in an alleyway for three days. As I was bleeding out quite impressive amounts, all I could ever think was: at least I won’t ever have to listen to another Lionheart’s speech ever again.” After proudly displaying the scars where her assailant’s weapons pierced through her side, she elaborated: “I have no idea who that guy was or how he knew I was a huntress, but my partner didn’t fare so well. Some big hairy guy just popped his head like a watermelon with his bare hands. He then looked at me, while I was writhing in pain from all the poison and calmly said: ‘I’m sorry.’ Weird dude.”

The Haven professor first expressed her mild pleasure of the attack on Haven on social media, where she was immediately asked to explain her controversial opinion. She wrote on ScrollShare: “What I meant to say is, at the end of the day, only a few people were hurt, BUT they completely stopped the White Fang and now Menagerie is closer than ever with Mistral. It’s a win on both fronts!” In an interview with our reporter, however, Mrs. Lin said: “Oh yeah, I don’t care about those things too much. No more weekly meetings for me, baby!” The huntress then threw her arms up in celebration, then winced in pain and started holding her side.

“Headmaster Lionheart was certainly a brave man. He’s the only one who dared to speak to fifty armed huntsmen for three hours about curriculum structure of third-years. At some point I just gave up and started watching videos on my scroll. Have you seen the one of this faunus girl dancing?”

As she was showing the video, Fuschia Lin was interrupted by a message on her scroll, demanding her presence at a meeting about the school’s reopening.