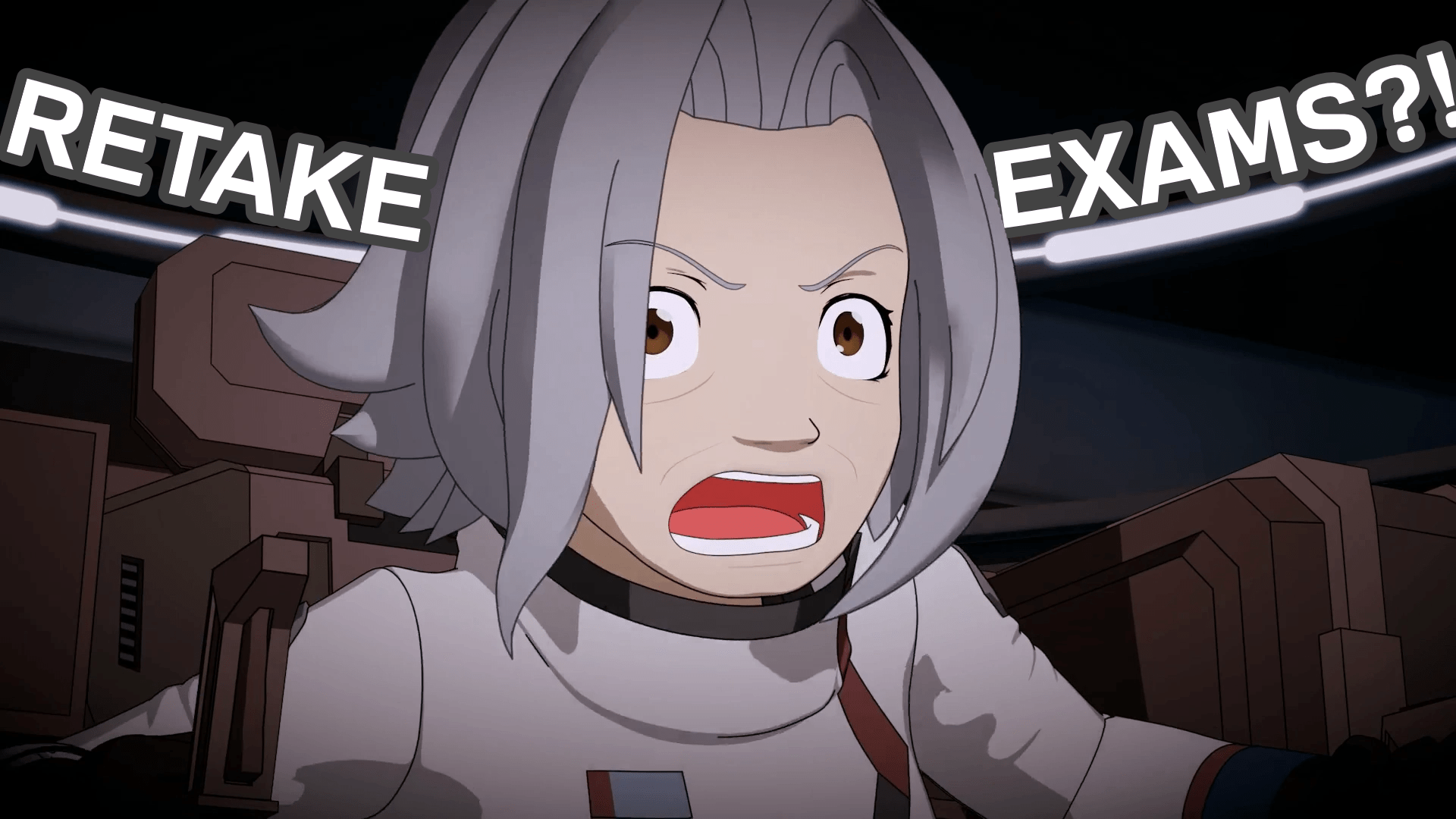 An altercation involving a weapon-wielding senior citizen this morning has people riled up and calling for the Kingdom to require elderly huntsman to retake their license exam.

An incident between a shopkeeper (who wished to remain anonymous) and an 87 year-old customer M. Tango, wielding a massive greatsword that transformed into a gigantic folding fan. According to witnesses, the argument began over a dispute of 2 Lien worth of change. After both parties lost their temper and began shouting, the elderly customer took out his weapon and made a large swing, knocking out the shopkeeper and two other civilians caught in the swing. Two patrolling police officers saw the incident and came to intervene.

Our reporter questioned officer Smalt, who was at the scene. “The… suspect in this case is… uh, allegedly, very old and can barely see or hear. Unfortunately for us, it seems that his semblance granted him super-strength. The Tango… I mean, the tango by the name of Tango panicked and sent Dodger, I mean, officer Dodger, flying back thirty feet. Give or take. Thankfully, I had my taser… I mean, it’s not my taser, but I was issued it… I’m sorry, I’m not used to electrocuting someone who could have fought in the Great War… It was a truly shocking experience… No, wait, I didn’t mean that!”

Somewhere in the middle of the second swing, M. Tango let go of the weapon, hurling it into a far-away fruit stall, injuring three more. The perpetrator was then tased and arrested, but claims he is innocent as he cannot remember doing any crimes. This incident quickly got the attention of people in social media. Commenters pointed out that this incident was only possible due to the huntsman license, as it and the right to carry your weapons anywhere in Mistral does not have an expiration date.

“Its so DUMB! I cant believe they dont let ME to take the exam bc ‘Im ToO yOuNg’ but some ancient fosil can carry his weapon everrywhere!! [sic]” a comment by ScrollShare user “bringbackpirha” reads. Other commenters explained their feelings on the topic in a more reasonable manner. Commenter “TheRealCocoOfficial” wrote: “I’ve got nothing against old huntsmen. As long as they can pass the thirty-page written exam and rigorous physical and psychological evaluations that follow.”

Such an incident involving elderly huntsmen is the third one this year, following a senior accidentally shooting a waiter during brunch and an unknown elderly huntress hijacking an Atlas airship.

Editor’s note: we want to apologize to Ms. Cordovin for using her image without her permission with an implication that she was considered elderly. We want to make it known that her image was chosen only due to her experience as a huntress and in no way was intended to make light of her age or question her capabilities.