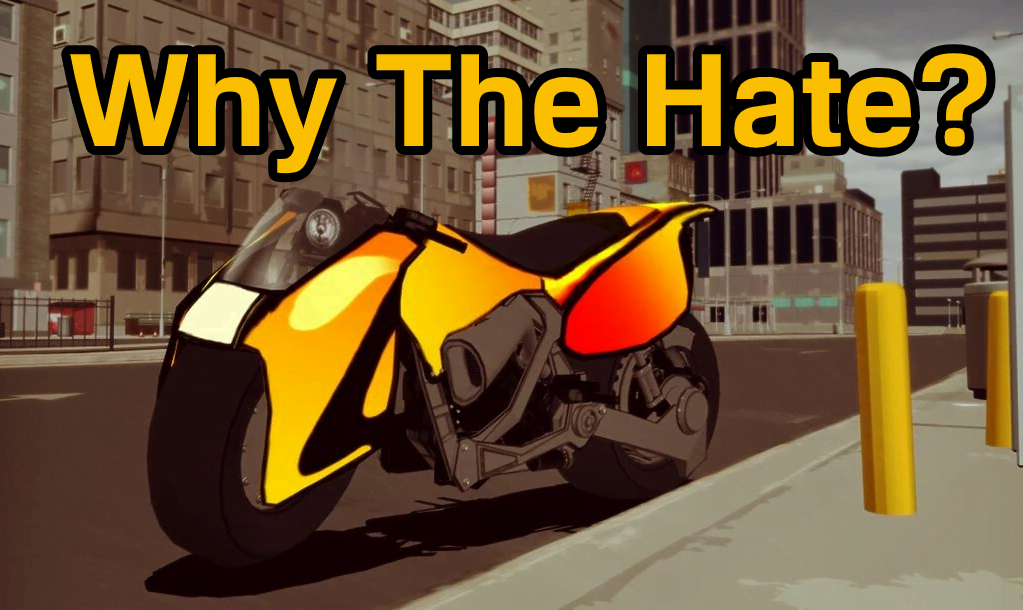 Multiple people have publicly spoken out in social media against a yellow bike called “Bumblebee”, confusing many of those, who have little idea of what is going on.

One of posts denouncing Bumblebee, written by ScrollShare user “bringbackpirha” reads: “I HATE bumbleby and all it stands for. they barely had time togetther! [sic]” It is assumed that comments are directed to the owner of the bike, huntress Yang Xiao Long, whom we found in Atlas Academy, sparring with her team.

“Yeah, that’s my bike, Bumblebee,” Yang Xiao Long said, after seeing a picture of the motorcycle. A moment later, the huntress scratched the back of her head, giggled and said: “I kinda lost it, you know…”

Bumblebee was found sunken in the waterfall near Argus, with the city promising to salvage it from water as soon as repairs on the hard-light barriers and the town hall are finished. Local divers mentioned a peculiar detail: there is a deep imprint of a boy’s face on the front of the bike, possibly from a heavy collision.

We questioned some people in Argus and most have heard of Bumblebee before, but have little clue as to why people dislike it so much, apart from the obvious pollution of the waterfall. A local tailor Yui Samon told our reporter: “I know of Bumblebee, but I don’t get what the big deal is. Its color might be a bit tacky, but you don’t see me write about it. My thirteen-year-old son constantly talks about it, also mentioning some black suns or something. I fear he might be in a cult. Is he in a cult?”

Finally, we have managed to interview one of the people discussing Bumblebee and asked them to explain further. Stanley Sable, currently unemployed, spoke with us. “You see, Bumblebee is only possible thanks to V6. Before that, it wasn’t even a thing,” Stanley said, referencing the six-cylinder engine of the motorcycle. He then continued: “It’s all just pandering anyway, they should have just kept Black Sun for a while longer.” Stanley paused, wiping the grease off his second chin, while proudly displaying his T-shirt with the face of some faunus girl. “Honestly, anything is better than Bumblebee. Hell, I’d take even Freezerburn over it!”

We do not have knowledge whether “Freezerburn” is a different bike, but we conclude that it does sound pretty lame.