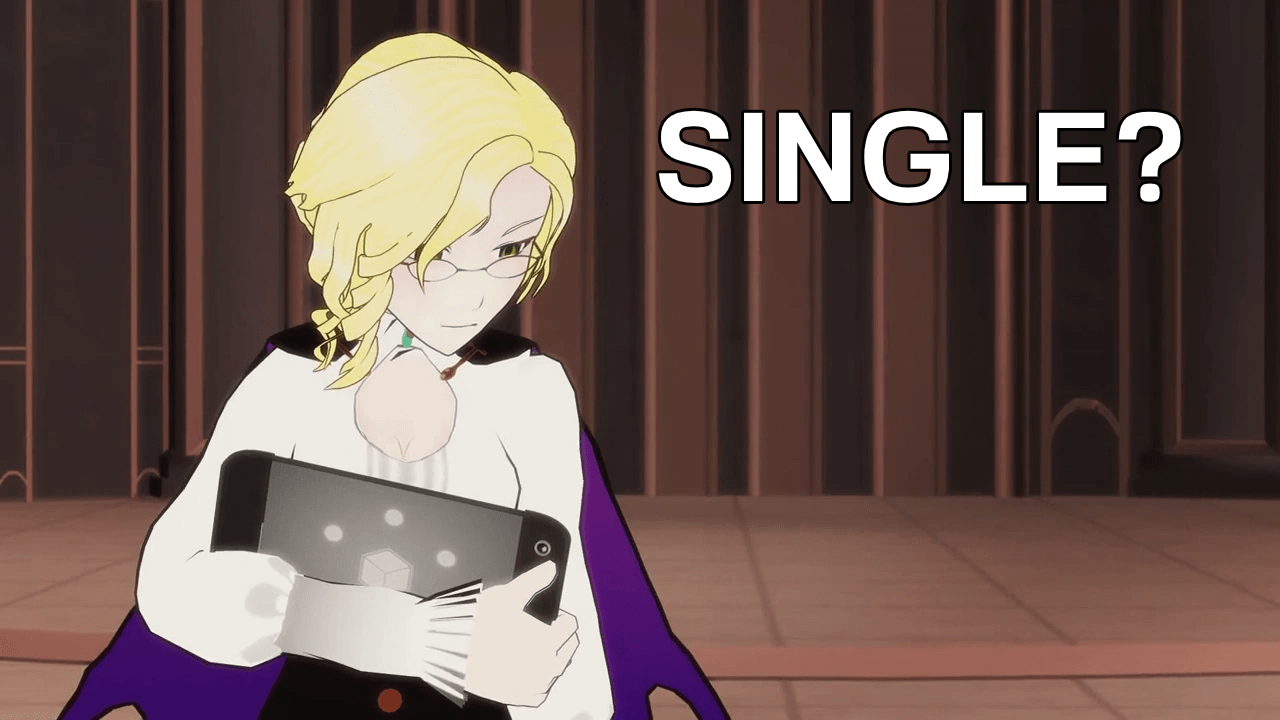 Glynda Goodwitch, the new headmistress of Beacon Academy, is very tired, especially of eager students and their now-widowed dads.

After Beacon’s former headmaster Ozpin tragically died during the defense of the academy, the title of Beacon’s headmaster, or rather headmistress, was automatically granted to his second-in-command, Glynda Goodwitch. Judging by her current attitude, however, it doesn’t seem like it’s much of a boon to her.

“It’s an empty title, the school is destroyed and it’s going to take months if not years to even start considering re-opening,” said Glynda Goodwitch, while using her telekinetic semblance to move a three hundred pound rock from a pile of debris. She then continued:

“I’ve had students and parents ask me when Beacon will reopen not two days after our school was destroyed by a terrorist cult. Can’t they see the massive Grimm wyvern petrified on top of the school?” Goodwitch gestured her riding crop towards Kevin, the gigantic dragon-like Grimm frozen on the top of Beacon’s tower.

“Grimm have swarmed the surrounding areas, and there’s not enough huntsmen in Remnant to clear them all out. The construction companies refuse to come in, stating it’s not safe, and I can’t really blame them.” Goodwitch then ducked, avoiding a Beowulf lunging towards her, sidestepped another and sent them flying back with her semblance.

“I’d also appreciate if people stopped asking if I’m single. Frankly, it’s highly inappropriate, and there’s not even a good place to go on a date, seeing as everything in a twenty-mile radius is destroyed and filled with monsters.”

Glynda Goodwitch excused herself from the interview when she was attacked by two Deathstalkers, which she promptly took care of.