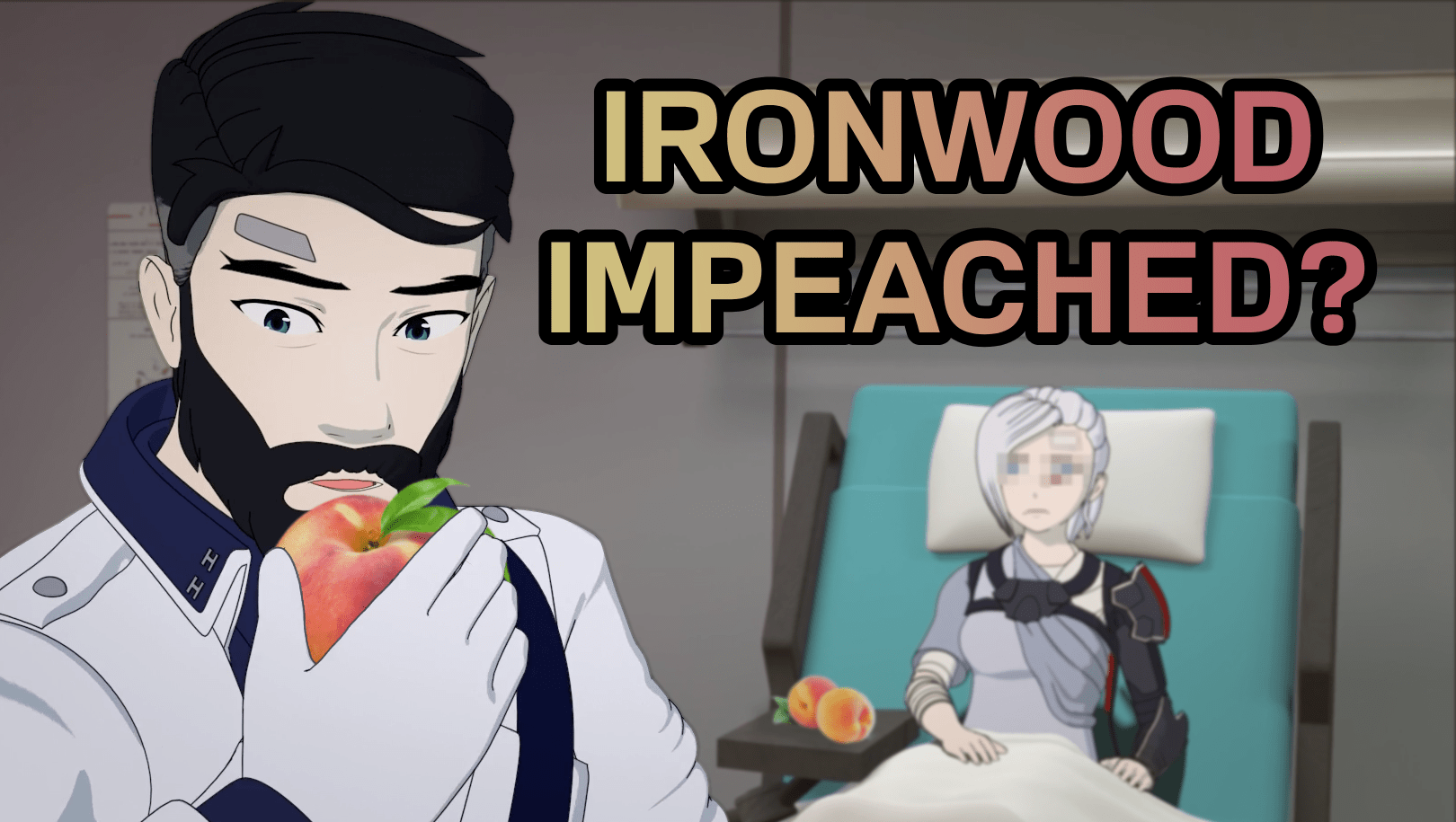 An attempt to impeach General James Ironwood has failed to collect the necessary number of votes and has been dismissed, sources close to the Atlas Council state. The vote, held this morning, was behind closed doors and not disclosed to the public, the media or even me. This, among other peculiar details, makes many supporters of General Ironwood wonder if this was just an another attempt by the General’s detractors to discredit him.

The impeachment vote began after the Chief Justice of Atlas, Mary Plain, received “strong and compelling evidence” from “an anonymous councilperson” regarding various crimes that the General allegedly committed. Among them was attempted insurrection, successful insurrection, high treason, unlawful use of guns in a hospital and the murder of Councilman Sleet. A notice to attend was sent to every seat in the Council, even to those who are currently on vacation or presumed dead, and the floor vote was held this very morning. I spoke to Chief Justice Plain about this vote, as we currently have nothing better to do being stuck in the same underground evacuation shelter.

“We decided to hold the vote privately, in order to limit the emotional width displayed by our populace – the number of Grimm here was already threateningly high. Unfortunately, only the General and the anonymous councilperson attended the vote. Before holding the vote, I read the charges presented against the defendant and asked the General for a response. He came up to the stand, pulled out his revolver, silently, slowly and very deliberately reloaded it, then left. It was an unorthodox defense, but I suppose it worked,” Chief Justice Plain told me, scratching her wig. “There needs to be a majority vote for the impeachment to go through. The vote was 1 for and 2 against, with the rest not voting,” Mary Plain explained, shrugging and almost hitting me in the face with her gavel.

The council usually has five seats, however the fifth seat was up for election this year. Since the winner of the election, Jacques Schnee, was arrested for falsifying the election, the vacant seat was supposed to go to second-place winner Robyn Hill. She is currently also arrested and sharing the same cell block as Jacques, therefore the Council seat remains empty. Considering that Atlas law states that the General of the army and the Headmaster of the Academy hold a seat each – and General James Ironwood is both – he holds two seats in the Council. Two of the four seats. It’s impossible he becomes impeached unless he pushes the wrong button and votes himself out. I explained this to the Chief Justice, who went silent for a few moments, staring vacantly into the shelter wall. After a while she spoke quietly: “Yeah, I guess we should have seen this one coming.”

I decided to contact Councilman Sleet to see if he confirms the allegations of him being murdered. Although I could not reach him by Scroll, the Councilman responded to me in a social media message. It reads:

“Hey, yeah, sorry I can’t talk right now – I’m in the beach and we have terrible reception here. The claims that I was murdered are completely false and fabricated. I just can’t show my face right now since I forgot my sunscreen and my skin dries really easily. Tell my voters I’m perfectly fine and healthy and there’s no need to worry. Bye!”

Give me video games or give me death!

It looks like Sleet’s in Menagerie right now; Awesome! I knew I made the right choice voting for him! Pro-Faunus rights? Check. Welfare programs? Check! Free university tuition? CHECK!

Dunno why he’s going about in that dark suit in that kind of heat, but whatever. The man is always the stylish type.

You people are BLIND – Ironwood’s been using you! He lies, he steals, he cheats and he might have even removed Sleet by sending him on a FORCED vacation! WAKE UP