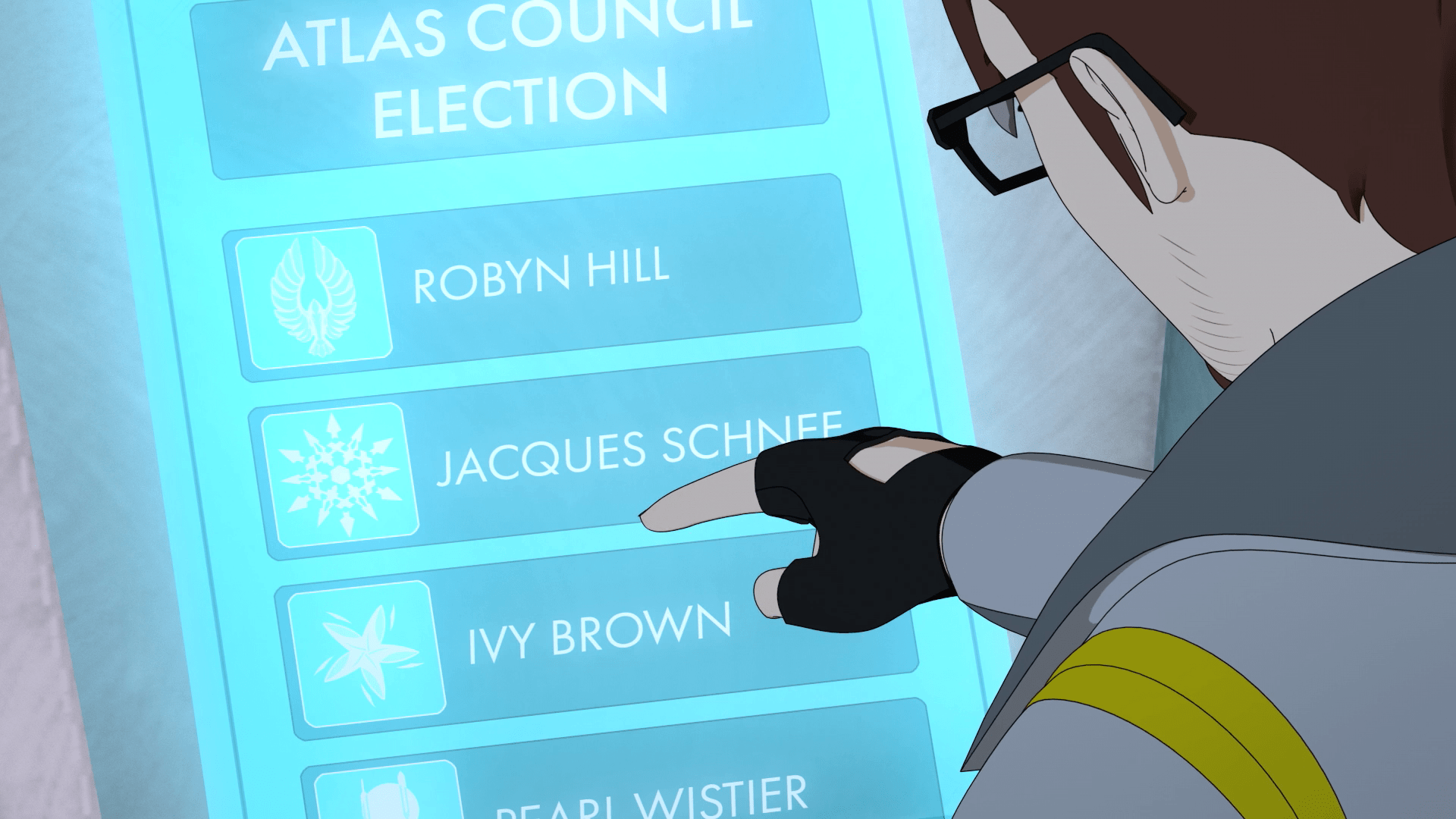 Day before the election, Atlas, Kingdom of Atlas.

Atlas, arguably the most powerful kingdom of Remnant, just recently began a large-scale council election to determine the next councilman, or councilwoman, in the kingdom’s council. The council, as citizens of Atlas and inhabitants of Mantle very well know, is responsible for at least 20% of new laws and kingdom-wide decisions, and sometimes even disputes the laws put up by the kingdom’s oligarchs.

The Atlas council consists of 5 seats in total, with two of them being controlled by Atlas Academy headmaster, Atlesian army general, generous sponsor of Vytal News and all-around a great man, James Ironwood. The other non-vacant seats were occupied by councilwoman Camilla and councilman Sleet, who are vastly inferior to general Ironwood in both looks and wisdom.

Although the entire kingdom agrees that general James Ironwood would be the best choice to lead the nation as a king or god-emperor, due to unfortunate laws of democracy, a fifth councilmember had to be chosen.

Although Robyn Hill was the go-to winner for the election, Jacques Schnee played his trump card just the day before the election, threatening all seventy four thousand of his employees to either vote for him or lose their jobs. The Justice Department by the Ministry of Dust Relations found no foul-play in this maneuver. Jannequard Schmidty, head of the Justice Department had this to say:

“After an extensive investigation lasting for almost several hours, we have found that that Jacques Schnee has not violated any election rules by kindly suggesting that almost a fifth of eligible voters vote for him or lose their jobs.” After the statement J. Schmidty was overheard calling his wife on his scroll, asking to move to Vacuo due to his suddent case of unemployment starting tomorrow.

General James Ironwood was asked to comment, however he has not yet responded as he was last seen beating up a 14 year-old foreign boy and as such is considered to be extremely busy with national affairs.